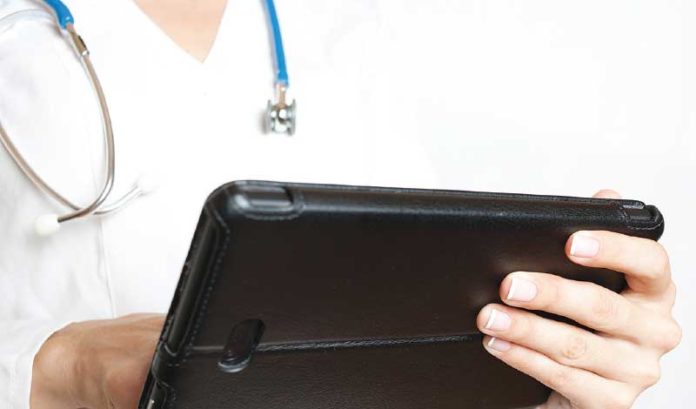 Electronic medical records are not just for the benefit of the health care system and patients. Experts say they also are an important tool for employers to help cut costs — especially for employer-funded benefits.

One problem, however, still persists.

While electronic records are useful within health systems, patients seeking care at independent facilities, or who visit physicians whose practices are not connected to larger systems, are no better off than the good old days of paper files.

The state’s New Jersey Health Information Network — a collaboration of health care and information technology institutions in the state — is trying to change that by pushing for a complete statewide infrastructure.

So far, all acute and post-acute hospitals, and anyone using the more popular electronic record programs, is connected. But many independent physicians — where all the most valuable health data lies — are left out of the loop.

So, the Medical Society of New Jersey has stepped up, in partnership with Kansas-based KaMMCO Health Solutions, to overcome the communication barrier.

“What they don’t have is these community doctors. That is something they have not been successful in retrieving,” said Sneha Marlene Kalayilparampil, project director at MSNJ.

“This (project) covers that for the entire state.”

The concept of a health information exchange isn’t new. It was created by the federal government in 2014 to alleviate that burden.

At that time, New Jersey providers received hundreds of millions of dollars in federal incentives to increase the use of electronic health records. And, through $12 million in federal grant funding, the state connected existing regional health information infrastructures.

Many of New Jersey’s hospitals and large provider groups use either Epic or Cerner — both major players — while physicians and other smaller providers have used homegrown or smaller companies such as MedXCom, DocView and Health Gorilla.

KaMMCO, a provider-led subsidiary of the Kansas Medical Mutual Insurance Co., already has partnered with a half-dozen state medical societies on the East Coast and is implementing a health information exchange for these physicians and other clinical groups.

It will be a subscription-based service per physician, or per group, and non-MSNJ members can also subscribe, according to Kalayilparampil.

Last week, Laura McCrary, senior vice president of KaMMCO, told a crowd at the Healthcare IT Summit held by the New Jersey Business & Industry Association that employers need to be engaged in this movement.

“You’ve got to demand connectivity of the health care providers that are providing care to your employees,” McCrary said.

This information, like a cloud service for statewide health data, would help find high-risk patients or higher utilizers of the health care system, Kalayilparampil said.

And with better information, malpractice suits and opioid abuse cases can be better defended, and possibly reduced, some experts say.

McCrary said that, in many of the states the company works in, emergency rooms don’t speak to each other, and that results in ease of abuse when patients move from one to another seeking to score opioids.

The parent company of KaMMCO, which handles malpractice coverage, believes a better infrastructure can help avoid costly malpractice suits — because mistakes can be found, and the source of them, or avoided altogether.

MSNJ will be working on setting up the new HIE infrastructure in the next five years.

Since July 2017, the Department of Health has been expanding the NJHIN by onboarding Trusted Data Sharing Organizations and more data sources (Public Health Registries, of which there are nearly 500, according to DOH Commissioner Cathleen Bennett), according to the DOH.

NJDOH, the state Department of Human Services and the New Jersey Innovation Institute have worked together to obtain funding to promote the expansion of interoperability and the NJHIN in New Jersey — which has an advisory council that met for the first time Oct. 27.

The goal of the council is to collaborate with the industry and monitor the data to help advise and creation of policies.

ID Care head says issue is restricting the unvaccinated, not just masking — or unmasking — the vaccinated