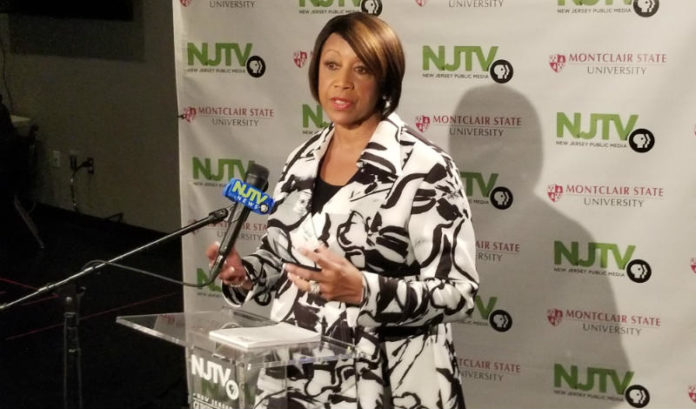 Lt. Gov.-elect Sheila Oliver will serve as commissioner of the Department of Community Affairs.

This is the first cabinet appointment of Gov.-elect Phil Murphy’s administration.

“From the beginning, I made it clear that I chose Sheila as my running mate to be my partner in Trenton, not just an ally on the campaign trail,” Murphy said. “The Department of Community Affairs is critical for partnerships with local government, economic development and affordable housing priorities, and the depth and breadth of Sheila’s experience in local, county and state government makes her an ideal choice as commissioner. By helping our communities move forward, Sheila will be a critical part of our mission to bring a stronger and fairer economy to all of New Jersey.”

Oliver, the first female African-American to be elected to a statewide position, has previously served as director of the Office of Youth Services and Special Projects in the Newark mayor’s Office of Employment and Training, as well as serving as an Essex County freeholder, assistant county administrator and director of the Essex County Department of Economic Development, Training and Employment.

“The people of New Jersey connected with the Murphy-Oliver ticket because of our message of strengthening the economy from the middle class out,” Oliver said. “Nothing is more critical to the future of our state than the future of our communities. I thank Gov.-elect Murphy for this honor and for his confidence, and I look forward to working with him to bring real change for the people of New Jersey.”