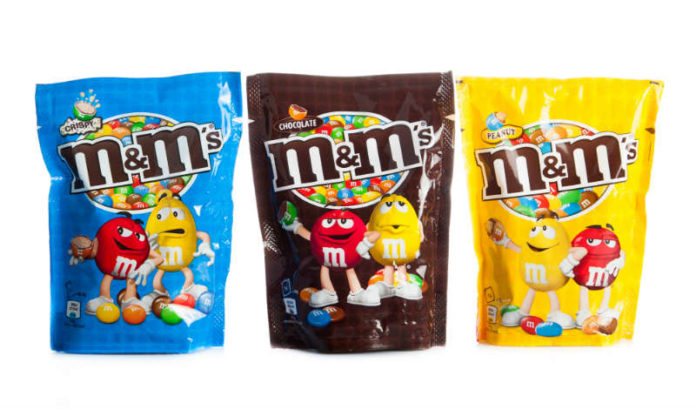 The application will be heard next Tuesday at the next New Jersey Economic Development Authority monthly meeting, according to a posting of the agenda by the EDA on its website late Friday afternoon.

Four people familiar with the application have told ROI-NJ that the company is planning to be the major tenant at Ironside Newark, the building that is the centerpiece of the recently announced Mulberry Commons project, a park that will connect the Prudential Center to Penn Station.

All four of the sources requested anonymity as they are not authorized to speak about the potential move.

The application is one of a dozen applications totaling more than $220 million in Grow NJ grants on the agenda for next week’s meeting.

How many employees from Mars Wrigley Confectionary would be in Newark — and where they would come from — is unclear.

One source indicated that the majority would be relocated from a Chicago site and would be joined there by some employees currently located in Hackettstown.

Another source said the Hackettstown facility may also gain employees from Chicago, saying, “it will pretty much be a wash” for the employee base in the town.

An employee at the Hackettstown facility said some senior leaders were told the company wanted to move to an urban setting near mass transit to be in a better position to attract a millennial workforce moving forward.

Ironside Newark would fit that description.

The building, owned by Edison Properties, is expected to open in the fall of 2018 and become one of the premiere business locations in the city.

The Ironside building will be a seven-story, 450,000-square-foot property that promises penthouse offices, a shared roof deck, ground floor retail and restaurants as well as access to major transportation hubs and the city’s ultra-fast high-speed internet connections.

There is no indication that manufacturing, which is done at the Hackettstown location, would be moved to Newark.

In fact, Mars Wrigley Confectionery has applied for a second, smaller Grow NJ award for its Hackettstown location.

Here’s a look at the two requests:

According to the EDA agenda, application 44618 is a request:

“To approve the application of Mars Wrigley Confectionery US LLC for a Grow New Jersey Assistance Program Grant to encourage the applicant to make a capital investment and locate in Newark, NJ. Project location of Newark, Essex County qualifies as a Urban Transit HUB Municipality under N.J.S.A. 34:1B-242 et seq and the program’s rules, N.J.A.C. 19:31-18. The project is eligible, pursuant to the statute, for bonus increases to the tax credit award for Deep Poverty Pocket, Transit Oriented Development, Jobs with Salary in excess of county average , Large Number of New and Retained Jobs, Targeted Industry of Manufacturing, Exceeds LEEDs Silver or Substantial Env. Remed. The estimated annual award is $3,153,920 for a 10-year term.”

Application 44646 serves as a request:

“To approve the application of Mars Wrigley Confectionery US LLC for a Grow New Jersey Assistance Program Grant to encourage the applicant to make a capital investment and locate in Hackettstown, NJ. Project location of Hackettstown, Warren County qualifies as a Other Eligible Area under N.J.S.A. 34:1B-242 et seq and the program’s rules, N.J.A.C. 19:31-18. The project is eligible, pursuant to the statute, for bonus increases to the tax credit award for Jobs with Salary in Excess of County Average, Targeted Industry of Manufacturing. The estimated annual award is $115,000 for a 10- year term.”

In February, Mars Inc. announced its plans to combine the Mars Chocolate and Wrigley segments to create Mars Wrigley Confectionery. In the announcement, the company said Chicago would be its global hub.

NJMEP gets $1.5M in state funding to help grow jobs in...

Murphy to make 4-day economic mission to Ireland in April