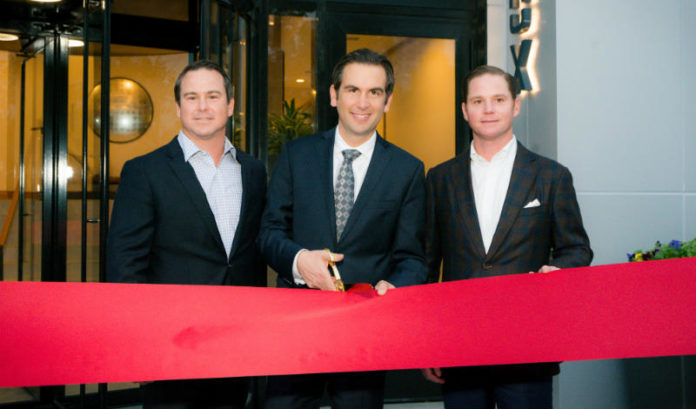 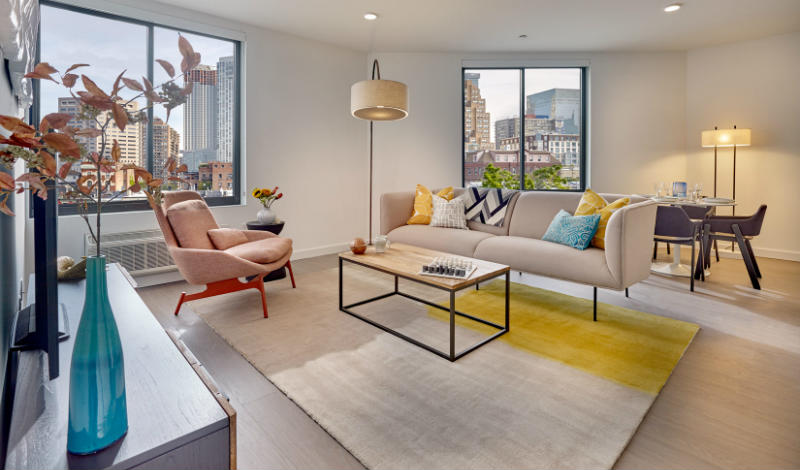 A look at a residence at the Lenox building in Jersey City. – Fields Development Group

It was a busy day for Jersey City Mayor Steven Fulop, who took part in the ribbon-cutting for a new luxury residential building in the Paulus Hook neighborhood Monday, and also announced plans for a new museum and community center in Journal Square.

Fulop and other officials, along with executives from Fields Development Group, celebrated the official grand opening of Lenox, a 15-story tower located at 207 Van Vorst St. According to a news release from the developers, the property is the only new luxury residential development in the neighborhood at the southern end of the Hudson waterfront.

“As someone who lived in Paulus Hook for quite some time, it’s really terrific to see the changes that are happening, and the role that Fields is playing in the neighborhood’s evolution,” Fulop said in a prepared statement. “It’s also been great to see the growth that Fields has experienced in recent years. It’s been inspiring to watch the company grow its business here, while employing Jersey City residents and making a true difference in the community.”

Lenox includes 255 studio, one-, two- and three-bedroom residences ranging in size from 430 to 1,530 square feet, the Hoboken-based Fields said, as well as 7,200 square feet of ground-floor retail space. Leasing is underway, officials added.

“We’re extremely excited to celebrate the opening of Lenox, which is a true game-changer for renters who want to live in one of Jersey City’s most desirable neighborhoods, and are looking for more space and an amenity package that will enhance their lifestyle,” James Caulfield, co-founder and partner at Fields, said in a statement. “In developing the building, we paid extreme attention to detail to ensure it exceeds high expectations of the modern renter. While the Jersey City luxury rental market is extremely competitive, we can confidently say that Lenox is a cut above any other building in the city.”

Marchetto Higgins Stieve was the architect on the project, while Fogarty Finger designed the interiors. Bozzuto Management Co. is in charge of property management.

On Monday, Fulop also announced that the New Jersey Local Finance Board has authorized the Jersey City Redevelopment Agency to issue $10 million in redevelopment bonds so the city can purchase a Journal Square building that will house a new Jersey City Museum and community center.

The city said in a release that the project will be located in the PathSide Building, 25 Sip Ave., next to the Journal Square PATH station. The five-story, 55,000-square-foot building is currently owned by Hudson County Community College.

In September, the JCRA approved a $9 million deal for the building.

“As a culturally diverse city with a thriving arts community, Jersey City should have a museum and one that is a premier regional destination,” Fulop said. “Our vision for Journal Square is to make it the cultural center of the city, with the museum and community center as an anchor. We are working to attract a partner with national status to collaborate on the operations and programming, as well as creating a space for local artists to exhibit their work.”

The financing includes the hiring of a consultant to craft a strategic plan; a request for proposals has been issued.

A previous Jersey City Museum closed in 2010 after financial difficulties.