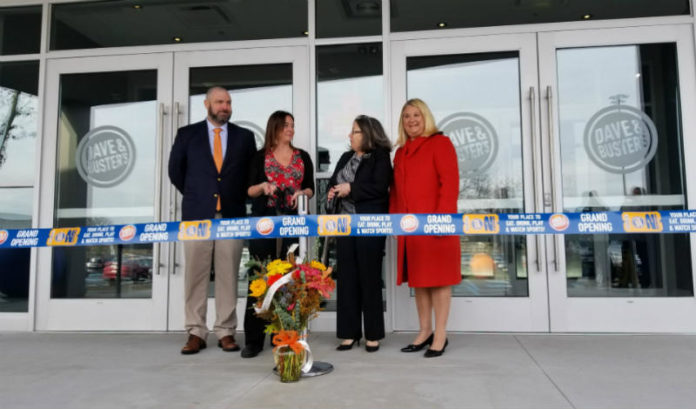 The restaurant and entertainment venue comprises 34,000 square feet at the Woodbridge Center mall, including arcade games and sports viewing areas.

“Woodbridge is the ideal place for Dave & Buster’s very first New Jersey location,” Theresa Kovarcik, general manager of the venue, said in a prepared statement. “Its central location provides the opportunity for guests from across the region to come by and see that Dave & Buster’s does fun better than anyone. Guests will be delighted by how focused my team and I are on ensuring they have an amazing, unforgettable experience with each visit.”

For 56 years, New Jersey banned the combination of games and alcohol in one venue, but legislation passed earlier this year allowed for Dave & Buster’s — which has locations just over the border in both Pennsylvania and New York — to open restaurants here.

The new Dave & Buster’s includes the popular arcade, plus a sports bar and private event spaces.

Dave & Buster’s is headquartered in Dallas, and operates 103 locations in North America, with two more slated to open this year.

Marketing 101: Fans driving Hyundais will now get premium spots at...