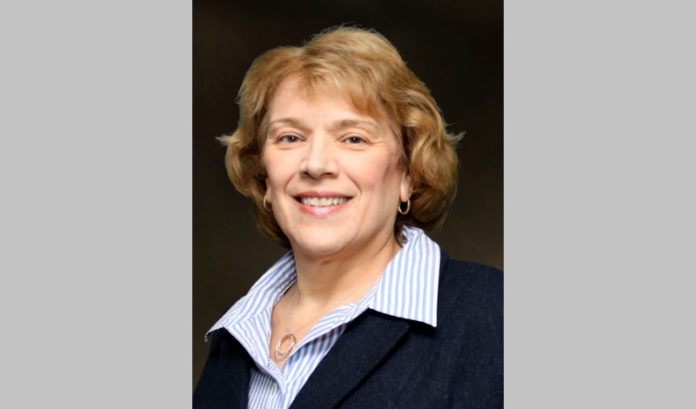 Melanie Willoughby is looking for her next challenge.

Willoughby, who has been named to the transition team for Gov.-elect Phil Murphy, announced her retirement from the New Jersey Business & Industry Association on Friday.

But Willoughby told ROI-NJ that, even at the age of 63, she has many years left to work.

Specifically, she has intentions to stay in Trenton, but is currently figuring out what her next steps are.

Willoughby, who served briefly as interim president of, and is currently chief government affairs officer for NJBIA, has been a strong presence in the state for decades.

In fact, it could be argued she has made an impact in New Jersey since her first day of college.

A member of the first female class to be admitted to Rutgers in 1972, Willoughby quickly made her mark by becoming the school’s first female student government president.

After graduation, Willoughby spent the next four decades making an impact in government and the business world, serving on a variety of boards, associations and commissions.

“I am grateful for my years at NJBIA and I am very proud of what we have been able to achieve together,” Willoughby said. “Working with different levels of government, building relationships and grassroots campaigns, and engaging in constructive dialogue with stakeholders is not always easy work. But it is always gratifying work.

“I have been blessed with strong lobbying teams and leaders who will continue their amazing work for NJBIA and will no doubt maintain the fight for pro-business policies in the state of New Jersey.”

NJBIA CEO and President Michele Siekerka said Willoughby will be missed, and difficult to replace.

“Melanie has been instrumental in NJBIA’s rise as the state’s premier business lobby, spearheading the fight for pro-business policies while working adeptly with the Legislature through four different gubernatorial administrations,” she said. “She has championed the importance of workforce development, the critical need for collaboration between educators and employers, innovation and manufacturing in this state. She has also been an inspiration for many women business leaders in New Jersey.

“We are extremely grateful for Melanie’s leadership and dedication over the years. And we know she will be successful in her future endeavors beyond NJBIA.”

From 1986-2003, Willoughby served as CEO and president of the New Jersey Retail Merchants Association, a statewide retail business organization representing over 3,500 stores.

The Rowan University board of trustees appointed Willoughby to serve on the South Jersey Technology Park board. She also serves on the board of Rutgers’ Heldrich Center for Workforce Development, as well as the Mercer County Community College Foundation.

Willoughby also is the founder and co-chair of the InnovationNJ Coalition, which was organized to promote innovation collaboration between business and higher education. She is a member of the board of trustees for Isles Inc., a Trenton-based community development and environmental organization.

Through it all, she maintained her ties to Rutgers

Willoughby, who was a commencement speaker at her 1976 graduation at Rutgers, later went on to become president of the Rutgers Alumni Association.

She was the first woman on the Rutgers board of trustees to represent Rutgers College. She is also a Rutgers University Eagleton Institute Visiting Fellow, serving as a mentor to Eagleton students.

The NJBIA has retained a firm to initiate a search and recruitment process for Willoughby’s replacement.

Murphy, in budget address, said he will save N.J. more than...