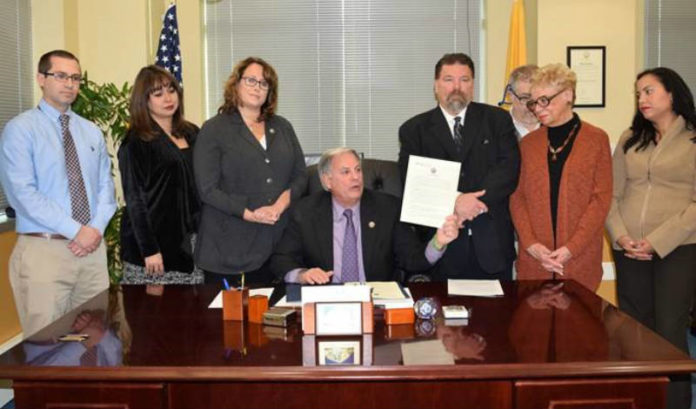 The county said in a news release that Bergen would be the first county in the state to adopt such a mandate. About 130 employees working a minimum 40 hours per week will be affected.

“Good people are essential to good government, and good managers understand that their employees need to be valued,” Tedesco said, according to the release. “County employees who put in 40 hours or more every week, in service to their friends and neighbors throughout Bergen County, deserve and have earned a $15 minimum wage. It was important to me that we do this for our workers in time for (the) holidays.”

On Monday, a number of elected officials from around the state, including Gov.-elect Phil Murphy, said they would push for a statewide minimum wage increase to $15 an hour. The plan could include a yearly $1.15 an hour increase from the current $8.44 mark until the wage reaches the target.

Bergen County officials were happy to lead the way.

“It is … the right thing to do,” Freeholder Vice Chairman Tom Sullivan said. “Today, we are setting the example, not only for governments in Bergen County and New Jersey, but demonstrating this is a great business decision for the private sector as well.”

(READ MORE from ROI-NJ on the minimum wage.)

“Bergen County has chosen to lead the way for the rest of the Garden State, and will surely help set the stage for additional action in the gear-up for a comprehensive statewide wage increase,” Analilia Mejia, director of New Jersey Working Families, said. “One in four working men and women in New Jersey aren’t paid enough to support themselves, much less sustain a family, and Bergen County’s move is a great step in the right direction.”

Export promotion grants are ‘STEP’ away