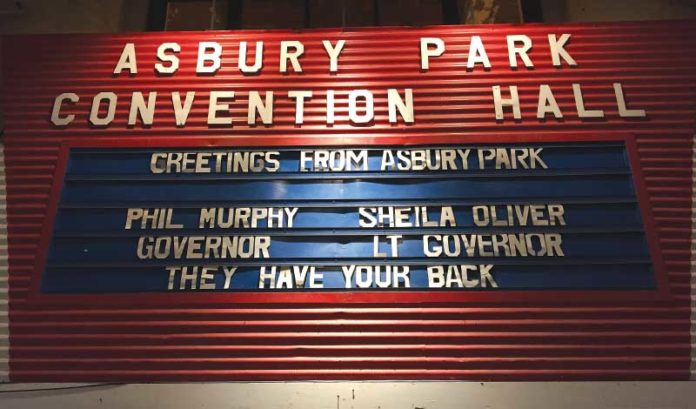 For all the campaign talk about funding pensions, sanctuary cities and legalizing marijuana, the business community knows one issue will dictate the success or failure of the next governor’s administration: economic development and job creation.

While Gov.-elect Phil Murphy spent the past six months campaigning, the Smart Growth Economic Development Coalition, a nearly 50-member group filled with experts in all areas of real estate development, met on a regular basis to formulate a detailed proposal of recommendations before the inauguration. The group created a detailed plan, together with corresponding draft legislation, regulation and executive orders, that will be delivered to both Gov.-elect Murphy and the new Legislature.

The group, led by Ted Zangari of Sills Cummis & Gross P.C., has done this before.

Eight years ago, it gave then Gov.-elect Chris Christie an “economic development recovery strategy,” including a 12-bill package of legislation, that helped create the economic incentive programs — Grow NJ and ERGG — that the state has used in the past eight years to attract (and retain) companies and jobs. It also led to the passage of several permit extensions and the Licensed Site Remediation Professionals program.

For all the talk of attracting companies, the fact remains that the state has a land supply problem, especially in Northern New Jersey.

Consider this: If a manufacturer wanted to bring a few thousand jobs to the port district in northern New Jersey, state officials would not be able — today or anytime soon — to point the business to a single shovel-ready site or even a vacant existing structure. Worse yet, if the company required only a 1 million-square-foot building, it would still be hard pressed to find a shovel-ready site or existing vacant building within 25 miles of the Statue of Liberty.

“Progress has been made in a variety of areas, but much more needs to be done if our state’s economic engine is going to be fed by additional housing and commercial space,” the report states. “There is a scant amount of developable acreage remaining in places where people actually want to work and reside.

“What’s left to feed the engine are the challenging (read: cost-prohibitive) redevelopment sites in our suburban downtowns and urban central business districts, along waterfronts, on brownfields and around and above transit hubs.

The state’s economy is in a perilous position, the group states.

“There has been progress on a number of fronts, but New Jersey’s position remains fragile, and we can easily slip backwards if policymakers badly handle tax policy, pension indebtedness, aged and crumbling infrastructure or the other serious challenges affecting our state,” it wrote in the report.

The Smart Growth Economic Development Coalition has set its sights on four areas where state and local government must pave the way for the private sector and labor to create the volume of housing units and commercial premises that will be essential to New Jersey’s economic growth in the years ahead:

ROI-NJ got an advance look at the document. Following are just some of the highlights.

The Grow New Jersey and Economic Development Growth Grant, or ERGG, programs should be continued but adjusted. Eliminating Grow NJ would remove the one financial tool that has effectively kept businesses from migrating to lower-cost states all around us and that has assisted us in attracting businesses to the state by equalizing the economic differential with competing sites elsewhere.

Failing to re-fund the residential ERGG program, particularly at a time when the future of the federal Low-Income Housing Tax Credits program, or LIHTC, is in flux, would virtually guarantee that the number of affordable housing units expected by the courts will never be attained.

Eliminating the commercial ERGG program would likewise significantly crimp commercial redevelopment, particularly in the underserved, untested communities of our state.

Grow NJ: The program has proved to be a financial equalizer in the jobs competition with Lehigh Valley, lower New York state and beyond. The predecessor programs, BEIP and BRRAG, never adequately fulfilled that role. The program’s tiered-dollar formula, based on geography, coupled with a bonus point system that rewards locations near mass transit, in poverty pockets, etc., has made the difference in motivating many companies to select otherwise overlooked sites that serve broader public policy goals. Could be considered smart growth at its finest.

Commercial real estate: The market has come a long way since the birth of Grow NJ and in many ways because of Grow NJ. The northern industrial market is experiencing the lowest vacancy rates in over 30 years. On the other hand, the office market is still struggling to hold and attract businesses, though creative adaptive mixed-use options are attracting office tenants to unique venues such as Bell Works and Kearny Pointe. More must be done to restore our once-vibrant office market; incentives alone will not accomplish that goal, but eliminating business incentives (Grow NJ) would also eliminate any chance of a revival in our state’s anemic office submarkets.

CBDs and ERGGs: Central business districts, or CBDs, in cities across the state are coming back, in large part because of residential and commercial ERGG-funded projects. The unique added costs of redevelopment — brownfield remediation, land assemblage, structured parking, etc. on top of mandates for affordable housing and use of prevailing wage labor — would prevent proposed projects from moving forward in the absence of financial subsidies. The combination of ERGGs and payments in lieu of taxes, and LIHTCs, has been the reason behind virtually every construction crane on the New Jersey skyline since the major economic downturn of 2007. Ending subsidies that close legitimate and well-documented cost gaps in project pro formas will also cut short the construction boom that labor has enjoyed in CBDs the past several years.

The Red Tape Review Commission in Gov. Chris Christie’s administration has done a good job of hacking away at unnecessary regulation that has acted as a drag on the economy, including land development, but there is much more to be done, including in the environmental sphere.

Nearly 10 years since the development of the Licensed Site Remediation Professional program, or LSRP, which has proven to be highly successful, the state needs to evaluate tweaks that can make it more successful. Faster and equally protective remediation results benefit everyone — residents, municipalities, developers and the economy as a whole.

There are “technical fixes,” which, collectively, would go a long way toward promoting the smart growth development that’s necessary to fuel economic growth in the state, including:

How can we succeed in implementing additional outside-the-box pro-smart growth initiatives if our model program itself is allowed to be pulled backward in Trenton by those who feed off our Byzantine systems and the status quo?

LOCAL LAND-USE LAW: Get with the times (and all other states)

A serious effort must be made to make the local land-use process more predictable and to identify and implement amendments to the municipal land use law, or MLUL, that lead to greater consistency in the entitlements process and a substantial reduction in the cost and time expended in pursuit of development approvals.

Local land-use bodies must adapt to the realities of modern life. Parking ratios of yesteryear have less relevance in a society trending towards ride-sharing (Lyft/Uber), car-sharing (ZipCar) and autonomous vehicles. Many of today’s mixed-use concepts were simply not contemplated in the traditional lists of permitted uses. There is no better example than “retail” uses; if brick-and-mortar stores in our state are going to be able to successfully compete with e-commerce, local land-use ordinances must allow “omnichannel” uses (curbside deliveries, showrooming, extra-large storage areas for customer pickups and returns, etc.) and hybrid uses (arcades and amusement areas within restaurants, grooming services and overnight facilities in pet stores, etc.).

The challenges become even more complicated for those undertaking transit-oriented development, or TOD. A persistent problem inhibiting TODs is the lack of coordination between NJ Transit and the municipalities in which train stations are located. Despite all the “transit friendly” talk in our state, there is simply no joint vision or strategy between NJ Transit and the train towns to promote, facilitate and implement TODs. This failure is impeding if not precluding what is arguably the most attractive potential source of smart growth development in our state, and must be addressed early in the next administration/legislative session.

SHORTAGE OF LAND: It takes a state to create space

New Jersey needs a concerted effort at every level of government to assist the private sector in “making land.” In other words, the state needs to eliminate or reduce the hurdles inherent in remediating, assembling and entitling large-tract sites. For starters, land held by public and quasi-public agencies in strategically located areas should be freed up for redevelopment. Examples include salt domes and DPW maintenance yards along valuable roadways when comparable alternatives are available elsewhere.

Next, for such sites to be even more transformative, they must be combined with adjacent privately held properties, and intervening streets must be vacated to add contiguity and open up even more aggregation options.

Thus, unlocking the value of vacant or underutilized private property is essential to the making-land effort. One major impediment has been environmental contamination. Cleaning up sites is expensive; as a result, many landowners run a skeleton business just to avoid ISRA compliance that would be triggered by the cessation of operations. This has to change.

Government at all levels must proactively encourage these property owners to sell, through efforts that include the carrot of bonus values, remediation incentives and equal or better relocation options for active businesses, and the stick of forced cleanups where contaminants threaten the environment.