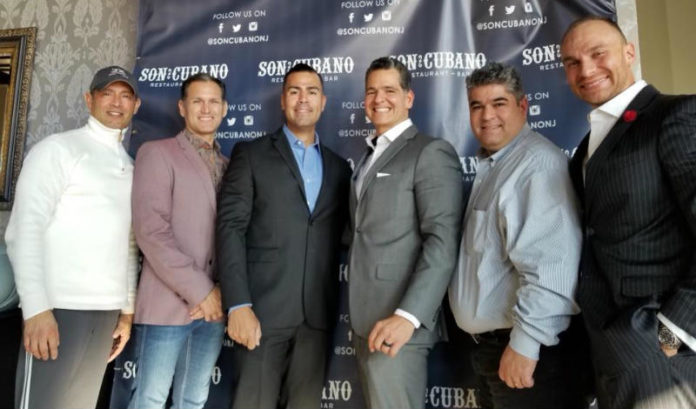 The ex-Marine said the attention being paid to the Hispanic community, and increasing data on its contributions to the economy — especially post-recession — is “well deserved and extremely tardy.”

“Latinos have been here, we have not only resided in this nation of ours, but we have been a contributing force on all levels,” Cortes, a proud Puerto Rican, said. “We’re just as much a part of this American fabric as everyone else is.”

SHCC Chair Carlos Medina said the gala is a new function that will also be an annual event, much like the annual luncheon and expo the chamber has.

But this one is going to be upscale.

That is on purpose, Medina said, to help change the perception of Latinos in business.

“Based on our sponsor and member feedback, they wanted our celebration and awards event to be more formal and also highlight some of our higher-end members,” Medina said. “We wanted to do it in a venue that represented the more sophisticated business owner which is part of our chamber.”

The event is slated for Dec. 9 at the Legacy Castle in Pompton Plains — a brand new venue that began hosting events in September and is expected to be fully operational next year.

And the ability of the community to coalesce, despite the various cultural differences, helps show its strength in numbers — a point that has been noted in political races in recent years.

Cortes said the gala is just another opportunity to prove that.

“The Latino community — we operate on love for one another, love for our culture and love of family. The coming together for this winter gala is just another opportunity for us to celebrate the people we love and admire, and to encourage and inspire them,” he said.