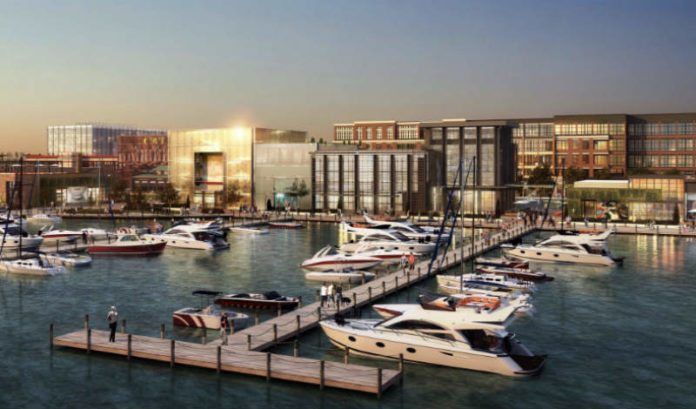 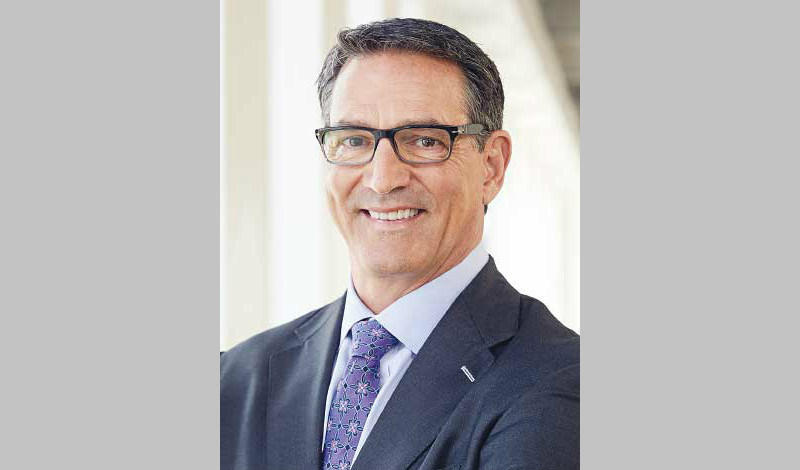 Riverton, the $2.5 billion, 418-acre development coming to the banks of Raritan River in Sayreville, is the first effort in New Jersey for national developer North American Properties.

But the project, which will create a downtown village setting that mixes retail, restaurants, office space, hotels, parks and a marina, will not be the first trip for its managing partner, Mark Toro.

Toro hopes to break ground during the second quarter of 2018.

It’s a homecoming for Toro, a Jersey native who graduated from Rutgers University in 1981 with a degree in civil engineering.

ROI-NJ caught up with Toro to discuss the project, believed to be the biggest mixed-use effort in state history, and why North American Properties is bringing its well-known national brand to the Garden State.

ROI-NJ: Let’s start from the top, the view from 10,000 feet. Why is North American Properties jumping into New Jersey with the biggest mixed-use project in state history?

Mark Toro: I view this site as one of the best pieces of undeveloped real estate on the Eastern seaboard, maybe in the U.S. I was born and raised in Jersey, grew up in Warren County, went to Rutgers, have been over the Driscoll Bridge hundreds of times. When I first saw the photograph of it, I was stunned.

I thought, ‘This is a spectacular opportunity.’ And it so happens that we have spent the last seven years sort of reinventing and evolving our company to respond to the changing needs of the consumer, and have really arrived at something we think will make perfect sense here. It’s most akin to a property we recently did in Atlanta called Avalon. It’s the next generation of commercial real estate.

ROI: You talk about how NAP is evolving: Is that a switch in asset classes or a switch in philosophy on developing?

MT: All of the above. We went from being multiuse developers, meaning we would develop a shopping center and an apartment community and an office building and other uses, to being a mixed-use developer. And, most importantly, we became much more community builders, as opposed to building builders.

Our level of engagement with the community we serve is now our stock in trade. We are in the hospitality and entertainment business more so than we’ve ever been. That has really evolved into a much more highly focused operational competence and excellence than development construction or leasing.

Seven or eight years ago, we started to study a developer on the West Coast called Caruso, who really coined the phrase ‘experiential retail.’ We then took it in all other uses — multifamily, single-family, office, hotel, retail, restaurants — and added a public realm component to each of our projects. Now, we’re able to host the community on the property for upwards of 200 events per year, everything from 5K runs to mother’s mornings out to ice skating and rock concerts and comedy shows. There’s just literally 200 events a year to engage the community and bring them onto the property and drive the commercial aspect.

As we’ve learned over the last seven or eight years, you can buy anything online and you can shop from your sofa or the bus stop. In order to engage today’s consumer, we’ve got to provide them an experience, and that’s all the rage in the industry — and we’ve figured out how to do it, how to execute on it as opposed to talk about it.

ROI: You talk about all of these events. Does that mean there may be an arena or an amphitheater on the property?

MT: The events are smaller in scale and are intended to gather the community. An amphitheater, yes, but think more akin to a very small-scale PNC (Bank Arts) Center, as opposed to the Prudential Center.

And there will be a number of other areas for the community to gather; I’ll call them pocket parks. We may do yoga on a Wednesday afternoon, and the next morning we’re doing an event for the stroller brigade and then, that evening, it may host a rock concert. These multipurpose public spaces are intended to be programmed or to be ad-hoc meetings of the community.

ROI: The obvious comparison people will make is to the American Dream project in the Meadowlands. How do you compare this site to that site in combining entertainment and retail?

MT: That is a mall. This is a community. The community happens to be congregated around a retail street. The much larger portion of it is residential, office, hotel, marina, event space and interaction. It’s the anti-mall.

ROI: Let’s talk about the Driscoll Bridge. I’m guessing few people have ever crossed and said, ‘I wish I could stop for retail.’ It’s always been the bottleneck that connects North Jersey to Central Jersey. This is a totally new concept for that area. How do you make that work?

MT: It’s a totally new concept for the region. It’s unknown to the Northeast. We are not familiar with any project that has deployed this level of hospitality and experiential mixed-use in the entire Northeast. The only examples that we believe are on this level are in San Jose, Los Angeles, Atlanta and you could arguably say Houston and Dallas. That’s the key differentiator.

(READ MORE from ROI-NJ on the Sayreville project.)

MT: It’s not that we’re asking people to come and shop. We’re just asking people to come and be. And, when they hang out long enough, they’ll shop. What was most surprising, when we finished Avalon (in Atlanta) is that people have really gravitated to it as a place to live. We have 627 units of residential units there and they are all full, at the highest prices in the entire metro area. And this a suburban area. It’s really a very interesting and intriguing phenomenon, and we think we’re on to something.

ROI: How many units of housing are you thinking of here, and are you going to use a partner to build them?

MT: We’ll have 2,000 units. We’re the developer. We will develop all of the retail, restaurant, multifamily, office and we will co-venture the hotels, the marina and the single-family residential. We will develop the lots and sell them to single-family builders. We’re just in the process of vetting those players.

ROI: How about big tenants — are you close with anyone?

MT: There are a few tenants, including Bass Pro Shops, that were considered previously that we’re considering. But, we really haven’t gotten to that point. We have a big convention coming up in December in New York, the International Council of Shopping Centers, where we will unveil the project to the retail community to essentially present it for their consideration.

ROI: Have to ask about your Jersey roots: You grew up here and went to school here. When did you leave?

MT: It’s been a while, 1991. But the first project I did as a developer in 1988 was in Middlesex County on Route 1 in South Brunswick.