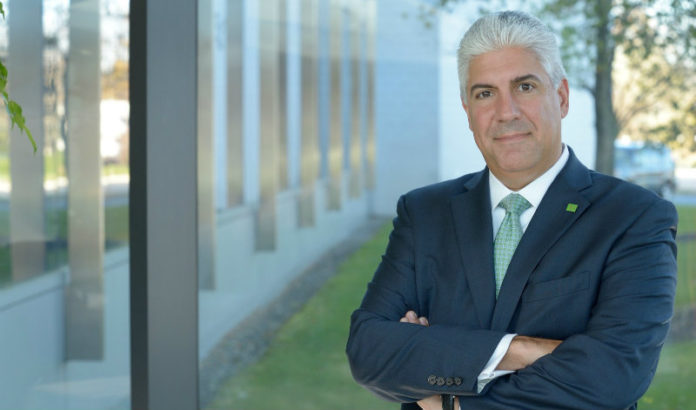 In this new role, Miceli will oversee TD Bank’s commercial, retail, small business and specialty banking operations, as well as lending services in the state. Miceli, who had spent nearly a decade in the New Jersey role, replaces Ernie Diaz, who was promoted to head of consumer distribution effective Nov. 1.

“I’m thrilled to take on this role to further our increasing business in Florida,” he said in a prepared statement. “Our team in Florida has achieved significant growth, and I look forward to joining the team. Similarly, I’m quite eager to engage with our communities throughout Florida, and partner to provide our local customers, businesses and organizations with the support and service they’ve come to expect from TD.”

Miceli joined TD Bank in 1998 as a middle market lender, and was named regional vice president for Essex County in 2003 before being promoted to his commercial market president’s role.

“Nick’s leadership has been critical to the success of the Central New Jersey market through organic and de novo growth,” Diaz said in a statement. “He is well-regarded as a dynamic leader who lives by TD Bank values and delivers exceptional service to our customers and employees alike. I have the utmost confidence that he will excel in his new role and lead the Florida region to unparalleled success.”

TD Bank did not immediately return an ROI-NJ email regarding a replacement executive in New Jersey.

Miceli, a Rutgers University graduate who serves on several board in the Garden State, will now be based in South Florida.