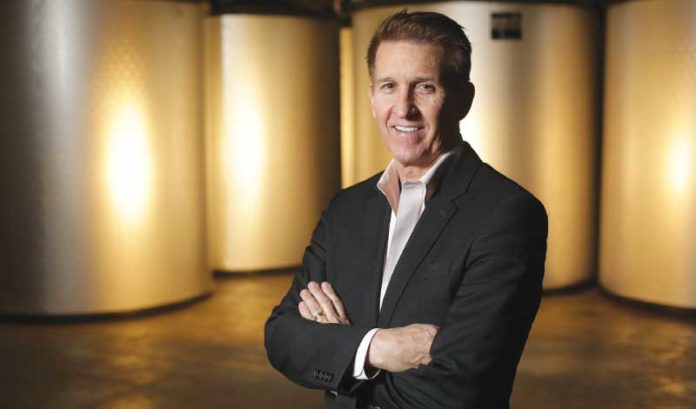 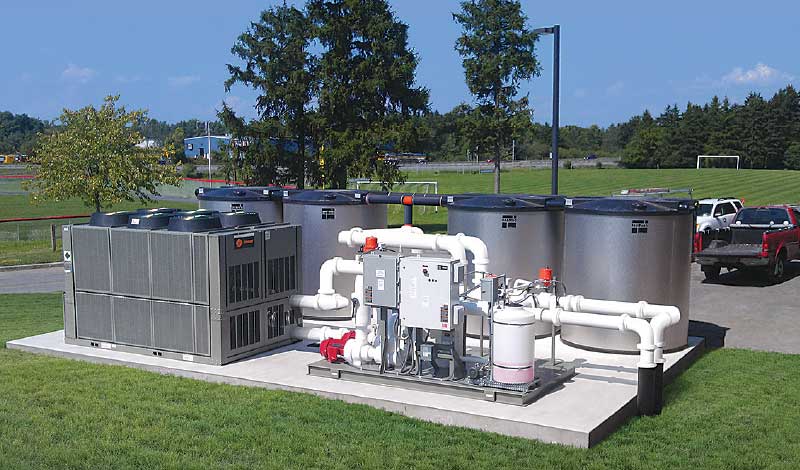 It is 70 percent cheaper to cool a building in New York City at night than it is to cool it during the day.

That is what Mark MacCracken, former CEO and current president of CALMAC Corp. in Fair Lawn, has focused on while helping to build — and sell — his 70-year-old, $10 million family business.

“We store energy in the form of ice at night and use it to cool buildings the next day,” he said.

CALMAC’s cost- and energy-efficient technology not only made the middle-market company the world leader in cool thermal energy storage — cooling more than 4,500 buildings in 60 countries — it also attracted the attention of Trane U.S., a multibillion-dollar global leader in air conditioning systems, services and solutions in Davidson, North Carolina.

And that can lead to big things for the world, MacCracken said.

“Ten million dollars in sales will not move the needle on sustainability, but a billion-dollar company putting its weight and effort behind a technology critical to sustainability may,” he said.

But no one — nor the company headquarters — had to leave New Jersey.

“We know that, with the support and investments from Trane and its parent, Ingersoll Rand, CALMAC can expand the availability and distribution of our products, serving new and existing customers with the energy storage and ice solutions they demand,” MacCracken said. “This purchase by Trane also will greatly amplify the impacts we can have toward making our planet more sustainable.”

Sustainability always has been important to the MacCracken family.

Calvin MacCracken founded the company in 1947 as a creative engineering firm to address such needs.

“My father was an inventor who developed 250 products, for companies such as Whirlpool and Westinghouse, and for himself,” MacCracken said.

In total, Calvin MacCracken held 80 patents — including one for the Hot Dog Roll-a-Grill now used in every baseball park and 7-Eleven — but it wasn’t until the late 1970s that he began developing thermal storage units.

“At the time, he also was doing a lot of work in solar,” MacCracken said. “It was important for me to do something renewable and sustainable using cleaner energy.”

Mark MacCracken graduated from the University of Rhode Island as a mechanical engineer and began working with his father in 1977.

Just three years later, the company was devastated by fire.

“We were working at the time on both solar and thermal storage, and we then had to decide which one we wanted to focus on,” MacCracken said. “Thermal storage was more commercial, and the solar industry was already beginning to thrive elsewhere in sunnier, hotter places than the Northeast.

“So, we decided to sell our solar patents and use that money to further invest in thermal storage. We’ve been focused on that ever since.”

Typically, MacCracken said, office buildings are cooled by a chiller, which instantaneously cools liquid from one temperature to another and circulates that liquid — and subsequently cooler air — throughout the building.

“That chiller, in the daytime, is consuming a lot of electricity,” he said.

CALMAC’s IceBank energy storage systems take advantage of cheaper overnight electricity from the grid by running a chiller for eight to 10 hours that cools water mixed with an antifreeze solution.

That mixture is then pumped into nearly three miles of plastic tubing inside a 750-gallon, 8-foot-tall tank of water, usually located in basements or on the roofs of buildings. Hovering around 25 degrees, the tubes then freeze the surrounding water, effectively storing energy in the form of solid ice. That ice is then used to help cool the building the next day.

“What we have done is, decoupled when one makes cooling from when you need it,” MacCracken said. “For example, if you were throwing a party, it would not be a good idea to start making ice cubes when people start walking in the door. Your refrigerator would never keep up with the demand, even though each person may only need a pound or two of ice.

“Now, to air condition that same person at the office the next day, it would take energy equivalent to 150 to 300 pounds of ice to cool their small office space. So, if it’s ludicrous to think how big your fridge would need to be to make a pound or two of ice per person at a party, just think about how big these cooling units in the basements of these buildings must be and how much electricity they must be drawing.”

Nearly 40 percent of the electricity used by a building on a hot summer day is used to create instantaneous cooling for office occupants.

“That is why we have brownouts and blackouts,” MacCracken said. “It’s crazy that we still create instantaneous cooling for buildings. It’s almost as if buildings act like they don’t know you’re coming.”

“Shifting the electric load to nighttime, when the cost of electricity is nearly 60 percent less than during the day, is a better and cheaper way to cool a building,” MacCracken said. “We also take a load off the grid while saving our building owners a lot of money.”

The company’s clients — including Google, Rutgers University and the Goldman Sachs headquarters in New York City — reap those benefits as much as they possibly can.

“We make 1.8 million pounds of ice each night for Goldman Sachs, which — while it chopped off about 2 megawatts of electricity (usage) — meets only about half of their cooling needs,” MacCracken said.

That is why CALMAC IceBank energy storage systems often have been integrated with Trane commercial HVAC systems.

“We had been working with Trane for nearly 25 years to create more than 50 percent of our sales,” MacCracken said. “With energy efficient requirements, laws and codes constantly changing, it had gotten more complicated to try to create modeling programs to be able to show a potential customer just how much energy and money they would save by choosing us.

“We had been asking and needing Trane to do that, but they weren’t benefitting much because we were independent and could have sold to others using chillers to cool buildings.”

The acquisition — of which the value was not disclosed — was simply the result of good synergy, MacCracken said, resulting in “unprecedented” growth for both he, as president, and his 35 employees.

“Our product makes a lot of financial sense in terms of renewables,” MacCracken said. “The sun and wind may come and go, but people need cooling when they need it.

“Energy storage is going to be huge.”

CALMAC Corp. in Fair Lawn deals entirely with ice — whether it’s in a tank or in a rink.

“Part of our business includes building skating rinks,” Mark MacCracken, former CEO and current president, said. “We have about 1,000 skating rinks around the world, including the one at Rockefeller Plaza we installed about six years ago.”

Alan Scharfstein, president of The DAK Group in Rochelle Park — a leading investment bank specializing in mergers, acquisitions and sales of middle-market businesses worldwide — said the time to compete via M&A is now.

“There is a tremendous amount of both domestic and foreign activity right now,” Scharfstein said. “Larger companies are beginning to realize how difficult it is to grow their businesses organically, so they are acquiring middle-market companies with unique products and technologies.”

Scharfstein said he had begun discussing such strategic options with Mark MacCracken, former CEO and current president of CALMAC Corp. in Fair Lawn, a few years ago in hopes of leveraging the company’s environmentally-conscious thermal storage technology.

Trane U.S., a multibillion-dollar global leader in air conditioning systems, services and solutions — as well as a subsidiary of Ingersoll Rand in Davidson, North Carolina — acquired CALMAC on Nov. 1.

“This was a very exciting deal,” Scharfstein said. “It will allow CALMAC, which has been the leader in its field, to tremendously expand its technology over a much larger consumer base while advancing it at a more rapid rate than a privately held company normally would have had the resources to do.

“It also has allowed Trane U.S. to have and to utilize, as their own, the most advanced technology in thermal energy storage to date. That is a significant advantage.”

The acquisition also has moved Trane U.S. toward becoming a solutions provider rather than simply an equipment provider.

“When you install the CALMAC system into a facility, you not only change the way the facility is cooled, you’re also decreasing the cost of energy for that facility,” Scharfstein said. “So, now, when you go and talk to potential customers, you’re not simply talking about buying equipment — you’re talking to them about saving on electricity costs and becoming more sustainable.

“The reason for doing this deal was so absolutely clear for both sides.”

Nonetheless, Scharfstein said, it always is a challenge for an entrepreneur who has built or has built into a business to make the decision to sell.

“Mark MacCracken has a loyal employee base whom he felt strongly about protecting, and he also wanted to make sure he entrusted his strong family tradition to the right buyer.

“All of that, too, needed to be structured within this transaction.”