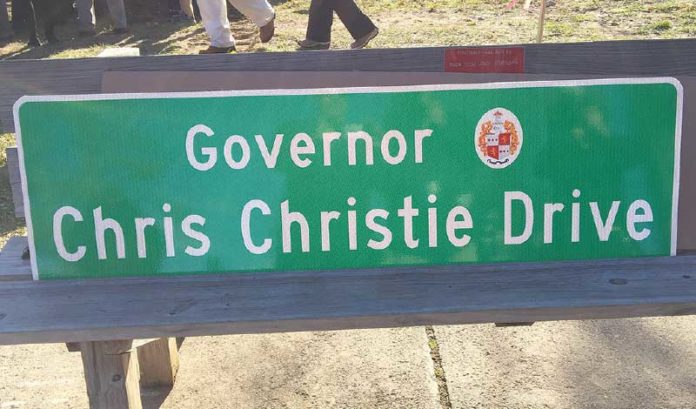 OK, let’s get the joke out of the way.

Gov. Chris Christie, whose national political ambitions were sidetracked by his connection to a traffic jam, had a short access road named after him last week.

The catch: This short road, no more than a half-mile long, is being built to alleviate traffic problems around a park in his home county of Morris.

Now, let’s get to this serious stuff. For Republicans.

The question needs to be asked: Have Republicans lost their way in Morris County, always a stronghold for the party?

As someone who has lived in the borough for all but two of the last 20 years, I can tell you it was shocking to residents.

To all, that is, except longtime Mayor Frank Druetzler.

Druetzler noted the result had something to do with abysmally low approval ratings for both Christie and President Donald Trump. These numbers, Druetzler says, show up at the polls. That is, they help dictate who actually shows up at the polls.

“Republicans are not happy with what’s going on in Trenton and in Washington, so they stayed home,” Druetzler said. “Democrats are enthused, so they came out.”

Here’s the troubling part for the Republican party.

Druetzler, a Republican who has been mayor of Morris Plains since 1986 and served as a county freeholder for 13 years (part of which was spent alongside fellow Freeholder Christie), said the latest election results were about a lot more than just low ratings for two current politicians.

“The Obama-Clinton primary really enthused the Democrats,” he said. “And, of course, we were in the midst of a terrible recession.”

With that, a borough and a county can no longer simply be assumed to be safe for Republicans.

“The town is changing,” he said. “Morris County is changing. You see it as people move in. They tend to become more Democratic than Republican.”

Druetzler said nine Republican seats on town councils in the county have switched to Democrats in the past two elections, too.

And, like everyone else in the political world, Druetzler feels Republican U.S. Rep. Rodney Frelinghuysen will be in for his first tough fight since winning a seat based primarily in Morris County in 1994.

It’s hard to imagine that Christie, who lives in Mendham and is the first governor from Morris County in more than 150 years, could have fallen so far. And hurt his party’s standing in his home county in the process.

Like any political veteran, he knows how quickly things can change. And he feels his party has a card to play in Morris County: How Democrats govern.

“Democrats are going to be in and they’re going to be raising taxes, that’s what they say,” he said. “And people may start to have another view when that happens.”

Sullivan: Restarting N.J.’s economy should focus on opportunities amid crisis