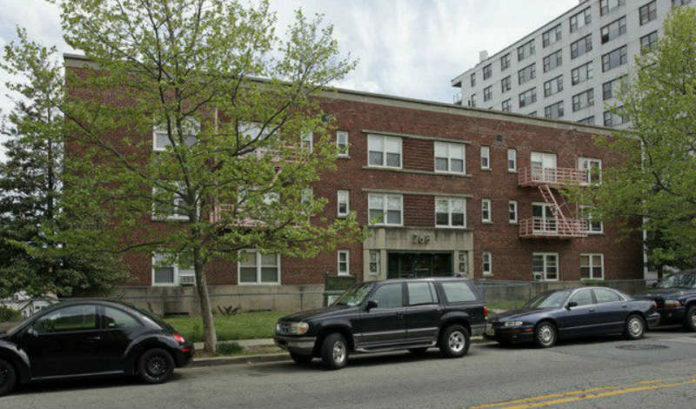 The properties, which range from small to midsized urban low-rises to suburban garden-style complexes, are in locations with an average asking rent of $1,490.

“Essex County ranks third overall in the North Jersey metro — behind Hudson and Bergen counties — in terms of its concentration of speculative apartment space, which continues to be in high investor demand, yet short supply of for-sale product,” said David Oropeza, Gebroe-Hammer’s managing director. “Broken into two separate submarkets, East Essex encompasses East Orange, Irvington and Newark and is larger, while West Essex is smaller and more suburban with municipalities such as Livingston, the Caldwells and Fairfield.”

Built in 1960 and continually updated, the three-story property is located less than a mile from the Brick Church and Watsessing rail stations.

“Irvington is poised for a renaissance, much like its East Orange and Newark counterparts — a strategic location being the city’s greatest strength,” Jarvis said.

City officials have been collaborating with private developers to draw up plans that give the city’s streetscape and building stock a makeover. Discussions have focused on Nye and Springfield avenues, as well as Irvington Bus Terminal, one of the state’s busiest transit stations. Sidewalk and pedestrian walkway expansions, lighting improvements and landscaping updates are all being explored.

“This neighborhood attracted the buyer due to its unique location in the city’s quiet, historic Little Italy neighborhood near medical facilities, a 360-acre park and institutions for higher education,” Jarvis said.

“This well-located complex attracted the buyer because of its value-add potential, which is achievable through exterior and interior capital improvements,” Nicolaou said.

“Over the next five years, New Jersey is expected to become home to even more young adults and empty nesters seeking apartment-style living,” he added. “For longtime owners, it’s a good time to consider a property disposition. Demand for existing Class B properties throughout the entire Northern New Jersey metro is reaching new benchmarks as the ‘gap’ between inner-city complexes and outlying suburbs is closing thanks to the surge in infill locales.”