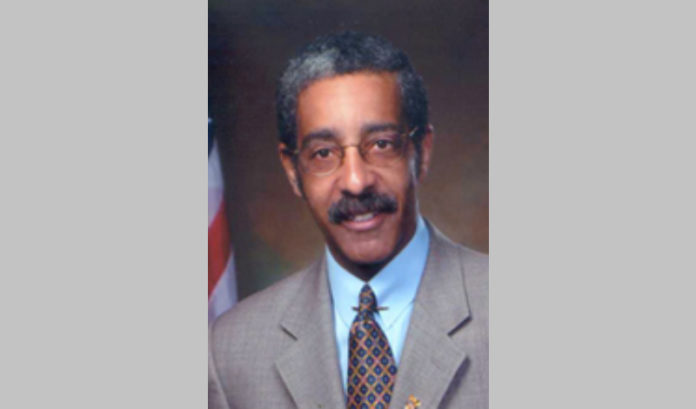 To mark the 20th year of its existence, the New Jersey Redevelopment Authority — working in conjunction with the Urban Mayors Association — wanted to establish an award to honor advocates providing for underserved populations and those who push for greater transformation of urban areas.

The first winner was so influential, the group decided to name the honor after him.

“He has consistently remained in our corner to support our efforts to ensure that we can remain effective and impactful,” she said.

Rice was one of the initial sponsors of the bill that created the NJRA in 1996, and, in his role in the Legislature, he has ensured that people are aware of the difference between economic redevelopment and development, as well as questioned incentives and their effects on urban zones.

“He’s the advocate in the Legislature that will stand up and say: ‘How will this economic incentive benefit urban communities? How is this bill going to create better opportunities for children that live in cities? How are we going to ensure that people who need it get access to affordable housing?’” Anderson said.

“That’s really been his advocacy and his role. And, quite frankly, you need that in the Legislature because, sometimes, when we look at a bill, we see words, but Sen. Rice always sees people.”

Rice said he was elated, honored and surprised.

“I don’t know why I’m deserving, but I accept it on behalf of the agency. I should be honoring the agency,” he told ROI-NJ, adding that the honor also belongs to those who supported the initiative to begin the NJRA.

The bipartisan bill that formed the agency was crafted after other legislators on the urban affairs committee under Gov. Christie Whitman realized a need.

“We recognized the (Economic Development Authority) and other agencies just weren’t paying enough attention to other communities, small and large, urban, etc., as it relates to the needs of struggling people and minorities,” Rice said. “So, the agency became a very important piece.”

And it wasn’t an easy role, Rice said. At one point, the government tried to shut down the agency and reroute the funding to the EDA.

“A lot of people in the state government, to be quite frank — and I’ve been there 31 years — are in their own silos and isolated kingdoms, and they are commissioners and have all these different jobs,” he said. “They really are there to collect a check and do what the government tells them to do and rubber stamp — and they are not really doing much for people and where these people are.”

One of the biggest challenges is ensuring those in state government understand the difference between redevelopment and development, Anderson said.

That is because many of the abandoned sites are environmental hazards, and require a lot of cleanup in order to move forward with any development.

“The challenge becomes, how do you turn these compromised sites around so that they become viable, but at the same time, you don’t continue to hurt the environment,” Anderson said.

“This 20-year milestone demonstrates the state’s commitments to our cities, and that it’s a comprehensive approach to improving the quality of life in our cities and using financing to be impactful in cities, so that, across the board, no matter where you live, you will have the access to the same resources,” Anderson said.

“That is critical for folks to understand who we are and what we do.”

Another businessman runs? Why Hugin has a chance