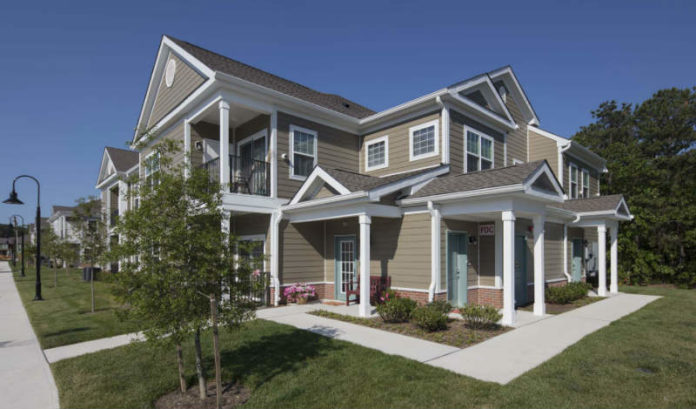 Walters Group has broken ground at the site of a former pipe factory in Delanco.

Cornerstone at Delanco will be a 64-unit, income-restricted apartment community at 200 Rhawn St. off Pennsylvania Avenue.

The community is designed to be certified as Leadership in Energy and Environmental Design and Energy and Energy Star rated, providing healthful living for residents while reducing energy costs.

The 5.37-acre property is next to the Rancocas Creek and the New Jersey Transit Delanco Rail Station. The development will consist of eight two-story buildings with eight units each.

Plans call for 16 three-bedroom units, 36 two-bedroom units and 12 one-bedroom units. Apartments will be leased exclusively to residents whose incomes are at or below 60 percent of the area median income.

Walters Group estimates it will take a year to 15 months to complete the development.

“This will be an inviting new community that meets an affordable housing obligation and satisfies a local need for workforce housing,” said Joseph Del Duca, partner and general counsel for Walters Group. “The property is within walking distance to the River Line, which makes it ideal for commuters.”

The energy-efficient development will feature non-invasive landscaping, the use of recycled materials during construction and a close proximity to local retailers. Energy Star appliances will help residents with long-term reductions in utility costs.

The Michaels Organization to develop market-rate community in Alabama