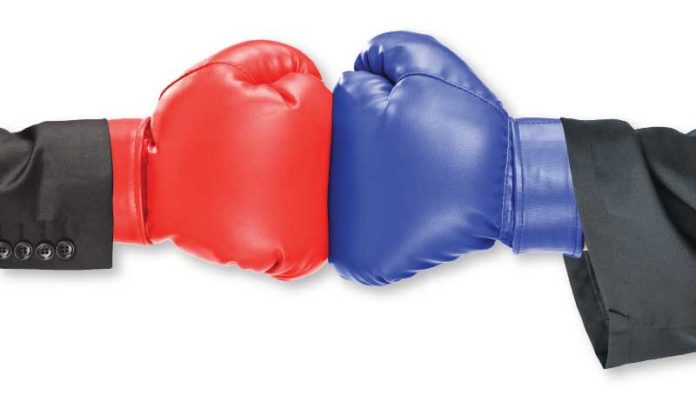 To say that the new administration’s policy endeavors are creating a rift between those in Washington and the state’s institutions of higher education — not to mention their students — is not to editorialize.

School officials will tell you so themselves; if not in so many words.

Between the tax plan recently passed in the U.S. House of Representatives that imposes an excise tax on university endowments and ends a number of tax deductions for students, and the repeal of the Deferred Action for Childhood Arrivals program, higher education leaders are making public declarations of displeasure, and in some cases going farther than that.

Here’s an overview from ROI-NJ of what’s coming down the pike politically, and the respective responses of New Jersey’s educators.

Also in the tax reform bill moving through Congress are changes to the tax treatment given to students and alumni. One transforms tuition reductions for graduate students into taxable income. The other would phase out the student loan interest deduction, which allows taxpayers to make an itemized deduction of the lesser of $2,500 or the interest paid during the year. Other deductions may be tossed out, such as the Lifetime Learning Credit, a tax credit that equals 20 percent of the first $10,000 of qualified education expenses.

To be sure, the opposition is equal in proportion to the amount of students who would feel the change. The student loan interest deduction was used by 12 million taxpayers in 2014, according to the American Council on Education.

The Republican-led coalition behind the bill has contended that the overhaul was authored with the intent of replacing personal itemized deductions and many credits with a larger standard deduction.

But lobbying groups for higher education, such as the American Council on Education, have cited significant cost increases under the new tax plan. Across all colleges, students would pay about $65 billion more between 2018 and 2027, according to the organization. Pair that with the already-increasing cost of New Jersey’s public four-year colleges, which have experienced as sharp a rise in tuition as other states over the past two decades, and it could be a recipe for an expensive education.

Articulating the concerns of many local public universities and their student associations, the country’s leading public university advocacy organization, the American Association of State Colleges and Universities, released a statement expressing a need to work on the tax proposal before it’s passed.

“(Because) these changes together would make college less affordable for the vast majority of students who access higher education through public colleges and universities,” the statement read.

Back in September, U.S. Attorney General Jeff Sessions ordered an end to the Deferred Action for Childhood Arrivals program, which was created under former President Barack Obama. The program was intended to shield immigrants who were brought to the country illegally as children — some 800,000, reportedly — from deportation. The 5-year-old policy allows many young adults the right to work, and go to school, legally. There remains a question of whether Congress will come up with a replacement for the policy, which will be phased out in the coming months.

Higher education officials inserted themselves into conversations about this policy change early and often.

Princeton University immediately joined other renowned university leaders — at Yale, Cornell and other highly regarded institutions — in public condemnations of the administration’s decision to end the program. The gist was that the college officials saw DACA recipients as students who perform excellently in academics and bring unique viewpoints and diversity to campuses. On top of that, the university heads argued, the program’s recipients were allowed to contribute to the economy after graduation, which they viewed as nothing but a boon for the country.

It’s an issue that definitely comes to bear locally. Around 26,000 DACA program participants call New Jersey home, according to a Ramapo College of New Jersey statement — one of many statements released by Garden State colleges.

One of those DACA beneficiaries, a student at Princeton, is leading the battle against the policy’s termination in federal courts. Princeton joined the undergrad, Maria De La Cruz Perales Sanchez, as well as Microsoft, in a legal filing that alleges the program’s repeal violates both the United States Constitution and federal law. In the complaint, Princeton said that DACA students study many different subjects and “are among the most accomplished and respected students studying at the university.”

Other schools, such as Stevens Institute of Technology, emphasized that efforts were already underway to work with government officials to argue in favor of legislation that provides permanent status to DACA-covered individuals.

At the least, most New Jersey educational institutions reaffirmed to students that, regardless of the program’s state, students would have their identities protected and their immigration status off-the-table for discussion by college employees.

In the House-approved Republican tax overhaul, which is quickly making its way to the Senate, there is a new tax on endowments at certain private colleges and universities. The 1.4 percent excise tax on endowment income is projected to raise more than $1 billion in tax revenue.

Surprising no one, universities that this would have an effect on are strongly opposed to it.

Right now, in New Jersey, that’s only Princeton — the school that also happens to be one of the administration’s biggest opponents on the DACA issue. The way the excise tax on endowment investment income has been crafted, it would only impact private institutions with endowments that amount to at least $100,000 per full-time student, with at least 500 full- and part-time students enrolled.

Princeton indicated in a public statement after the reveal of the tax plan that endowment earnings, which cover more than half of the school’s operating budget, enable it to provide financial aid to more than 60 percent of students. And while the tax goes after the rich schools, beneficiaries of endowment earnings, Princeton claims, are students from families with incomes below $56,000 that pay no tuition, room or board, as well as families with incomes below $160,000 that also pay no tuition. These students graduate what’s often viewed as an expensive education debt-free.

Princeton also argues against it from the perspective of the use of endowment earnings to further their teaching and research missions, no small factor in the country’s status as the host of the world’s leading universities that also play a role in industry innovation.

Furthermore, Princeton depicts the tax as a bad one for the precedent it sets. The proposal would make colleges and universities the only public charities subject to a tax, the university explained in its statement, leaving the door open to doing the same with other charities.

Even other private universities not currently affected by this new proposed tax weighed in. Monmouth University released a statement under the assumption that the tax could affect the school at a later time, also expressing disapproval of an endowment tax as a revenue-raising mechanism.

“Endowments exist to keep institutions viable in the long term,” the university’s statement read. “Taxing endowments would increase the cost to operate private institutions at a time when lawmakers, the public and higher educational institutions are focused on lowering college costs and student debt burdens.”