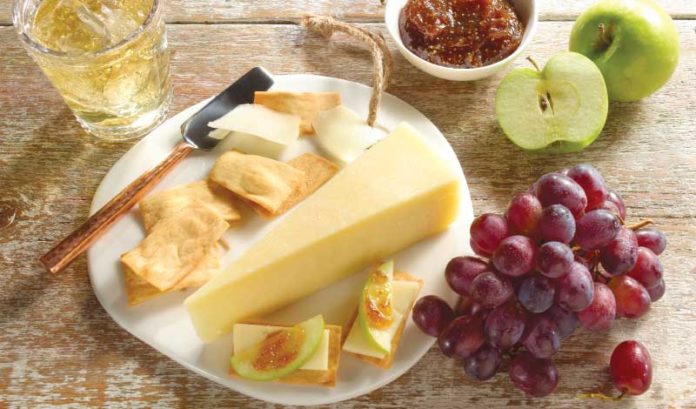 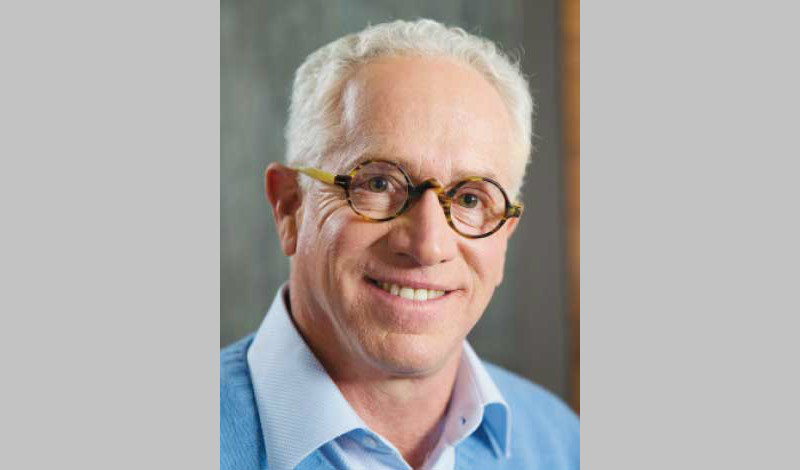 When it comes to cheese, older is better.

And if you want to know something about the trends driving the food industry today, ask someone whose company has more age than your cheese’s mold.

An unassuming company in Fairfield is the country’s largest importer of Italian-style cheeses. That company, Schuman Cheese, has been at it for seven decades. So, its leadership can provide a great deal of context for how the food business — and even federal policies that affect the industry — has changed.

The company’s history stretches back far enough that it can recall a not-so-well-remembered state of affairs that only barely preceded its existence: the country’s embargo on Italian cheese and other products during World War II.

The company’s current CEO, Neal Schuman, said his grandfather had been working in an Italian-imported food products company since the ’20s. When his company went dark during the war, he didn’t turn to back-alley outlawed Parmesan deals. He made a business of teaching people in the country how to make such products themselves.

Then, suddenly as it came, the embargo was gone — and the stigma on Italian-imported food products was nearly nonexistent. With the war’s end, Schuman’s grandfather founded an importing business with his two sons. It was called Arthur Schuman Inc., which officially changed its name to Schuman Cheese last year.

That first generation acted as a broker by putting together Italian producers with American customers. The second generation then expanded the business in an interesting way. In 1949, Schuman’s father worked with wealthy Italian landowners who had left Italy during the war and bought land in Argentina. The landowners had a lot of cows, but no use for the milk they produced. The company worked with them on learning to make Italian-style cheese that the company then imported and sold.

The third generation, which is when Neal Schuman took the helm, got closer to consumers by manufacturing cheese and converting it into more convenient sizes for food service or retail businesses.

Today, the company sells more than 170 million pounds of cheese annually throughout the U.S. and abroad. With a revenue in excess of $600 million and about 1,270 employees, it’s safe to say the company has built a significant presence in the food industry.

“But what we’re really proud of is that fact that, if the first or second generations saw the business today, they would recognize that we’re still committed to bringing the high-quality products to the market,” Schuman said. “Even in some circumstances, like with our producer of Parmigiano-Reggiano, they would even recognize the family, because we’ve worked with them for five generations on their side.”

The pace of business across those many generations has increased exponentially. Schuman said that, in the company’s earliest days, it took a three-month excursion to get from buying to actually selling Italian imports, with several train rides and boat trips between.

“Today, we may place an order for mozzarella on a Friday, have it produced Sunday and get it to market by Wednesday,” he said. “The speed is dramatically different today. Every aspect of business but the quality of the products has changed.”

Just as the company’s story is not finished — with a fourth generation starting to take over leadership positions in various Schuman Cheese business units — food industry trends are a history still being written.

Schuman said the past two decades or so have seen the emergence of new interest in artisan cheese in the United States. He equates the local trend to Europe’s enduring appetite for high-quality food products made in small batches.

That familiar, processed American cheese that shoppers settled for in prior decades doesn’t suffice for a new generation of consumers, Schuman said.

“Millennial consumer behavior is good for our industry,” he said. “People are willing to spend more money on specialty cheeses. And they’re very engaged. They’re willing to research good producers and filter out bad ones, finding those treating animals properly and striving for greatness instead of just volume.”

Trends in food, especially in dairy, are also driven largely by the status of trade policy, Schuman said. In this area, Schuman speaks with less optimism.

Schuman, who was selected to be a member on a U.S. Department of Agriculture trade advisory committee, expresses a feeling that dialogue surrounding trade agreements has been distorted.

“People don’t quite understand that, in global trade, you win things and lose things,” he said. “One of the beneficiaries of recent trade agreements is agriculture, which has been a cornerstone of those agreements. And those agreements have led to the current climate of being able to sell to places like China … or Mexico. And there were concessions made, too. That’s what is being focused on right now.”

Unfortunately, he added, the agricultural community — of which food companies such as his are a part — was late in getting to the new presidential administration.

“And, as nothing occurred on trade here, the world didn’t sit by idly,” he said. “Europe, which cares a lot about its agricultural community, did 24 bilateral agreements to carve out special conditions for their products, particularly with geographical indicators.”

Schuman is referring to protections placed on products that have a specific geographical origin. A good example is Parmigiano-Reggiano. Given that the name refers to Italy’s Parma and Reggio Emilia, it rises to the level of being exclusive to certain regions for production under European law.

The upshot is this: With no updates in the country’s own trade policy, Schuman Cheese and other businesses stand to lose. The main reason that the business went from not exporting a pound of cheese it produced in the ‘70s to exporting 8 percent of it today is because of trade agreements.

So, during the next chapter of his business’s already lengthy history, Schuman hopes to see trade further opened up.

“Ultimately, there are only around 325 million people (in the U.S.),” he said. “There are billions of people in the world who would love our product, and we’d like access to them. It’s incumbent on government to figure out that this is how a company such as ours went from three people to 1,270 people — having access to other markets.”

Out of the just 12 accolades Ernst & Young gave out at its 2016 Entrepreneur of the Year award ceremony, one went to New Jersey’s own humble cheesemonger, Neal Schuman.

Schuman was a winner in the family business category of EY’s annual competition. He was recognized at the firm’s gala in in Palm Springs, California, among other recipients of an award that goes to people the firm touts as “visionaries who demonstrate innovation, financial success and personal commitment” in their business.

Schuman is reluctant to take such praise as his own.

“It’s by no means my award,” he said. “It’s a result of everyone rolling up their sleeves to make us better over the four generations of our company.”

The fact that the business has been successfully passed down so many times is no small factor in its nomination to the national title. Only 3 percent of family businesses make it to the fourth generation, according to the Family Business Alliance.

“And, so, it’s gratifying to be recognized for the entrepreneurial spirit that has held us together for so long,” Schuman said.

Campbell announces new round of grants, bringing FY2022 total to over...