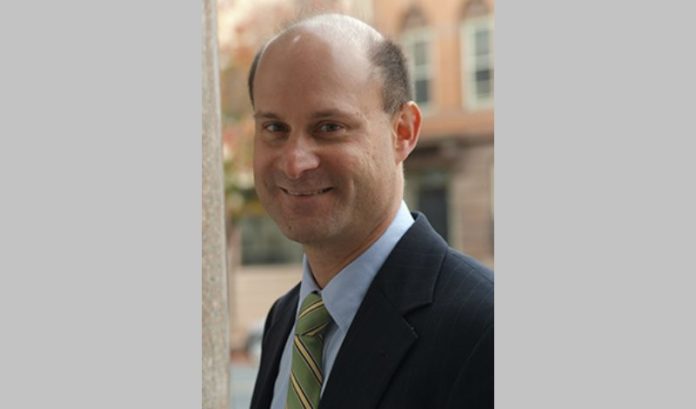 He was approved by the university board of trustees at the Dec. 6 meeting.

Klein is an expert on higher education policy with extensive experience in policymaking in New Jersey. He is currently the executive director of the New Jersey Association of State Colleges and Universities, a nonprofit advocacy organization.

“I am delighted to welcome Michael to Stockton,” President Harvey Kesselman said. “He brings a wealth of knowledge about state government and higher education policy issues that will enhance the mission of the Hughes Center.”

Klein said he wants to preserve and expand the quality of work produced by the Hughes Center.

“The Hughes Center has always done great work,” he said. “It is exciting for me to be a part of it.”

He said he is impressed by the work of the Polling Institute, and how it gives students exposure to the political process. He said he will be looking for grants and other fundraising opportunities to support the center’s research.

Klein also would like to connect the expertise of the Stockton faculty and staff with elected officials.

“There is a gap between academe and policymaking, and the Hughes Center can help bridge that distance,” he said. “The expertise of Stockton’s faculty and staff in areas such as public health, environmental science and criminal justice can help inform important policy discussions at the local, state and federal levels, and the Hughes Center can be a platform from which to make those connections.”

Schulman brought in nationally known speakers, and established programs like the Polling Institute, candidate debates and Legislator-in Residence. Under her leadership, the center now has an endowment that exceeds $2 million.

Klein said he would like to link his own higher education research with issues such as K-12 education, social justice, workforce development and labor.

“New Jersey needs a higher education think tank,” he said. He cited the work done by Darryl Greer in the Center for Higher Education Strategic Information and Governance, which was greatly respected by the Office of the Secretary of Higher Education and the legislature.

“I want to carry on both Sharon’s and Darryl’s legacies, and connect their work to broader issues,” Klein said.

Before joining NJASCU, he served for five years for New Jersey’s then-Gov. Christine Todd Whitman as an assistant counsel to the governor, deputy director of legislative affairs for the Department of the Treasury and special assistant to the commissioner of Community Affairs.