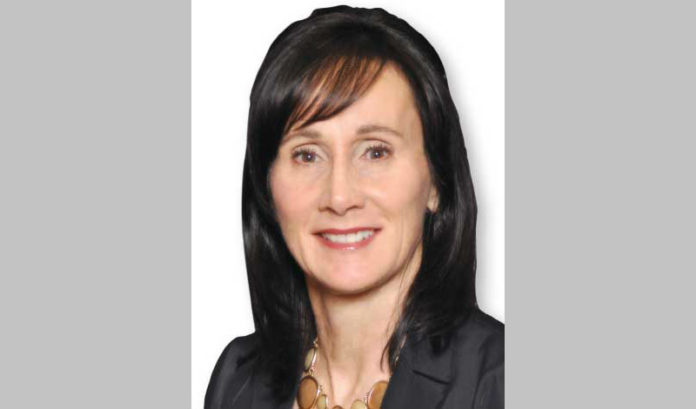 Judy Troiano is no stranger to taking the more difficult roads to earn greater rewards.

She just wishes she had more female comrades joining her on the journey.

It was a job she stumbled into.

After graduating from Fairleigh Dickinson University, Troiano worked as a medical assistant for several years before becoming a stay-at-home mother to her children.

That’s when she was faced with the challenge of divorce.

“I was suddenly a single mom with three little boys,” Troiano said. “I wanted a job that wasn’t going to put a ceiling on how much money I could earn and one that would allow me to leave work to go see them play a sport or attend a school meeting.

Working her way up in a male-dominated industry, however, has never been easy, Troiano said.

“We have 45 brokers between our two offices in Hackensack and Parsippany,” she said. “There are only two women brokers — and I am one of them.”

It’s a common issue in the field. According to a study conducted by Commercial Real Estate Women of New Jersey, or CREW NJ, in Trenton, women represent approximately 35 percent of the commercial real estate workforce in the U.S., with brokers representing the lowest percentage at 29 percent, compared with assets managers (44 percent), finance (34 percent) and developers (32 percent).

In addition, according to National Real Estate Investor, female brokers also face the biggest pay gap — 34 percent — in the industry.

Despite the odds, Troiano said she has enjoyed her nearly 25-year career with NAI James E. Hanson.

“You just have to be able to stand up for yourself in some form of fashion,” she said.

ROI-NJ spoke with Troiano to learn more about what it’s been like to be one of the only women in her department for so many years.

Here’s what she had to say:

ROI-NJ: How did you begin working for NAI James E. Hanson?

Judy Troiano: One of my sons was born prematurely and I couldn’t put him in day care. My mother watched him for three hours each day so I could go and help my friend, a top producer at RE/MAX. I lasted just a couple of months — residential real estate wasn’t for me. But, I had overheard someone talking about commercial real estate, who then asked if I’d like to go to a seminar. I did, and it was (Bill) Hanson who was speaking. I interviewed with his company, they hired me and I haven’t left since.

ROI: What does a typical day look like as a senior associate for NAI James E. Hanson?

JT: I did international work for about 10 years, flying to Germany to represent German-owned multinational corporations. Ten years was too long — there was more story in it than money, but it did help me immensely with getting more work back at home. … Now, I am known at my company for my expertise in a market called the Upper Parkway, in towns such as Montvale, Park Ridge and Woodcliff Lake. I write quarterly office reports for this market, as well as for Bergen County, that go out to everybody, including engineers, government officials, tenants, property owners and more.

Right now, I’m working with developers as well as tenants and buyers of medical, office and flex-space buildings. The job requires a lot of networking, follow-up and writing reports, which can take up a lot of time. … I can’t just get to know the tenants or the building owners in the Upper Parkway, I must also get to know the government officials, too. The idea is to get so much information that I know more than my competitors. For example, I went into New York City the other day to take an asset manager, who I had been speaking with for three years, out to lunch for the first time. You just can’t give up. You have to keep on keeping on.

You also have to have a barrier between you and your emotions, because if someone is rude or is rejecting you for whatever reason, you just have to move on. It took many years to not dwell on what I could have done differently. I always used to say, I could have changed this or fixed this, but not necessarily.

ROI: What is your advice for best managing your time?

JT: I learned a long time ago that this job has somewhat of an unending learning curve, and there is just not enough time in the day. So, I started waking up at 5 a.m. and work nonstop until about 7 p.m. … I try to stick to the goals I put together for myself for the week, but inevitably, it doesn’t happen. That’s where my long hours come on — I try to finish what I didn’t get done. I also work on weekends to play catchup.

When my kids were younger, this schedule was extremely difficult — but now, I actually seek a challenge. When a tenant wants to find space, you find them space. When a building needs to be sold, you sell the building. That’s why I’m looking to do more work with developers, where there are a lot of nooks and crannies to the work, that I find interesting despite it being a much longer process.

ROI: How has gender played a role in commercial real estate over the course of your career?

JT: Men were less respectful 20 years ago than they are now. It seems to have changed a bit within the last 10 years, which I think is more of a reflection of younger men coming into the workforce then older men having some ‘aha’ moment.

For example, a 75-year-old man called me a few years ago, asking me to come and talk to him about downsizing, as he worked in this beautiful Class A building in the Upper Parkway. But the moment I sat down with him, he said, ‘I’d like to downsize — could you find me a house?’ I got the sense that he called me in to speak with him about that simply because I was a woman, and, in his mind, it made sense to him. I had to explain to him that we don’t do residential real estate. … I just don’t think, in my experience, that would ever have happened if the man was 40 or younger.

ROI: Are there any specific benefits or challenges to being a woman in commercial real estate?

JT: I get my foot in the door much easier than men, but once I am there, I have to work twice as hard. I’ve said that for 20 years and that hasn’t changed. …  You are also usually the only woman in a meeting, and women have the tendency to wait for permission to speak more so than men. Women usually will let whomever is speaking finish, but men often will have no qualms about steamrolling whomever is talking.

Nonetheless, I thought this was normal, but having spoken with my colleagues about it, I’ve realized it’s not — when I cold-call someone, tell them who I am and what I am looking for, I often get a call back, even if it’s to say that they don’t need our services at the time and thanks for calling. I, too, am surprised that people would bother, but I have never had a man in commercial real estate tell me that they’ve also gotten that kind of phone call back. Maybe it’s because I’m a woman, or maybe it’s just the way I leave my voicemails. But it’s something.

JT: I think there are an equal number of women and men born to be leaders, but men are more often groomed for leadership than woman. I think organizations like CREW NJ are the only group of people who might be able to change just how many women end up in this industry. The change has to come from women and then must be supported by men.

I wish I was doing more on this front. I often am asked to speak to audiences, on a panel of one kind or another, but I get the most excited when I am asked to speak about being a woman in this industry. I jump at the opportunity. I will literally clear my calendar to do it because it is so fulfilling. I’ve taught at Ramapo about commercial real estate and I just love seeing young people, especially women, have an interest in this industry.