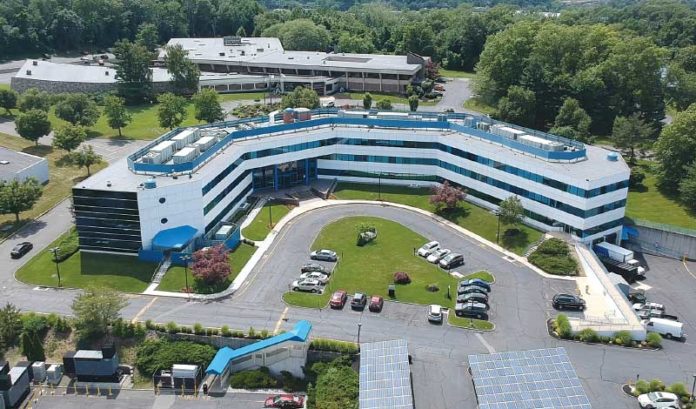 Rick Taylor knows all the numbers.

The nearly $30 million Konica Minolta received in potential tax credits was one of the reasons Konica Minolta opted to not only stay in its Ramsey headquarters but was willing to make $20 million in infrastructure improvements to bring 400 additional jobs to the state, raising the company’s employee head count on campus to just under 1,000.

Taylor also is keenly aware of the immeasurable value of the company’s decision to stay in New Jersey.

“I think it’s a big win for the state, quite frankly,” he said. “These are really good technology jobs that are coming here.

“These are the kind of jobs that New Jersey should want and does want.”

Taylor, the CEO and president of the company since 2008, said it had options in New Jersey, New York and Connecticut, but said the state EDA was the main reason the company is staying in Bergen County, an area that has seen its share of company departures in recent years.

“The New Jersey folks were the most interested in keeping us here and expanding,” he said. “They really were eager to work with us and provided the best package.

“Mercedes is gone, Hertz is gone and I think the state really decided to make an effort to keep us. They worked very closely with us.”

Jim Barrood, the CEO and president of the New Jersey Tech Council, of which Konica Minolta is a member, is thrilled that it decided to stay.

Kinoca Minolta, he said, is the type of company the state’s burgeoning tech community can build around.

“It’s great to have companies like Konica and Pansonic and Samsung and LG in New Jersey,” Barrood said. “Those are global players. The more engaged they are, the better.

“We want to make sure the community is hearing voices from all sorts of companies, large, small, software, hardware — and everything in between. When you have leaders like Rick Taylor, who has been one of the top leaders in the industry for many years, building a culture that’s very special in New Jersey, that’s great to highlight. It sets the example for other leaders and entrepreneurs in the space.

“We all need to play together to build a cohesive robust tech community. That will attract and retain more talent and allow more companies to grow and stay here.”

While the 400 new jobs not only will push the company’s employee count to just under 1,000 in Ramsey, Taylor said, it will move the company’s presence in the state to just over 1,200.

And Taylor said more are coming.

Taylor indicated the company is close to a deal for more warehouse space — almost certain to be in the North Jersey area — and that it has intentions of making additional hires to its workforce in the future.

“This is a company that’s really growing,” he said.

Taylor said the company will add approximately 30,000 square feet to the campus, in addition to building a parking deck. And even that, Taylor said, could change.

“We’re going to do additions to two buildings, but we’re in negotiations to expand to a third,” he said. “So, there are a couple of opportunities to get a new building and expand the campus right where we are.

Taylor, who has been with Konica Minolta since 2008, said the company has grown from 5,000 employees in the U.S. to more than 8,000. The company, which has its global headquarters in Tokyo, has added more than $1 billion to its revenues in North America in that timeframe, too.

The company specializes in custom business solutions, having outgrown its roots as a camera company years ago.

“The growth in our business has been IT services, enterprise software and content management,” Taylor said.

The move to consolidate so many in New Jersey has been underway in some capacity for nearly a decade.

“Konica Minolta was two different companies that merged more than 10 years,” Taylor said. “Konica was in Windsor, Connecticut; Minolta was in Ramsey.

“Ramsey has been the de facto headquarters for us for more than 10 years. We needed to add people and we needed to add some campus. And, with the environment we had in New York, New Jersey and Connecticut, we looked at the programs that were available, and took advantage of a great program in New Jersey.”

Taylor said the move not only was less disruptive for the company, it allows it to take advantage of other elements the state brings.

Taylor doesn’t believe it will be difficult for existing employees to move from Connecticut or to find to the new hires he needs.

“We’re very confident that we can get the people in the jobs we’ll have,” he said.

“There’s the proximity to New York City, but we’re far enough away that we’re not in the city, either,” he said.

And then there’s the connection the company has with higher education institutions in the area, noting Seton Hall University and others.

“The workforce is very conducive to what we’re looking for here,” he said. “Other than some high costs of living here and the tax rates, people like to be in the Northeast and close to the city.”

Looking ahead, Taylor said he wants Konica Minolta to increase its already big visual presence in Bergen County to the state as a whole.

“We’ve liked being in New Jersey, we’ve like being part of the community, we’ve done a lot of charitable work here,” he said.

“We are looking to increase that presence, absolutely. We’ve done a lot with local chambers and things like Tackle Kids Cancer with Hackensack Meridian (Health). There’s a whole litany of things we’ve done, but we’re looking to expand that statewide because giving back is a part of the company’s heritage.”