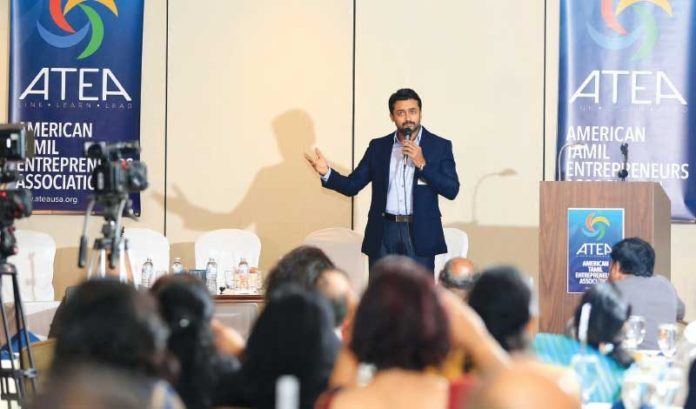 Recent research led by Rutgers University has reaffirmed what many minority groups have been saying for years: There is discrimination in small business lending, and minorities lose out on opportunities.

It’s the reason why organizations like Rising Tide Capital and The Intersect Fund exist in New Jersey, and why financial inclusion and microlending are buzzwords globally.

But the research, which was conducted by professors around the country, also said this can lead to predatory lending.

“The probability of minority businesses owners receiving higher rates of credit denials, combined with a higher likelihood of becoming discouraged borrowers, yields negative repercussions for minority communities,” according to the report, which was released Nov. 17.

“This disproportionate credit denial creates a perception among minority small business owners that there is no credit available to them from traditional sources; as these business owners still need loans, they turn to alternative sources of financing.”

Now, minority communities are taking matters into their own hands, forming organizations that focus on financial education and microlending.

The Statewide Hispanic Chamber of Commerce recently held two different workshops to cater to the different levels of need — starting a startup, and the next level.

And a group of Tamilians, those who originate from the state of Tamil Nadu in India, recently launched a Northeast Region chapter of the American Tamil Entrepreneurs Association — the third chapter in the country.

Luis De La Hoz, vice chairman of the Hispanic chamber, and a member of Gov.-elect Phil Murphy’s transition team, recently made the jump from a microlending firm, The Intersect Fund, to BCB Community Bank.

He recently was named vice president of community relations of the bank and continues to deal with some of the same clients he helped get off the ground while at his old job.

De La Hoz credits the relationships he has built, and loyal customer base, with keeping things casual — a hard feat for corporate banks.

“The mentality is, ‘If you didn’t help me when I started, when I was struggling, what would I ever need you for? I will stay with the people that helped me when I struggled,’” he said.

And dealing with that mentality, without expecting business from each interaction, has helped him build that base over the years — and gain the people’s trust as he educates them about the lending process.

After all, De La Hoz has dealt with clients who, like most entrepreneurs who start without any background, would walk in and say: “Give me $100,000, I know how to spend it. If I don’t spend it, I’ll give it back to you.”

The issues for minority business groups go past just funding, though.

The Rutgers research cites gaps in regulations, which leave small businesses out of consideration in comparison with traditional commercial borrowers.

“Unlike commercial borrowers, who often have staff with financial expertise and long-term banking relationships, many small business owners have limited exposure to traditional credit and banking procedures,” the study said. “The current gaps in regulation and oversight, particularly in the online lending space, has left the small business-lending environment open for potential abuse.”

Paired with a lack of education on the financial process, that creates a hopeless environment.

But the problems of not knowing how to present a business plan or not getting in front of the right angel investors are no different than the struggles of entrepreneurs of all races and socioeconomic classes.

The American Tamil Entrepreneurs Association focuses specifically on educating Tamil-American entrepreneurs to succeed in the venture capital world, as well as helping with microloans for those who need it.

The format is not new. The Indus Entrepreneurs, or TiE, which was formed in 1992 in Silicon Valley, now has 61 chapters across the globe. But while TiE has focused on the Indian and Pakistani population, ATEA will have a narrower focus.

Ram Nagappan, ATEA Northeast Region chapter chair, said organizations like TiE have gotten too big and are leaving out the greenest of entrepreneurs.

“What has happened is, (TiE) became so big that it is unable to focus on a really budding or aspiring entrepreneur,” he said.

And, for a community that has evolved into a business-shy group, ATEA can create a social setting that allows for growth.

“Normally, the Tamil community, they are educated to a level that they are in a comfort zone always,” Nagappan said. “They are well-educated, they have good jobs, so they never take risks. The mentality of taking risks is not there. It used to be there. But a lot of political things happened in the last hundreds of years, and the whole community changed from entrepreneurs to employees of companies.”

Think call centers and consultancy firms. The Tamil community is largely in the pharmaceutical sector, as well as technology and finance, in that order.

“We are senior executives of many companies, but we never start our own,” Nagappan said. “That is slowly changing. The networking is what is needed so they can be connected with the right people and help each other out.”

And knowing when to apply for loans is also key for minority entrepreneurs, De La Hoz said.

“The best time to apply for a loan is when you don’t need it,” he said. “A lot of people who work on landscaping or have spring and summer work, that’s the right time to apply, because they have income to show for the last three months. But they don’t apply then. If they wait until March, and didn’t have sales in December, January and February, writing the loan means there looks like there is no income.”

De La Hoz said it’s all part of a bigger picture of progress, as groups such as The Intersect Fund and Rising Tide and nonprofits like ATEA and TiE are helping better educate minority entrepreneurs who are used to a different business culture, and ensure they are prepared to delve in the financial world.

To reach the American Tamil Entrepreneur Association, go to: ateausa.org.