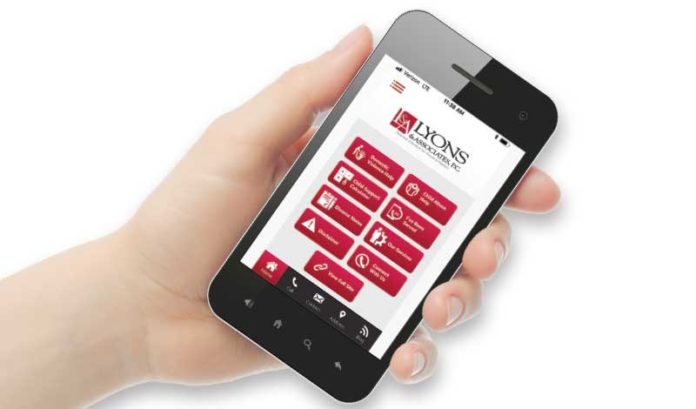 Supporting the growth of women in science, technology, engineering and math is as mission-critical to her organization as ever, Debbie Hart said.

However, it is not always easy.

“We’ve been paying more attention to this issue over the last couple of years, and, as we build out our programs, we always want to make sure we (include) women,” Hart, CEO and president of BioNJ, the 400-plus member organization and advocate for the state’s biotechnology industry, said. “I am sorry to say that, sometimes, it is difficult to find women in various roles at certain levels in the industry.

“We decided three years ago to do what we could to try to make a difference on that front.”

She addressed nearly 200 attendees from throughout the New Jersey business community.

She was joined in her welcoming remarks by Hilary Malone, chief regulatory officer at Sanofi U.S.

“It is so great to have opportunities like today to be able to learn, grow, share and take others’ experiences and apply them to your own life,” Malone said.

“I mentor many women across and outside of Sanofi, and, most of the time, the questions I am asked are not around the business, but rather about how I integrate my life with work and still move forward.

“You have to lean on the shoulders of others and learn from other women who have been able to figure some of that out.”

“But, like many other companies, we have a very male-dominated leadership within the Top 100 and the Top 1,000 (roles) at this company of nearly 110,000 people,” she added. “We clearly believe it is a business imperative, as well as a social and moral responsibility, to address that imbalance.”

Here’s a small selection of what many other women speakers throughout the daylong conference had to say about the support of women in STEM:

On creating best places for women to work

“I’ve experienced the assumption that because I have no children, I have more time — but I do have a life outside of work. … Early on in my career, that was very difficult for me to explain to my managers and my coworkers, especially when a lot of work was put on my plate because other people had family commitments. I even began to normalize it. I thought, ‘Yes, this is OK.’ But I had good mentors who said I must acknowledge what was important to me and to let my managers know, because that is what would ultimately allow me to function successfully in my work. … I write nonfiction and, because I am now very public about it, (others) have even come to me and said, ‘I also do this,’ or, ‘I want to also do this — can I have five minutes of your time to ask how you manage this?’… We need to acknowledge that there is life outside of work, even for folks without traditional families. They also should have the same flexibility and opportunities.”

“Maybe two years ago, we started within our women’s network a male champions’ group, which has now evolved into a diversity champions’ group, made up of all males. I am chairing it, along with our diversity and inclusion sponsor. So, we went with these men, who were part of various executive and leadership teams within the organization, to a program called MARC (Men Advocate for Real Change) with Catalyst, and, from that learning experience, we started to implement how we could have these men in leadership help to advocate for diversity within their own teams. Sometimes, it is a little slow going, but we’ve started to see an impact, for example, from these individuals speaking with their leadership teams about succession planning, ensuring that the discussion is unbiased. … I think this works best when men are already passionate about this issue, men who want to advocate for change within the organization, and are not simply selected by an executive.”

“We often talk about the strength of collaboration between employee resource groups. We are all so focused on our individual initiatives and what we are trying to achieve in terms of diversity and inclusion, but we’ve found that the impact can be much stronger and the scope much broader when we collaborate across employee resource groups. So, for example, we’ve had events where the Women in Finance group has partnered with VETnet, our business resource group focused on veterans, on transitioning back into the workforce. There are many connection points where you can collaborate to reach wider audiences. It’s just a matter of getting creative.”

“We have done a great job of bringing together women and talking amongst ourselves. We all agree, there should be more women. But, then, we don’t get anywhere with that. I think I’m seeing a big change, now, where employee resource groups are being deliberate about how and when to engage men in the conversation. Even on our board of the Healthcare Business Women’s Association, it was all women. So, last year, we found our first man, Joe DePinto, president of Cardinal Health Specialty Solutions, and he’s now there with us, bringing a different and very helpful perspective, which has helped to change the dialogue. I think it also has advanced our organization from being perceived as a sorority.”

2017 Women in the Workforce Report

Elizabeth Hioe said she had attended a retirement party for a client working in a financial institution.

“She may have seen this incredible shift — but, when you study the numbers year after year, looking for those jumps, it doesn’t feel that way.”

Hioe, a partner at McKinsey & Co., a New York-based global management consulting firm with an office in Summit, introduced her firm’s “2017 Women in the Workforce Report,” completed this year in conjunction with LeanIn.org by compiling pipeline data and human resource surveys submitted by 222 companies employing more than 12 million people, with more than 70,000 employees also completing more detailed surveys regarding their work and home lives.

The report, Hioe said, highlights a continued underrepresentation and lack of advancement of women in the U.S. workforce even though gender and ethnically diverse companies are 22 percent and 35 percent more likely to outperform.

“The progress is really terrific and glacially slow at the same time,” Hioe said.

“What we’ve found is that, it’s a sticky pipeline rather than a leaky pipeline,” Hioe said. “It’s a bit of a misconception that this is because women are leaving the workforce.”

Less than 2 percent of women surveyed planned to leave the workforce to focus on family.

“Instead what we are seeing is that women are getting stuck in (managerial) roles without moving on to executive leadership positions,” Hioe said. “So, the next question we asked was, is this an ambition gap?

“The answer was no. Women, while in slightly lower numbers than men, want to be promoted.”

According to the report, women are asking for promotions and raises at the same rate as men. In fact, women at the senior level are asking more frequently. However, the report stated that women are 18 percent less likely to receive the advancement requested, starting with their first promotion.

“Women are leaning in — but men are getting more promotions and are getting them without asking more often than women,” Hioe said. “We also asked women who asked for a promotion or raise to describe the feedback they’ve gotten.

“They were significantly more likely to receive feedback about being aggressive, intimidating and bossy.”

The disadvantages of each measure of the gender gap are even more pronounced for women of color, the study found, even though black, Latina and Asian women are between 10 and 20 percent more likely to pursue top executive positions than white women.

Still, while more than 90 percent of the companies surveyed said prioritizing gender and ethnic diversity leads to better business results, only 37 percent of employees surveyed agreed.

In fact, men are much more likely than women to believe that gender diversity has been achieved, with nearly 50 percent of men stating that women are well-represented in companies where only 1 in 10 senior leaders is a woman.

The report also found that young women between the ages of 22 and 29 were found to be the most personally committed to achieving gender parity, while young men of the same age were the least.

“Men are increasingly starting to think that their gender is a disadvantage, and that 15 percent is going up, each year,” Hioe said. “The fear of reverse discrimination can certainly offset all this progress if it becomes too loud.”

Giving oneself permission to manage

If a working mother wants to get to the C-suite, Hilary Malone, chief regulatory officer of Sanofi U.S., said she will, without doubt, need to make difficult choices.

“You don’t have to do it all, but you will want to do bits of everything.”

Malone also said working mothers should consider this responsibility not only when bringing up their children, but when acting as women leaders.

“We can put as many policies and practices in place at work as we can, but you are the one who needs to get the therapy to try to figure that all out for yourself.”

NJCPA survey: How to stop millennial movement out of N.J.