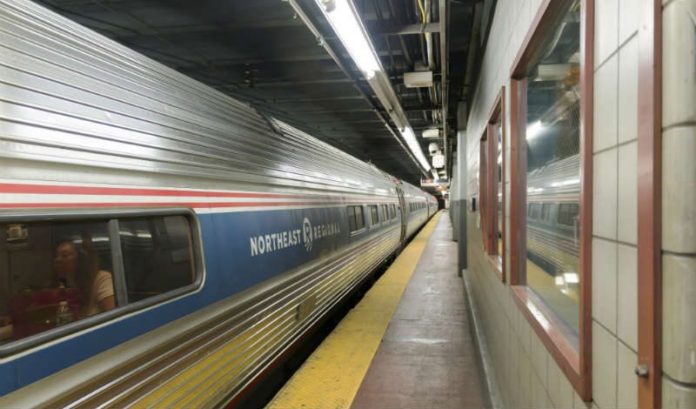 Gov. Chris Christie and New York Gov. Andrew Cuomo announced Thursday that their respective states are committed to funding 100 percent of their share of the new Gateway tunnel project.

The commitment follows a 2015 framework agreement in which the federal government will fund 50 percent of the Gateway Project, an essential portion of the Northeast Corridor that connects New Jersey to New York City.

The project is widely considered the nation’s most urgent major infrastructure project.

“The commitments we make today mark a pivotal milestone in the construction of the Hudson River Tunnel Project, and builds on the work we began earlier this year with the early construction of the Portal North Bridge Project,” Christie said in a release. “It positions the project to immediately compete for federal Capital Investment Grant funds.

“The Hudson tunnel project is critical to the regional and national economy and protects against a potentially disastrous scenario of a closure of one of the two tubes of the existing North River Tunnel. Together with the rehabilitation of the existing tunnel, this project will result in the crucial Northeast Corridor having four tracks between New Jersey and New York under the Hudson River, allowing for increased ridership in the future.”

Christie, of course, is leaving office next month.

And while Gov.-elect Phil Murphy did not immediately release a statement on the promise, the man heading the project said he knows Murphy is all in.

Tony Coscia, the board chair of Amtrak, told ROI-NJ that Murphy will be behind the Gateway Project from the day of his inauguration, Jan. 16.

“I know from my own personal experience that he has had both a keen interest and an understanding of Gateway and of the whole issue of commuting and transportation around the state better. It’s been something that he’s paid a lot of attention to for a long time and understands it really well,” Coscia said.

“No one is going to have to brief Gov.-elect Murphy on Gateway — he already knows an enormous amount about it and already appreciates the importance of it and the gravity of not doing something. That’s an enormous advantage to us. As he becomes the New Jersey partner in this venture, he is starting with a both a commitment and an understanding that only comes from seriously thinking about this stuff for a long time, which he has.”

Coscia has spearheaded the project since soon after Christie killed a previous version, called the ARC tunnel, in the fall of 2010.

Coscia said the project will have an impact throughout New Jersey.

“Right now, a lot of the (NJ Transit) system hangs off of the spine of the Northeast corridor, which runs right through New Jersey into New York City. It has limited capacity, because, even though we upgraded it to four tracks through most of New Jersey, it’s two tracks into New York City. So, no matter how many trains we feed into that system, they’re all going to come to the same bottleneck, which means they will start backing up, which means you have to start limiting service.”

The project still requires a complete financial commitment from the federal government.

Coscia, however, said his group is proceeding as if it will come.

“I guess I would tell you we’ve already started,” he said. “I’ll also tell you that, at Amtrak’s expense and the partners’ expense, we are going through the EPA process for environmental permitting. We expect that we’re going to be done with that process in March. And our hope is that we’re going to be able to negotiate with the federal government an ability to come to a full funding agreement that we’re hopeful will be part of next year’s budget cycle.

“It would not be beyond comprehension that we actually start doing some of the early systems work on the tunnel project itself in the fall of 2018.”