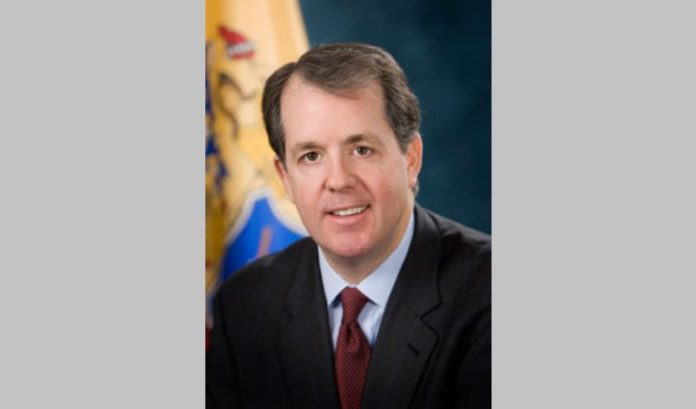 When it was announced last week that Assemblywoman Elizabeth Muoio was Gov.-elect Phil Murphy’s choice for state treasurer, her friends and colleagues offered plenty of praise.

She was described as being “equipped and able” by one, “smart, savvy and well-regarded” by another and someone with a “deft understanding of complex fiscal matters” by a third.

What remains to be seen is whether she will be called a miracle-worker.

Muoio (D-Trenton) will be tasked with a number of duties in the role, assuming she is confirmed as expected. The biggest may be giving her new boss a reality check when it comes to implementing some of his proposals and promises in a $35 billion budget that already is packed with items.

So said someone who would know: former state Treasurer Andrew Sidamon-Eristoff, who called the position the “Minister of Reality.”

Sidamon-Eristoff was a newcomer to New Jersey when he was tabbed to be state treasurer shortly after Gov. Chris Christie was elected in 2009. He quickly learned how much of New Jersey’s budget was tied up, leaving the new governor little room to work.

“Most of the state money is spoken for,” he said. “There’s not a lot of policy wiggle room.”

Especially in the first budget, which is due just weeks after Murphy takes office Jan. 16.

Sidamon-Eristoff said he would expect Murphy would find a way to make some type of noteworthy splash in his first budget go-round. The real work, he said, will begin soon after, as the governor will search for ways to adjust that budget while planning for the next.

That’s when Muoio will get an opportunity to do important and rewarding work — despite being the one who has to watch the checkbook.

“It can be frustrating, but I actually found it fascinating and constructive to be the one in the room who helped to shape the parameters of the discussion,” Sidamon-Eristoff said. “What you have the great privilege of doing is sort of defining the playing field.

“I just felt comfortable with the role of being ‘Mr. No,’ but I am, in fact, a realist and I believe in the practical and I believe in good government and public administration. I felt like, if we were effective in marshaling the data and the facts, we could cut through a lot of the nonsense and get people to focus on the important stuff.

“For me, being the sort of Minister of Reality was deeply gratifying.”

It was a job Sidamon-Eristoff said he did not take on by himself.

“We have some superb people in Treasury who have served under multiple governors from both parties,” he said. “They’re just professionals, and they do a great job. It’s important to give them the authority and latitude they need in order to make their case upon the data, based upon facts.”

Staying on financial point, Sidamon-Eristoff said, is key to the role.

“I didn’t have to deal with a lot of the political overlay,” he said. “That was for somebody else. I wasn’t trying to argue that we should do X or Y with the budget because of a particular policy objective; I was more interested in making it all work, and I wanted to support the governor’s strategic priorities, but I wanted it to work for the state.”

He knows Muoio will have her work cut out for her.

“I will admit to having some skepticism about the ability to fully fund all of his campaign commitments,” he said.

“Things like consolidated reporting; I don’t think it’s going to generate the kind of revenue that he and his advisers have projected,” he said. “The marijuana tax, I wouldn’t put a lot of revenue on that, at least in the first fiscal year.

“And I’m not at all sure if his millionaire surcharge is going to yield the kind of revenue that he anticipates. And, even if you accept their projections for what it might raise, that doesn’t go that far in funding his various commitments.”

Sidamon-Eristoff pointed out that the role of state treasurer is about a lot more than just the budget, thought that is its top priority.

“The job is fascinating, because it not only includes the budget, but you’re in the position to coordinate this conglomerate of separate departments in this broad financial rubric,” he said.

Sidamon-Eristoff said he has never met Muoio, but said he knows she is more than qualified to handle the difficult role. And it’s not just because of her professional background.

He proudly shared the other distinction they have in common: They both graduated from Georgetown Law.

“Things are looking up, from that perspective,” he said.

Sidamon-Eristoff served in the role for more than five years, leaving government in July 2015. Since then, he continues to run a number of firms working in tax and the law.

For as tough as the job is, he looks back at with a sense of pride. He said Muoio’s opening weeks will be the most difficult of the job, but also the most rewarding.

“I recall fondly the first few days, when I was trying to get up to speed,” he said. “I was a newcomer to New Jersey, so I didn’t have any exposure to the political culture.

“And, though it was a lot of work to get up to speed, I have to say it was incredibly enjoyable.

“That deep dive when you first get a major new assignment like that … frankly, I’m a little jealous of what the nominee will be going through.

“It will be one of the most interesting and challenging points of her life.”