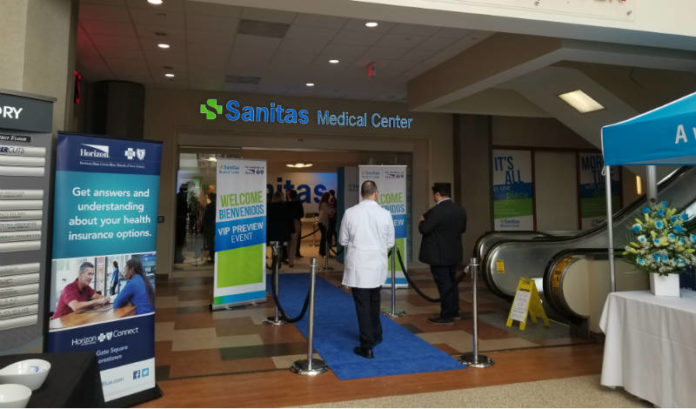 While the goal for Horizon is to grow its inroads into what is already a sizable chunk of the Hispanic market, Sanitas equally benefits from the relationship.

Juan Estrada, a spokesman for Sanitas, told ROI-NJ at an opening ceremony for the Union City location Monday that the exclusive partnership means Sanitas has a decreased paperwork burden.

“It’s much easier to work with one health plan in an integrated way. If we understand their processes, their policies, their day-to-day operations, for both the clinician and the patient we are removing the logistics that make it very difficult to navigate the system — it just makes it easier, and that reflects in the overall health care of the community,” Estrada said.

And rather than being a simple language-based focus, the idea is to have a staff that reflects the communities — yes, plural — whose origins are based in the Spanish-speaking countries of Central and South America, as well as the Caribbean.

“The goal is, what they try to do is go into urban communities with providers who are similar to the community,” Karp told ROI-NJ. “The services they provide are primarily primary care, but they have extended hours and weekends. They have health education in the community. So, it’s really a full-service health center for people in that community.

“We are very interested in the diversity that comes with that model, and how it meets the needs of the communities.”

It’s not just the language, Estrada said. It’s the cultural nuances that are the secret to success.

“Yes, we cater to the Hispanic community, and the Sanitas organization has that experience in South America, but the model itself works with every single type of community,” he said. “Really, what we are trying to do is improve access to primary care services which has been lacking — not only in the Hispanic community, but for all communities in the U.S. By improving access and convenience, improving the doctor-patient relationship and having everything in one place like you will see here — communication, avoiding duplication of testing — we will be able to provide more for less. Improve results, improve access and lower the cost.”

And, despite Horizon’s more than 600,000 members, or more than 30 percent of the state’s Hispanic population, in-house data show there is a huge gap of utilization of services near the Sanitas sites.

Carlos Medina, chair of the Statewide Hispanic Chamber of Commerce who is also on the board of Horizon, said he believes that, despite a presence of Spanish-speaking doctors in the immediate area, Sanitas is going to be more inviting and engaging.

“The Hispanic community, there is a lot of cultural sensitivity, especially with doctors. Doctors and lawyers are revered, and you go to them for not only medical issues. So, it’s important that, if you are going to a health clinic, that there is a cultural intelligence when you go there,” Medina said. “The Hispanic community, we are very reluctant to go to the doctor until we are deathly ill, and it’s harder to diagnose to an issue when you are at a deeper stage of the illness.”

In recent years, health care experts have pushed primary care as a way to identify problems earlier and prevent costlier visits later on.

But hospitals and medical centers are growing their investments into specialty care.

(READ MORE from ROI-NJ on the Sanitas-Horizon partnership.)

“Unfortunately, the U.S. health care system has in the past few decades has shifted into more technical and more complex specialty care,” Estrada said. “We’re going into the market of primary care and improving that access with our doctors.”

The first location, in Union City, is taking patients beginning January 2018, and two other locations, in Belleville and Jersey City, are slated for 2018, with plans to grow further into New Jersey.

But the partnership remains exclusive to Horizon customers, as well as those using Medicare or paying by cash.

“I’m not adverse to them seeing patients from other plans, that’s not why we did it,” Karp said. “But, it does gives us a competitive advantage.”

So why a provider based in Colombia?

“Part of the company at one point used to be in managed care, our end of the business, but, when Colombia went to more of a single payer, they pivoted,” Karp said. “So, they know. They speak our language when we talk to them.”

Horizon will also have a physical presence in the Sanitas building in Union City — a sign signaled its retail brand, Horizon Connect, is “Coming Soon.”