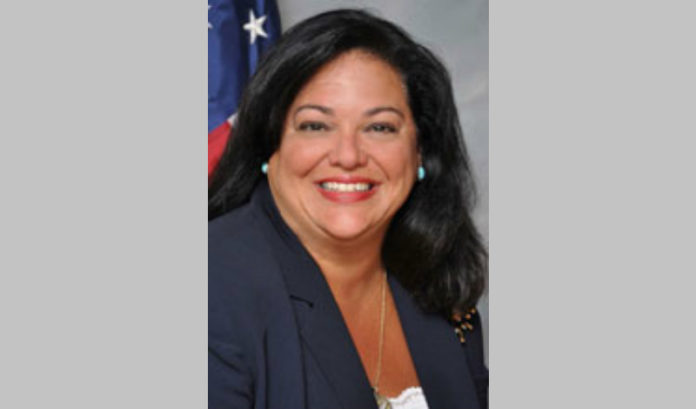 Assemblywoman Marlene Caride has been nominated to the Department of Banking and Insurance by Gov.-elect Phil Murphy.

The announcement Tuesday makes Caride (D-Ridgefield) the second pick from Bergen County, the second attorney, the third woman and the first Hispanic nominee for Murphy’s cabinet.

The Statewide Hispanic Chamber of Commerce voiced its support of Caride.

“The chamber has dealt with the assemblywoman, and she has always been very sensitive to issues that impact the business community as a whole in New Jersey. Her legal and legislative background makes her very well suited to assume the position of commissioner at this very important agency,” the chamber said in a statement. “Access to capital is one of the issues that our members face and, as our members start businesses at a rapid pace, the easier it is for them to access capital in a fair process the greater the spark they will continue to be to the New Jersey economy. She is also a person who gets it and understands the value of diversity.”

Caride’s nomination is the first win for the Hispanic community, which is the largest minority group in the state.

Her voting record shows her support of small business loans and working with and through the state Economic Development Authority.

“Phil Murphy continues to assemble an impressive cabinet with his selection of Assemblywoman Marlene Caride to lead the Department of Banking and Insurance,” he said in a statement. “For the past six years, Marlene Caride has thoughtfully and effectively served the people of northern New Jersey in the General Assembly, and I’m confident she will bring that same approach to public service on behalf of all New Jersey residents in her new role.”

“Assemblywoman Caride has been a very thoughtful and fair legislator,” he said. “Her background as an attorney, a member of the key committee on health insurance and as a small business owner will serve her well as the chief insurance regulator.  We applaud her nomination and wish her well.”