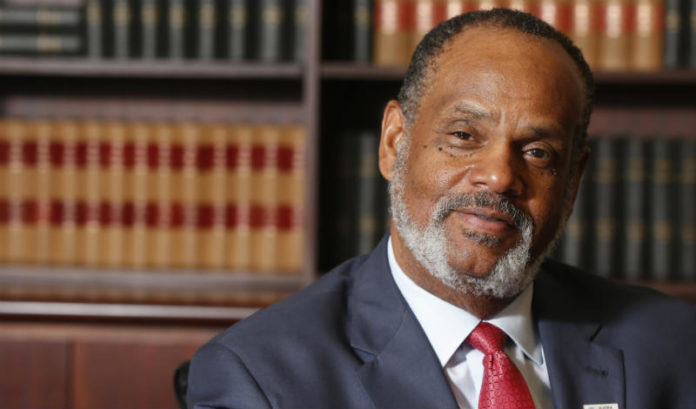 But, when the policy finally hits the books, it’s the usual exercise of day-to-day accountant work that will make the story all add up for New Jerseyans.

That’s why ROI-NJ connected with Ralph Thomas, who has been the CEO and executive director of the New Jersey Society of Certified Public Accountants for almost two decades — and a tax expert for longer than that.

Thomas spoke on the eve of the Republican-led House and Senate voting to pass their $1.5 trillion tax bill, allowing it to embark on its final passage to President Donald Trump’s desk.

Channeling the voices of his organization’s more than 15,000 members, here’s what Thomas had to say about the biggest rewrite of the tax code in recent history.

ROI-NJ: To start off, what are accountants preparing for once the bill gets the final sign-off?

Ralph Thomas: With a major tax proposal like this, members’ clients are chomping at the bit to find out what they should do. From an individual perspective, as well as a business perspective, should they look at different ways of organizing business structures? There will be many conversations about that.

One of the biggest issues that I’ve been hearing from members is: How do we advise clients, given that some of these provisions are good for the next five years? You don’t know if there’s a reshaping of Congress coming, and if they’ll extend it or not. You don’t want to advise someone to make a structural change that may not be good after five years. That’s keeping people up at night. They’re trying to figure out how to help clients take advantage of change when it’s still in a state of flux. You just don’t know who will be in control, because there could be some significant change in which we don’t have Republican control over the House and Senate after the midterm elections coming up (in 2018).

After Barack Obama’s first term there was a shift — Tea Party candidates were winners — and that led to change in makeup of Congress. Interesting dynamics. I’m sure Democrats will be leveraging what they see as flaws in the tax package to get those seats.

ROI: What could have made accountants’ lives easier if it were in this bill?

RT: For professional services such as accounting, some of the pass-through initiatives we’re hoping will be revisited. We want accountants, attorneys, architects and the like to be able to benefit from the changes that were made to these business entities. That would put us on the same playing field.

My understanding is they felt that the groups that had brick-and-mortar and physical inventory should be the ones to avail themselves of pass-through initiatives in the plan, because they will hopefully be investing in hiring more people and maybe expanding.

As a professional services organization, your biggest resources are people. Firms do a lot of hiring, even if in this environment you can work remotely with technology, which more firms are adopting and going with less square footage because people are working at home. Still, I’m hoping that some bones are thrown to CPAs.

ROI: At the end of the day, who wins and who loses in this tax overhaul?

RT: Largely, corporations will gain from it — as was really the framework or goal of the reform, to lower the tax rate for corporations and hope that they would invest that money and continue to be domiciled here. We’ll see if it’s enough for them to think twice about relocating or utilizing tax conversion strategies to lower taxes by pushing operations overseas. So, generally, businesses, at least larger ones, stand to gain from that. I wouldn’t say small businesses lose in this, but at least as far as I’ve seen — they weren’t uplifted in any significant way, even if they won’t be harmed by it.

From an individual standpoint, and in New Jersey, we’re very concerned with some of what is proposed — such as the elimination of state and local tax deductions and the capping of deductions on property taxes. And that will be significant, because New Jersey has the highest property taxes in the country. During a survey we did, we found that about 70 percent of our members said, ‘almost all’ of their clients take the state and income tax deduction. And an even larger percentage believe their clients’ federal tax bill will go up, especially for clients in certain tax brackets.

ROI: If it’s true that there’s less money in the pockets of individuals after the bill comes into effect, what sort of impact would that have on New Jersey?

RT: We think it will have some unintended consequences that we’re sure will happen. I think the changes to mortgage interest will have the unintended result of lowering property values. We’ll also see outward migration issue bubbling up again. People saying, ‘Why do I need to live in New Jersey and pay $20,000 in property taxes but only get a deduction for half that? I can live elsewhere, and the property values are cheaper and the property taxes are cheaper, too.’

It’s already been a big concern. We’re just likely to see it ramp up again. People usually think this is only those nearing retirement moving, and that’s a large group. But those between 18 and 34 years old are also migrating out, too. We export more than 31,000 high school seniors, and 65 percent don’t come back. That affects our talent base. And when you compile something like the state and local tax and property tax changes with what Gov.-elect Phil Murphy has indicated he wants to do — particularly the talk about a millionaires’ tax — it’s sort of a double whammy.

ROI: One final question: What else from Murphy’s platform has grabbed accountants’ attention?

RT: He’s focused on fixing pensions and funding schools, and that’s good — because those were big issues our members have said they were focused on. There are some things our members indicated they wanted to see how it unfolds, such as the legalization of marijuana. It’s something we want to hear more about in surveying our members, because it’s uniquely complicated the way accountants have to deal with the issue of it being illegal on a federal basis, and from that standpoint it seems like CPAs could be seen as aiding and abetting. So, before we go down path, we want to make sure we know exactly what needs to be done.

Then there are certain things causing a little pain, such as talk about raising the minimum wage, paid sick leave. There’s also gender pay equity bills that were in the Legislature that didn’t see light of day that we sense would come back. Accounting as a profession has done a good job of advancing the premise of equal pay from a gender standpoint. Three CEOs of the Big Four accounting firms are female. That’s a huge thing. The issues we might have with those bills is the requirement for supplying information — disclosing compensation — to the state multiple times throughout the course of a contract. It may impact a firm’s ability to be competitive; they might not bid on certain work because providing that information is a nonstarter for them. And, anyway, we don’t think disclosing that information is going to create gender equity.

Lastly, we hope nothing would be done to repeal the recent estate tax changes. And there is concern with the state’s history of having these policies get repealed or pulled back with new leadership. We have seen a shift from members telling clients that they shouldn’t leave, but who knows if that would change again if we see a reversal.

Report: N.J. up to 9th in nation in venture capital dollars...