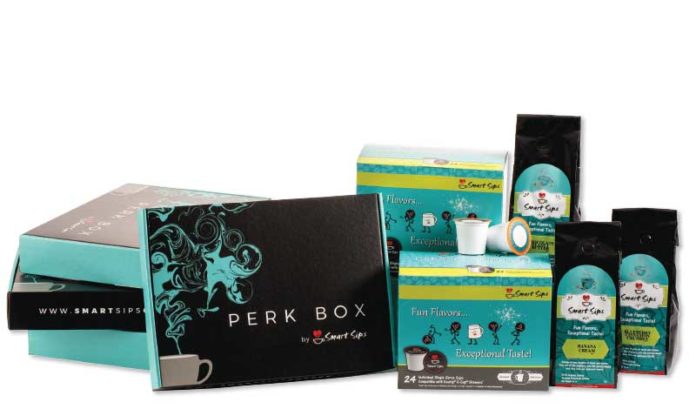 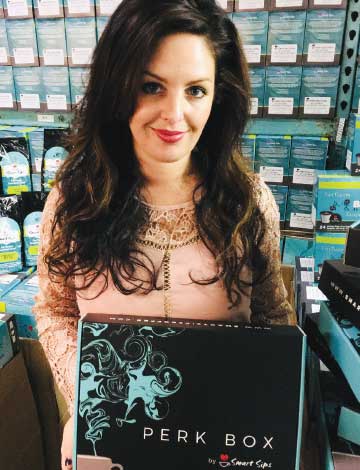 Lara Gottlieb Nikola said Christmas shopping was the last thing on her mind after Thanksgiving this year.

She and her two employees instead were busy managing the more than 32 percent increase her business, Smart Sips in Brick, saw over Black Friday, Small Business Saturday and Cyber Monday.

“It’s been amazing to create products that have become a staple in our customers’ daily lives,” she said.

Nikola, founder and owner of Smart Sips, successfully competes with companies such as Dunkin’ Donuts and Green Mountain in the e-commerce coffee space by manufacturing uniquely flavored coffees, hot chocolates and cappuccinos for both Keurig and traditional coffee machines.

“It’s about understanding and committing to our brand’s unique personality, sticking with our niche and moving forward in our lane,” she said.

That is how Nikola — a one-woman marketer, product designer, social media consultant and flavor chemist — has grown Smart Sips into a more than $1 million business.

Not bad for a company that started as a part-time gig.

Nikola created the brand in 2013 while still working in her career in newspaper advertising.

When she was offered a position in digital operations as a search engine optimization specialist, the working mother jumped at the opportunity.

“Not only would I be able to learn the marketing skills I needed that would help me exponentially grow my own business, but I also would be able to work from home,” she said.

That is, until her business took off.

Nikola said she went from working with — and frequently traveling to — a fulfillment center to managing her own warehouse.

“I built the company to the point where it just made sense to take it all in-house,” she said.

Smart Sips has since become Nikola’s full-time endeavor, with the company currently selling more than 6,700 boxes of single-serve coffee cups per month. Each 24-count box retails online for $16.99.

Nikola said she works to unveil at least six new flavors every three months. With more than 70 flavors to currently choose from, including brown sugar bourbon, bananas foster and maple syrup French toast, there is no end to her creativity, she said.

“I conduct a lot of research into which unusual flavors may pair well, but I also incorporate my own tastes, too,” she said. “For example, whenever we used to visit my grandmother in New York City, she would buy us chocolate-covered espresso beans. That’s where that flavor came from — nostalgia.

“I also love creating flavor profiles that are associated with decadent desserts.”

Each cup of coffee contains less than 10 calories and no artificial sweeteners.

“By encouraging our customers to drink their dessert, we hope to satisfy one’s craving for molten lava cake or deep-fried churros without them having to consume carbohydrates or sugar,” Nikola said.

In October, Smart Sips launched its newly designed monthly subscription sampler, the Perk Box, in which Nikola hand-selects six new and exciting seasonal flavors of coffees, cappuccinos or hot chocolates to include in a 24-count box.

“It is the perfect way to sample new flavors and discover new tastes,” she said. “There also is a different feel to October than there is to November, so I pick flavors that specifically complement that month.”

For example, she might include some pumpkin spice cinnamon roll in October, cranberry biscotti in December and pecan whiskey in February.

While the Perk Box usually has the option to choose between three- and six-month subscriptions at $19.99 per month, Nikola recently offered a one-month “trial” on Amazon — and immediately sold out.

“We hope people will find their new favorite flavor this way, something that they never even thought of and now can’t wait to brew as soon as they wake up,” Nikola said.

Nikola also launched six flavors of 20-ounce bags of ground coffee in September and a line of decaffeinated products.

“There will be more flavors to come in the new year,” she said.

Smart Sips now has 150 stock-keeping units, but Nikola said she has plans for so much more.

“We’re working on a gift item that will allow users to make 100 cups of coffee with endless flavor combinations via 4-ounce bags of coffee and a reusable K-Cup,” she said. “We also want to release a line of shakes and creamers infused with vitamins and protein.”

Smart Sips currently sells its products on its own website and through online retailers including Amazon, Walmart and Jet.

“The e-commerce space is very crowded and competitive,” Nikola said. “We need to stand out by staying creative and innovative and by trying new products that other companies aren’t.

“Also, any company who doesn’t offer free shipping doesn’t understand the space that they’re working in. There are just certain things that the online space demands.”

In the meantime, Nikola and her husband, Frank Nikola, vice president of operations and warehousing, work with one additional warehouse employee to keep the buzz going.

“A space just opened up in our industrial park, so we also will be moving from 1,200 square feet to a 2,000-square-foot warehouse,” Nikola said. “And we’ll be looking for an additional full-time warehouse employee and a sales assistant in the new year.”

One job Nikola won’t give up, she said, is customer service.

“I am the one responding to every single customer email, and I will never let anyone else do that,” she said. “Not only do I love hearing from our customers, but, also, an owner’s response always will come from the heart.”

It isn’t enough for Smart Sips to have a national customer base, Lara Gottlieb Nikola said.

As a woman business owner in Brick, Nikola wants to be better known in her own backyard.

The best thing about being an e-commerce business, Lara Gottlieb Nikola said, is that the internet is working for her 24/7.

“I can reach people in their homes at night or on their phones while they commute to work,” she said.

That is why Nikola said she made immediate changes once she realized the potential of mobile purchasing.

“People used to start and finish their purchase on a computer, but the mobile conversion rate has been dramatically increasing,” she said. “People are buying more and more coffee via their phone.

“When I discovered that, I completely redid my website, which already was mobile-friendly, to make sure it was as easy as possible for my customers to be able to buy our products right then and there.”

“It was really difficult come September when my 5-year-old son had to be at school at a certain time, but now that we’ve got it, we’ve got it,” she said. “Now I just take my 3-year-old to pick up my son from kindergarten and then take them with me back to the office to work.

“I always will shift everything to put my kids first. But I also like it when they get to see me accomplish things. I include my children in the business more than ever now to make them also feel proud and invested. Sometimes, they’ll help me tape boxes or they’ll tell me what they think of a new design. That, too, also has led to more balance.”

“I recently started sharing pictures of my family to show potential customers that, when you order from us, you’re ordering from a working mother,” Nikola said. “I didn’t want to keep it a faceless company.”

“I’m really excited about that, because I’d like to see if that will help us get into Target or Staples or consider what federal contracts are available,” Nikola said.

Nikola also joined the Women Presidents’ Organization to find more women like her.

“I needed to be around more women who are doing what I’m doing — running, balancing and juggling.”