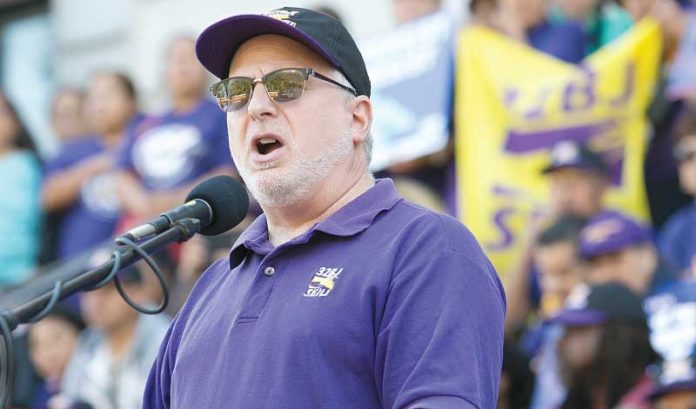 About four years after airport workers pleaded for a living wage from the Port Authority of New York and New Jersey, they are still waiting.

In the meantime, they got a minor uptick to $10.10 an hour several years back, had their hopes for more dashed with a bill Gov. Chris Christie vetoed and then watched their peers across the Hudson get a boost to $15 an hour under New York Gov. Andrew Cuomo.

“It’s something that was supposed to be taken care of in 2014 — here we are, still needing to have this fixed,” he said. “We need someone to say loudly that these workers are critically important to a safe and secure airport. Time is now to help their situation; not a few years from now.”

And Brown believes — and believes very strongly — that Gov.-elect Phil Murphy will bring that wait to an end, rectifying the situation with the immediacy he demands.

Murphy, a Democrat, has a veritable wish list from the labor groups that supported his run: school aid for teachers unions, a mended pension system for public-employee unions, transit projects for construction unions and a statewide $15 an hour minimum wage for Brown’s airport workers — and many other labor organizations.

Unions small and large are paying attention, because, as Paul Roldan, president at construction trade union Laborers Northern New Jersey Local 3, put it: “Politics play a key role in everything a union does.”

And everyone in the state’s labor circles expresses a different opinion on the role a new governor will play.

For his part, Roldan thinks Murphy’s promise to push for getting a new minimum wage law on the books is a good thing. But it’s hard for Roldan to do much cheering at a time when he’s expecting federal policies to do his union no favors as far as pay goes.

“We got someone (in the White House) who could, with the swipe of a pen, halve our wages and basically bring an end to construction unions,” he said.

“And given the damage that has already been done to unions … Murphy would have an almost-insurmountable challenge leveling the playing field. It’s something that can’t be done in just four years, or even eight.”

In the backdrop of Roldan’s perspective is an extensive history of having to play defense against power coalescing against unions in the construction industry and elsewhere. Accordingly, his union’s membership has decreased significantly in recent history.

He’s not altogether pessimistic about prospects under Murphy, but he’s got a guarded optimism that’s more guarded than optimistic.

“Murphy has said he’s going to do a lot of things for the working class — and that’s promising, and better than what we had — but how much can he do?” Roldan said.

One union official, who did not want to be named, said that some are also starting to temper expectations of what governor-elect can do for public-employee unions. This is in light of how much of New Jersey’s about $36 billion budget is unable to be tinkered with, due to existing state provisions on how the money must be allocated.

With that — plus the federal tax plan that’s fast becoming a new fiscal reality with many implications locally — the situation is such that public-sector employees may not see some of the investment they anticipated, the source said.

“As much as public-sector unions may say, ‘We finally have our guy,’ I think they’ll find out — if it’s not already obvious to them — that their guy can only do so much,” the source said.

It is worth mentioning, however, that Murphy’s transition team is stacked with representation from unions in public sector, such as the president of the New Jersey Education Association, an influential union that threw its weight behind Murphy’s campaign.

Rob Lewandowski, a spokesman for one of the top local unions focused on the private sector — the Garden State arm of the Laborers’ International Union of North America — doesn’t feel the new governor would be hamstrung in advancing his union’s uncontroversial aim.

“For us, what’s most important is setting the stage for private economic growth,” he said. “What the state needs more than anything is the investment of private capital into creating jobs and those companies paying into the tax base. We feel this governor has the tools to accomplish that.”

Lewandowski thinks there’s good reason for unions to have unanimously gotten behind Murphy, no matter how many items on the New Jersey labor organization wish list get immediately crossed off.

“Overall, (his election) represents opportunity for labor,” he said.

What Murphy’s time in Germany could mean for training programs

Rob Lewandowski of the New Jersey division of the Laborers’ International Union of North America hopes Gov.-elect Phil Murphy knows what a Berufsschule is.

Lewandowski may not even know what it is himself — he didn’t say the word. But, he alluded to the German vocational school (or Berufsschule) and the country’s well-regarded apprenticeship training approach.

“As an ambassador to Germany, Murphy has seen that model of apprenticeship firsthand,” Lewandowski said. “Hopefully, he sees the power of apprenticeship programs and the role they play in the economy — and he’ll support them.”

In Germany, the at-least-partly government-funded apprenticeships closely involve future employers along with educators. Unions have long utilized such programs for worker training.

“But, we’d like to have apprenticeships seen as an asset and utilized farther and wider,” Lewandowski said.