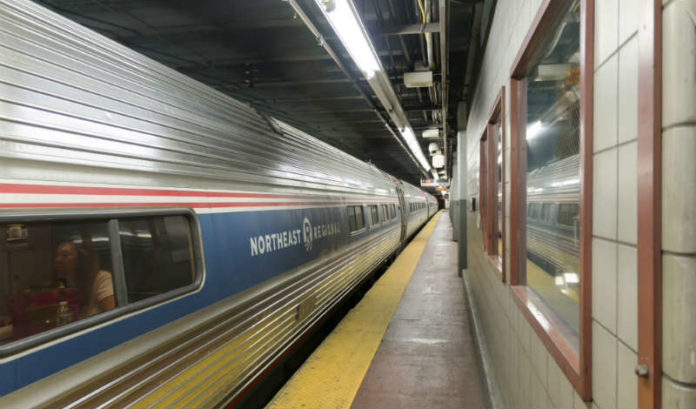 ROI-NJ: Let’s start at the beginning. When the ARC tunnel project was killed by Gov. Chris Christie in the fall of 2010 over funding issues, how and when did Amtrak step in — and how did Amtrak change the concept?

Tony Coscia: Amtrak resurrected the project literally within months. And the single focus for the first year to two years was developing an engineering solution that represented the right alignment for that project.

There was a lot of criticism about ARC because of the fact that it did not have the ability for both Amtrak and New Jersey Transit to use it, and so it was only a New Jersey Transit alignment. Secondly, instead of connecting directly to Penn Station, the tunnel, in order to avoid the real estate costs of directly connecting to Penn Station and other more problematic aspects of it, went to a deep tunnel under 34th Street, which gave rise to the basement of Macy’s criticism for it.

And there was also criticism that the plan of finance for the project was not one that managed the risk to the state of New Jersey in a way that was appropriate. So, when Amtrak kind of picked up this baton that had fallen on the ground after our project was terminated, the objective was to deal with all three of those issues.

The objective was: How do we create an alignment that could be used by all the railroads and give us the maximum amount of capacity enhancement? How do we connect it to Penn Station so that we also create the incentive to do something about Penn Station, which is, in itself, a problem?

And, then, how do we create an entity or an organization that could allow us to come up with a plan to finance that allows for financial contributions by all of the stakeholders and creates the opportunity to bring in private stakeholders to participate?

At entirely Amtrak’s expense, Amtrak basically took on the process of developing those things, and we did, in fact, develop an alignment that does solve the first two problems.

The Gateway Development Corp. is our attempt, along with our partners, to create a mechanism through which the stakeholders all have an opportunity and ability and the obligation to invest, but also creates the opportunity to say, ‘OK, here’s where all the public investments are going to be, where can we find a role for private investment to take place?’

ROI: Let’s talk cost and timeline. That’s what everyone wants to know?

TC: I don’t think there’s anybody on the planet who knows more about the subject right now than I do, and I don’t know the answer to that question.

I think part of the problem is people use numbers that, at this point, are not certain. We know this is a project that has the potential to require at least $30 billion in capital. But we can’t really say to people that the number is 30, and it’s not 27 or 25.

That number moves around. The reason it moves around is that the only way to know for certain how much a project is going to cost is to design it to a point where you substantially understand what’s going to be involved in the project. We’re not building cookie cutters here. The last time anybody built under the Hudson River was over 100 years ago.

ROI: Guessing you can’t give a definitive start or completion date, either?

TC: Projects like Gateway don’t get built unless the people who are advocating for it stay pretty diligent toward pursuing it, literally on a daily basis. The stakeholders that are involved in advancing Gateway are constantly looking to try to find ways to advance aspects of it and, in fact, lots of progress has been made.

We have made an enormous amount of product progress on completing and making the Portal Bridge Project ready to build.

We’ve done a lot of work on different versions of financing that would be a way of creating different allocations between the different partners of where capital responsibility will be. So, every day, as we’re sort of talking about this project, our view is that we’ve turned the hourglass over and we’re building it.

I guess I would tell you we’ve already started. I’ll also tell you that, at Amtrak’s expense and the partners’ expense, we are going through the EPA process for environmental permitting. We expect that we’re going to be done with that process in March. And our hope is that we’re going to be able to negotiate with the federal government an ability to come to a full funding agreement that we’re hopeful will be part of next year’s budget cycle.

It would not be beyond comprehension that we actually start doing some of the early systems work on the tunnel project itself in the fall of 2018.

ROI: New Jersey will have a new governor in less than a month. Where does Phil Murphy stand on the issue and how long will it take to bring him up to speed?

TC: I know from my own personal experience that he has had both a keen interest and an understanding of Gateway and of the whole issue of commuting and transportation around the state better. It’s been something that he’s paid a lot of attention to for a long time and understands it really well.

No one is going to have to brief Gov.-elect Murphy on Gateway — he already knows an enormous amount about it and already appreciates the importance of it and the gravity of not doing something. That’s an enormous advantage to us. As he becomes the New Jersey partner in this venture, he is starting with a both a commitment and an understanding that only comes from seriously thinking about this stuff for a long time, which he has.

I think he gets the sort of human element to this, which is that what we’re really talking about is what does it take for people to get to their jobs every day and what impact does that have on their ability to get to the job that will do the most for themselves and their families. And, also, what kind of a strain does it put on people.

The fundamental aspect of this is definitely very much in Phil Murphy’s wheelhouse and that is an enormous positive. When it comes to all the other partners — and I think this is true of the governor of New York and even the president of the United States — they get it.

ROI: We keep hearing about how the Gateway Project will also help rail service within New Jersey. How is that?

Right now, a lot of the (NJ Transit) system hangs off of the spine of the Northeast Corridor, which runs right through New Jersey into New York City. It has limited capacity, because even though we upgraded it to four tracks through most of New Jersey, it’s two tracks into New York City. So, no matter how many trains we feed into that system, they’re all going to come to the same bottleneck, which means they will start backing up, which means you have to start limiting service.

The problem isn’t that no one wants to take the trains, the problem is we don’t have a train that meets their demands.

ROI: So, how are you working to bring everyone to the finish line?

TC: Our lobbying campaign is basically to have our act together.

We need to convince a lot of people in Trenton and Albany and in Washington, D.C., and Wall Street that this is a good idea.

ROI: Three of the four locations you just named are not in New Jersey, which seemingly will benefit the most from Gateway. How do you get buy-in?