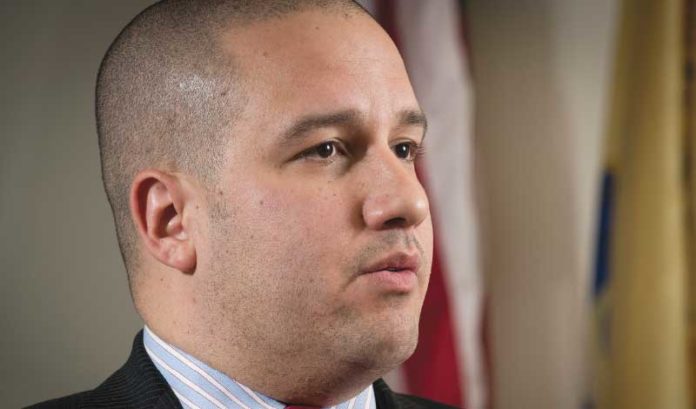 When Jose Lozano was named the head of the transition team for Gov.-elect Phil Murphy, it was a surprise to many in the state who only knew him for his work in the health care industry.

As the chief of staff of Hackensack Meridian Health, Lozano has made a name for himself by helping then-Hackensack University Health Network create a new medical school (along with Seton Hall University), merge with Meridian Health to form the second-largest health care system in the state, and assist on a number of other partnerships that have helped make Hackensack Meridian a model for the health care system of the future.

Lozano, however, only took on these roles after a decade of public service in New Jersey and Washington, D.C., working for U.S. Rep. Bill Pascrell, Gov. Jon Corzine and U.S. Environmental Protection Agency Administrator Lisa Jackson — including working on Corzine’s transition team in 2005.

Those who knew Lozano from those roles understood why the still-young executive (he’s just 38) had all the experience necessary to run Murphy’s transition.

ROI-NJ caught up with Lozano earlier this month to see how things were going.

ROI-NJ: Let’s start with your political background. Is that something many people don’t know about?

Jose Lozano: I started off interning for Bill Pascrell. One of the first elections I worked on was Sen. (Frank) Lautenberg’s campaign in 2002. I was then lucky enough to become an education fellow for then-Sen. (Jon) Corzine, and went on to work for Corzine when he was governor in a couple of roles. Here’s an incredible thing, I became the head of operations a week or two before his car accident. That was a test, managing a governor’s office in a time when the governor was recovering from a serious car accident.

After Corzine created the office of Homeland Security and Preparedness, I went over and served on the senior team. I stayed on for Gov. Chris Christie for 10 months, before I was recruited down to EPA, where I was deputy chief of staff for Lisa Jackson.

ROI: Sounds like a great run. So, why did you move to the private sector?

JL: I had done what I had considered a good 10-year run in government. I wanted to transition into non-government life. I thought I wanted to go into private sector, but I found the hospital world was probably in between the private world and the government world. Hackensack was looking for a chief of staff who could manage large operations and handle the communications side of the house, the rollout, restructuring an organized flow of process.

ROI: Now, you’re back in politics; was this planned?

JL: Not at all. Everyone had just assumed I had left government and would never come back. But, quite frankly, public service is something I’ve always loved and had a passion for. I’ve always monitored it and followed it and quietly have stayed involved in the sense of giving people advice or anecdotally given my thoughts on elections and public policies.

I had met the governor-elect on a handful of occasions and I chatted with a couple of the senior members of the team. After Labor Day, I was given a chance to think about how we would structure a transition. I was quietly mapping out how we would set up a structure, so, on the night of the election and the morning after, we would be able to hit the ground running.

ROI: Let’s talk about the transition. Compare it to the Corzine transition team, of which you were a junior member?

JL: I think there is a level of excitement now that is much greater than it was 12 years ago, when it was going from one Democratic administration to another. That’s the first thing. Then, the challenges and some of the frustrations going on in Washington, D.C., has opened up our candidate pool of folks who want to get into public service that traditionally A) haven’t been; or B) have been more on the national, federal level; and they want to come to New Jersey because they see Phil Murphy as the new face and a breath of fresh air.

ROI: We’re actually seeing a lot of faces. If there’s been one criticism, it’s that the transition team is too large. How would you respond to that?

JL: There were folks in the last eight years who have not been heard and not been engaged. And we wanted, in the transition, to allow as many folks as we could to be heard. We have multiple channels we are exploring to help folks who have not been a part of the transition committee to be a part of it. We hope that the selections will be reflective of a much larger and broader constituency group that has ever been done before. We put a lot of credence in the co-chairs; they are stronger than traditionally they have ever been. We’ve made sure the co-chairs are diverse in not only gender and ethnicity, but in background of experience.

Some folks have referenced it as Noah’s Ark, and I’m OK with that. The more, the merrier. I’ve welcomed it. I think the cabinet and the senior team will be reflective of the communities we serve. It will be diverse. And it will have much more gender balance than you have seen of any previous governor.

ROI: The mix of diversity also includes you, as you are the first minority to have run a transition team. How important is that?

JL: I’m a first-generation guy. My mother was born in Puerto Rico, my father was born in Dominican Republic. I’m the first generation to go to college, and I’m pretty sure I’m the first person in my family to lead the transition team of a governor-elect. I think I’ve checked off a few firsts, but that’s only because the public school system gave me the opportunities. I went to a state school (Stockton University). I feel I owe it back to the people and the institutions that supported me, and I’ve got to give back. This is my way of giving back.

ROI: Giving back means giving your all. As someone who lives in Bergen County, making the trip to Trenton — often seven days a week — has to be difficult on you and your family (a wife and two young daughters).

JL: My old boss said, ‘Sleep was overrated.’ In this job, sleep is nonexistent. But, it’s temporary. There are not many opportunities in life where you can say you helped to build a government. As someone who has a 7-year-old and a 3-year-old, to be able to look back and say you were able to help a new, incoming governor build a team will have much longer lasting effects on my children. It’s something that could be second to none.

ROI: You must be a big believer in the governor-elect. How is he different from other politicians you’ve worked with?

JL: The governor-elect is something different, something special. He listens. He is so passionate. And here’s an individual that doesn’t have to do this, but wants to do this because New Jersey is his home, it’s the place he’s raised his family and he actually truly believes the tagline of a fairer, stronger economy. I think he truly believes that with his background and his skillset he can actually change the state for the better.

ROI: That only begs the question: Why not stay on and work in his administration?

JL: One of the first things that then-candidate Murphy said was that he was looking for someone to lead the transition and that it would be an independent process and that there was nothing in this for me. So, in the balance of wanting to come back into government and having a great job and a great role at Hackensack Meridian, taking a leave of absence and working on the transition is probably the best of both worlds.

The transition has been wonderful, because I have rekindled some old relationships, folks I haven’t seen in quite a few years. But I have no intentions of going into the administration. Right now, I’m just focusing on building his administration.