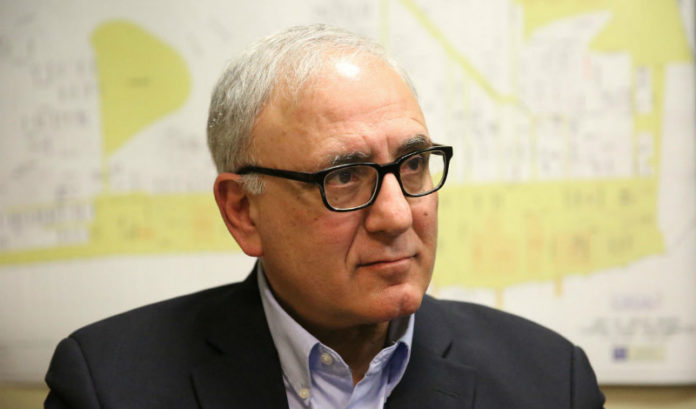 A familiar face from Atlantic City is going to lead all things economic growth-related for Newark, beginning Tuesday.

Palmieri will oversee non-real estate growth such as the Newark fiber infrastructure, PATH extension and revitalization of the Newark Penn Station.

It’s one of a few changes Baraka is making to enhance the city’s focus on revitalization, and includes efforts to make the information more accessible to residents.

“Newark’s success in attracting investment, construction and affordable housing opportunities requires attention to development issues beyond real estate and to assuring that all development is inclusive,” Baraka said in a statement last week.

“Newark is moving forward at an unprecedented pace, and our success in attracting investment, development and affordable housing opportunities requires new positions to fully address the city’s growth. These new positions give us greater flexibility to work on infrastructure, affordability and other growth issues with developers and the Newark Community Economic Development Corp., community groups, major business partners and anchor partners. Today’s announcement is another step forward to ensure that all residents in every neighborhood will benefit from Newark’s prosperity.”

Palmieri told ROI-NJ on Monday his experience both with CRDA and other major U.S. cities will help him in Newark.

“The CRDA experience introduced me to business and legislative leadership and state incentive programs Atlantic City and Newark rely on as employment centers to build their economies,” Palmieri said.

As for the local universities and entertainment venues, there are also sectors that Palmieri is familiar with.

“The CRDA’s ownership of Boardwalk Hall and Convention Center, also, will permit me to work closely with the cultural and sports facilities operators in Newark (such as the New Jersey Performing Arts Center and the Prudential Center). … Also, work done with Stockton University to develop the city campus in Atlantic City reinforces the important role Rutgers University, Seton Hall University, NJIT and Essex County College play in the betterment of Newark as a regional growth center.”

Beyond Atlantic City, Palmieri has also had experience focusing on diversification that Newark needs.

“Focus on job creation through development of a more diverse economic base in regional centers like Charlotte, Providence, Hartford ad Boston has prepared me for the challenges and opportunities Newark presents,” he said. “The new job demands an integrated approach to economic growth. Mayor Baraka wants to ensure that the city’s central role as host to the Port Authority of New York and New Jersey, Penn Station and state and federal highway system function at highest levels to provide access to jobs, and business investment. The city’s fiber-optics network can serve as a critical amenity and reinforce the city’s role as a corporate center.

“Working with city departments and external partners like NEDC, the mayor wants me to focus on economic growth strategies that improve job and housing opportunities for Newark residents who have contributed so much to Newark’s renewal and who deserve to fully participate in all investments that develop the city’s economy,” he said.

“This position will oversee implementation of the Inclusionary Zoning Ordinance, collaborate with minority co-developers on projects, and serve as the chair of inclusionary development. The manager will be responsible for cataloging affordable housing, making this catalog available digitally for residents and working with Newark residents seeking affordable housing. Implementing the city’s new tax abatement law, which requires developer collaboration with minority and women contractors, the manager will maintain relationships with minority developers to facilitate co-development in overlooked neighborhoods,” according to a statement from the city last week.

Suuchi Inc. could change apparel manufacturing industry. But will the company...