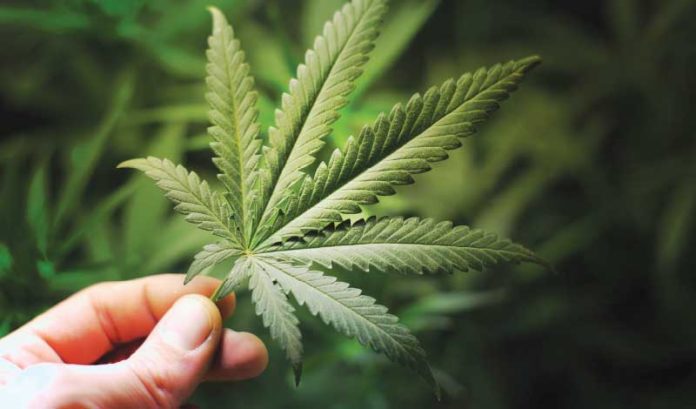 U.S. Attorney General Jeff Sessions gave New Jersey lawyers something to talk about on a snowy Thursday when, just days after California legalized marijuana, he sent a memo rescinding the lax approach to prosecuting controlled substances (such as marijuana) that President Barack Obama’s administration had taken.

In response to states pursuing legalization, Deputy Attorney General James Cole issued a memo in February 2014 citing new guidance given to federal prosecutors in August of the previous year. Cole narrowed the focus of prosecuting marijuana possession and distribution, which is still an illegal substance in the country, to criminal activity including gangs and money laundering.

The wording in Sessions’ memo Thursday leaves those interested in legalizing marijuana in the Garden States wary about future moves.

“I see it as a knee-jerk reaction to California,” said Brian Staffa, chief operator at BSC Group, a Pennsauken and Denver, Colorado-based commercial scale management company providing services for cultivation, processing and retail cannabis facilities. “The wording is really vague and leaves it directly up to federal prosecutors to decide.”

Jill Ojserkis, an attorney and member of the cannabis practice at Atlantic City-based Cooper Levenson, agreed.

“What that might mean is that there really won’t be a uniform way throughout,” she said. “Federal prosecutors, that are appointed by the federal government, are going to have to, depending upon what they think is occurring in their state, look at the law differently. There could be really disparate ways of enforcing controlled substance act through U.S.”

But that doesn’t mean New Jersey, whose incoming governor, Phil Murphy, has supported legalization, should worry yet.

“The race is on between Vermont and New Jersey to be the first state to legalize in 2018,” Staffa said. “You might have potential investors and others that were interested in getting involved in the legal cannabis space now have more hesitation and may not be as gung-ho. But those already operating and states that have already planned, I don’t see any change whatsoever.”

When an organization like this puts out this kind of statement, prohibition’s days are numbered.#KochBrothers #cannabis https://t.co/JEmyxFobNd

“New Jersey is one of the wealthiest states and will be the No. 2 richest state with legalized cannabis, behind Alaska, which isn’t competing with New Jersey,” according to the post.

BSC Group touts New Jersey’s location — as a transportation hub, and having a competitive advantage since only states north of it have legalized—as well its highly educated and supportive residents. In addition, because it wasn’t a pioneer of legalization, the cost to start will not be as high for New Jersey.

“Many regulations will be drafted once and set in stone, unlike Colorado, Washington or Oregon, who have had to alter regulations dozens of times, costing the industry hundreds of millions in expenses and lost revenue,” BSC Group wrote.

If legalized, the industry will be economically beneficial for the state. But reports nationally of low profitability for business owners, because legalization brings competition that drives down the cost of products in a highly regulated — read: costly — environment could be an area of concern.

“As it relates to cashflow or tax revenue for every state, there has been overwhelming success. Most regulators at state levels are looking at legalization as nothing else than a revenue booster,” Staffa said. “To pivot from there, is it going to be as lucrative for operators? To me, competition is a good thing. If prices are driven lower that’s a sign of an efficient business model. This is from my perspective of eight years in the industry. Lower prices in the legal market do amazing things to stamp out the black market. And that’s why you regulate it, to get it out of the hands of kids and of those who shouldn’t have it.”

But there are those who consider marijuana just as bad as heroin, such as Sessions and his base, Staffa said.

Ojserkis said the memo Thursday will certainly give title companies, bankers and lawyers pause as the state waits to see who becomes the permanent U.S. Attorney for New Jersey and what that prosecutor’s stance ends up being.

“This has been really an area for a lot of legal scrutiny to begin with because of the fact that the laws regarding the business aspects, behind the scenes, such as selling property and getting the title insurance — because title insurance companies are uncomfortable with the (risks),” she said. “Federal banks, as opposed to state banks, have concerns. So, there is a lot of uncertainty and risk assessment. But the risk assessment was easier to make when you knew what the federal government enforcement priorities were — which were passed down, rather than left to individual prosecutors and states. There is going to be a lot more of states trying to reach some sort of accord, even if informal, with the federal prosecutors to see what they can and should do.”

Carpenito did not return a request for comment Thursday.

“The action taken by Attorney General Jeff Sessions to rescind the Department of Justice’s policy towards state-legal marijuana is wrong for the country and wrong for New Jersey. It is a regressive move that would deny the progress that is being made towards a criminal justice system that treats people fairly and that recognizes the broad public support for the legalization of marijuana for medical and recreational use.

“We have taken a cautious and thoughtful approach in studying legalization for New Jersey and we have learned from the experience of other states. We worked with public health officials, law enforcement and others to understand the most responsible ways to put in place laws, regulations and policies that would permit the safe use of marijuana in New Jersey. We will continue to work towards legalization and will resist any attempts by Attorney General Sessions or the Trump administration to impose its will on the states and to stop the progress that has been made to reform the prohibition-type mentality that criminalizes the use of marijuana.”

The real concern could come on Jan. 19 if the Rohrabacher-Blumenauer Amendment, which has prevented federal laws from interfering with the medical marijuana business in states where it is legalized, expires. Congress has been incrementally approving extensions for the past few months, the latest of which pushed the expiration to that date.

If it expires without renewal then, “That’s an entirely different conversation,” Staffa said.

Sessions’ memo also goes against the stance President Donald Trump previously took, to leave it up to the states, according to several reports.