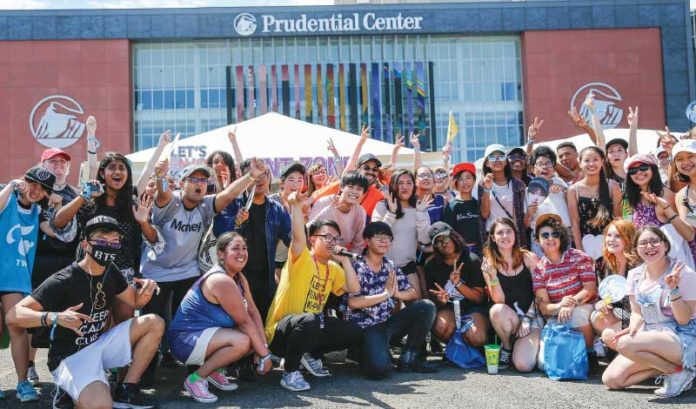 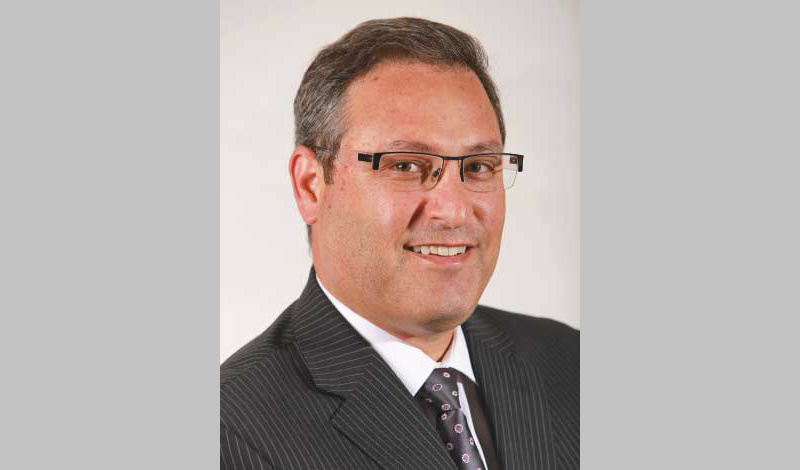 The Prudential Center was named the fourth-best facility in the U.S. in 2017 by Pollstar, a trade publication for the industry. One reason is ticket sales, which were up 56 percent, year-to-year..

And, while attendance starts with the building’s main tenant, the New Jersey Devils, the growth comes mainly from all of its other events.

A lot of the credit for that goes to Sean Saadeh, the executive vice president of entertainment programming, who came to the Prudential Center from the Barclays Center in Brooklyn in the spring of 2015.

The number of concerts in 2017 grew by nearly 30 percent. But, as Saadeh points out, the success stems from more than just volume.

The arena has made a push to host more multicultural events — “because there’s demand for it,” he said — and to do it with great food and a great atmosphere.

“We strive for an experience of great customer service, so visitors feel like this is their home for the next few hours,” he said.

Saadeh recently gave a few minutes of his time to ROI-NJ.

ROI-NJ: Let’s start with the booking of acts. Give us a behind-the-scenes look at how that is done, how you compete against the other arenas in the tri-state area — namely Madison Square Garden in New York City and the Barclays Center in Brooklyn but also Nassau Veterans Memorial Coliseum on Long Island.

Sean Saadeh: It really comes down to partnerships and relationships and telling our story here at the Prudential Center. We have a really strong story to tell, because we’re in a terrific market. I think it resonates with promoters and agents when they’re thinking about this marketplace and where they want to place shows. (Madison Square Garden and Barclays) are the New York City play. What we try to push out is that we are the incremental play to New York, and it’s a must play when it comes to maximizing this marketplace.

ROI: And yet, it doesn’t seem like New Jersey gets every act. Do some artists only want to play New York, or do some promoters only push New York? Is there any exclusivity in this market?

SS: I think it’s all artist-driven. It’s dependent on what they want to do and what they want to get out of the marketplace. We’ve seen artists that play all the venues. Case in point, Paul McCartney did all four venues. And then there are cases where we’re the only play. Garth Brooks is a great example; he did three shows. We get a lot of that with the cultural shows that we do very well with, like K-Pop (Korean pop music that draws heavily on audiovisual elements). Those are very strong in New Jersey and we’ll get the only play.

And there are times the artist only wants to play the Garden and do multiple dates, and not us, or they’ll come back around and play us at a later time on a different leg of the tour. Sometimes, you’ll see a show play the Garden and think there’s no New Jersey play, but six months later we’ll play the same show.

ROI: Attendance at non-Devils events was way up in 2017 (more than 30 percent, to more than 1 million). But the more amazing stat is that so much of the attendance comes not only from outside New Jersey (46 percent) but outside the tri-state area (23 percent). In fact, you had tickets purchased from someone in all 50 states this year. How do you explain that?

SS: As people continue to find the ease to get here and find it’s a great place to see an event, we’re starting to see a lot of people making the trek from Pennsylvania, Connecticut and upstate New York. We do get people form New York that will cross because it’s 18 minutes from Penn Station New York to Penn Station Newark. But the beautiful thing about where our venue is situated is that it’s centralized to a lot of different states.

We also do well attracting people from farther away with our multicultural events, because there are very limited runs on their tours. They’ll only do Newark as their East Coast play, so we’ll get people from all over just to travel and see those acts. We love doing those unique events, because it does tell a great story about what will draw here.

ROI: Let’s talk multicultural events. Why has the Pru Center made that such a priority?

SS: It mirrors New Jersey. New Jersey is very multicultural. What we’re basically doing is programming to meet our market and the demands of our market. We’ve seen success in Latin; we had a show with Ozuna that sold out. We had Hot 97’s Hot for the Holidays, that sold out. We embraced K-Pop before (others). And now that we’ve built a fanbase, our programming partners want to stick with us because it makes sense.

(BTS, a top K-Pop band, made Newark one of its three North American plays.)

ROI: All of these acts plus the Devils must make for a scheduling nightmare. How do you balance these dates — and how far out are you booking? Do you get late requests or is everything booked months (and years) ahead of time?

SS: It’s all over the place. With concerts, I have shows well into 2018 booked. I have Maroon 5 booked in the fall of 2018. I’ve seen a little of that trend even in the last couple years, moving it further and further out.

You’re always trying to find that right window to go on sale and capture the audience. So, sometimes it’s like this: Put this artist out on sale now, even though the show is a year from now, because I know this album’s got several singles that are going to roll out throughout the year, which will keep the momentum going on ticket sales.

It’s all dependent on the artist and what their strategy is and how they want to roll out the tour. As you know, today, touring is a major, major part of the careers of artists. It’s flipped from selling albums to putting out an album so they can go on tour and do their live thing.

We do a lot of events outside of concerts. We’ll book family shows two years in advance. College basketball is booked a year in advance. That can complicate our world, but also give us some clarity. The further out you go, now you can slot around.

ROI: Having the Devils as your chief tenant can complicate things as well. The team is off to a solid start and looks like a playoff contender. That’s great for the franchise, but it means you now have to available dates in April (and perhaps May) for the first time in years. How do you manage that?

SS: The timing of when the schedule gets released compared to the windows of concerts and other events can be challenging. We just work together with the hockey operations side.

They give us the dates when we need them, and I do the same. And when I take back a date, I give them another that might work.

ROI: Let’s get to the good stuff: food. It’s no longer an overpriced hot dog, burnt hamburger or a handful of chicken strips and fries. How big a part does food play at events?

SS: It’s so key. People now expect the food to be great, the experience of buying the food to be great. It’s part of the arena experience. We strive to have something for everybody, and we use a lot of New Jersey homegrown farm-to-table products. (examples) And, then, we also specialize food and drink for different types of events, just to expand on the experience for the fans. If it’s a multicultural event, we might tailor a food or a drink item to that, but I think really the focus is really trying to get people great quality food and get it to them as quickly as possible.

ROI: Sounds crazy. But not as crazy as the diva requests we hear artists can make of venues. Is that true? What’s the craziest request you’ve received?

SS: I hate to burst your bubble, but there’s not a lot of crazy things going on with these contracts.

As far as requests, what we see a lot of are vegan requests. These artists are now on the road so much they just want to eat healthy and be strong because so much of it now is this is their career, this is how they make their money. We’ve seen a lot of those type of requests compared with the crazy inappropriate requests from years gone by.

ROI: Let’s get personal. You came to the Pru Center two years ago after four years at the Barclays. But, you’re hardly an East Coast guy. You grew up in Southern California and worked in Arizona in the early part of your career. Talk about the move to this side of the country?

SS: I really love it out here. The whole atmosphere obviously is very different from my time growing up. And the climate is obviously very different. You have snow. But there’s something about the East Coast and the Northeast that has been such a great experience for me and my family. There’s such a great history of art and the changing of the scenes I’ve grown to love, though the snow can get old. I’ve only been out here for six years, but we love it.

ROI: I’m guessing you’ve learned New Jersey is different from New York, too. How has the move across the river been? (Saadeh lives in Westfield with his wife and three daughters.)

SS: I was in Brooklyn for four years and loved the neighborhood. But, when I took the job here, it really made sense for us to move into New Jersey for a few reasons. Ultimately, it was about really wanting to embrace New Jersey. I’m going to be at a venue in New Jersey and I really wanted to understand the marketplace and be a part of the community.

What’s interesting about New Jersey to me is that there is a sense of pride. People don’t like to speak out too loud about it, like it’s their secret. But there is so much pride about the individual towns that they live in. New Jersey is made up of a lot of towns and small cities; New Jersey is so proud of that. The environment and people in New Jersey mirror what our building is all about: pride and friendliness.

Giants, Jets say they will play without fans in stands

Clean linen: Boll & Branch, proving companies can do good and...