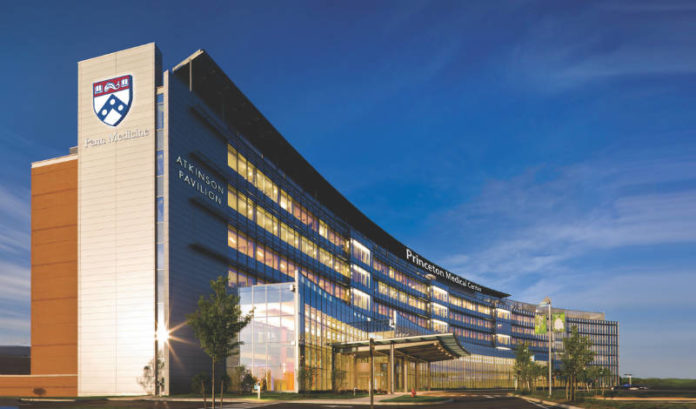 Penn Medicine has several affiliations with New Jersey entities, focused on South Jersey, but Princeton is its first acquisition across the border.

Princeton, which includes the University Medical Center of Princeton, Princeton House Behavioral Health, Princeton HomeCare and the Princeton Medicine physician network, will all be part of Penn Medicine as part of a deal that was first announced in December 2016.

“The joining together of Princeton HealthCare System and Penn Medicine represents an exciting new chapter in Penn Medicine’s growth. PHCS has an impressive reputation for providing high-quality care to patients close to home, and innovating in many types of community-based health and wellness initiatives,” said Ralph Muller, CEO of the University of Pennsylvania Health System. “Now, we can offer a powerful partnership to patients throughout the region PHCS serves, continuing the services they already depend on, coupled with access to world-class care for complex conditions and innovative clinical trials available at Penn Medicine.”

“This is a significant day in our history, and we look forward to being an even stronger organization, clinically and financially, as we continue to fulfill our almost century-old mission of serving this community,” said PHCS CEO and President Barry Rabner. “We could not ask for a better partner than Penn Medicine. Members of our community will continue to receive high-quality care right here, close to home. They also will benefit from easier access to the latest medical breakthroughs, clinical trials, cutting-edge technologies and specialized clinical expertise — both here and elsewhere in the Penn Medicine system.”

In a phone interview Tuesday afternoon, both CEOs spoke about the benefit in forming the entity.

Muller said that consolidation of hospitals has accelerated in the last couple of years, specifically to handle the jarring changes from the Affordable Care Act.

And the move is one that makes sense, Rabner said, citing recent market studies.

“We began a planning process two years ago to understand what changes were likely in the future and looking at ourselves, understanding what capabilities were needed in order to be successful. We concluded that being affiliated with a significant academic medical center would be in our interest. Fundamentally, the driving force wasn’t so much geography as it was the capabilities of Penn Medicine. Whether it’s the research they do or the training or the quaternary care that they provide. Those were all things we believe would make us a stronger organization. The timing has turned out to be interesting, to me, particularly because 2017 is the best year we have had in 99 years in terms of clinical outcomes, financial performance, patient satisfaction — that’s a perfect jumping off point for partnering and continuing to be successful in the future.”

Penn Medicine was chosen after discussions with at least 17 other potential partners, Rabner said.

The move makes sense, Muller said, since Philadelphia is so close to Princeton and Penn Medicine already saw about 25 percent of its patients coming from New Jersey.

This is the second instance of a Pennsylvania entity acquiring a New Jersey hospital.