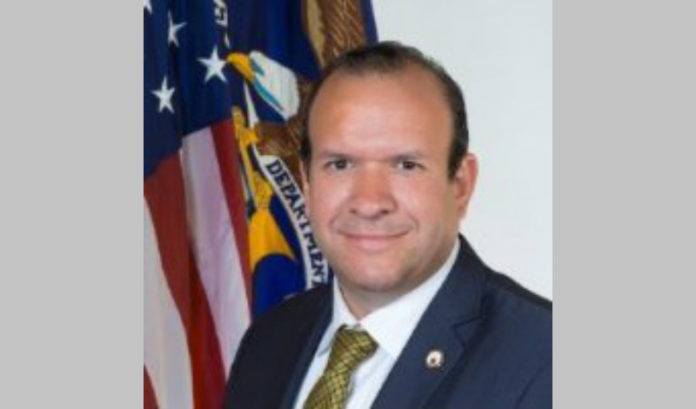 Gov.-elect Phil Murphy, saying the state needs new vision to build an economy suited for the 21st century and built with the protection of workers’ rights in mind, nominated Robert Asaro-Angelo to be labor commissioner Tuesday.

“Whether it be free community college or making job training more effective and inclusive, we need a Labor commissioner who will ensure the quality of our workforce development programs match the incredible talent of our state,” Murphy said in a release.

“Education and training are the keys to making our economy grow and ensuring equal opportunity for everyone. Rob Asaro-Angelo shares those values, and I am thrilled that he will serve our administration as labor commissioner.”

Asaro-Angelo, 42, is the principal for Working Solutions LLC, which he founded in 2017.

He brings, however, plenty of experience in government.

Asaro-Angelo said these experiences have prepared him for the role.

“To build a 21st century economy strong in innovation and infrastructure, New Jersey will need a workforce ready for the challenges and opportunities that come with progress,” he said in a statement.

“New Jersey needs to be put on an entirely new economic course, one that reflects our values — diverse, inclusive, innovative and backed by the best-educated, best-skilled workforce that grows and strengthens our middle class. And we must stand for the rights and protections of all New Jersey workers, regardless of background or profession.”

Murphy said he expects Asaro-Angelo will serve as a champion for workers.

“Issues such as wage theft and fair labor practices are not esoteric issues to me — it’s personal,” Murphy said. “Ever since I experienced wage theft working at a diner at the age of 13, I have known that it is wrong to take advantage of those working hard to help their families.

“Rob will ensure fair labor practices, fight wage theft and preserve the basic tenets of organized labor in our state. Now more than ever, our working class needs a champion, and I am confident that Robert will be that champion.”

The appointment of Asaro-Angelo was welcomed by Greg Lalevee, business manager of International Union of Operating Engineers 825, and Mark Longo, director of ELEC.

“We’re delighted that Gov.-elect Murphy has made the strong, sensible and experienced choice of Robert Asaro-Angelo as labor commissioner,” they said in a joint statement. “Mr. Asaro-Angelo worked in the Department of Labor under the Obama administration and is superbly qualified for this role.

“Having served on the Governor’s transition team, he is also well-informed about the challenges facing our state. His appointment heralds a coming age of economic growth, strong protections for organized labor, job creation, safety  and improved working conditions that will set the standard nationwide.”