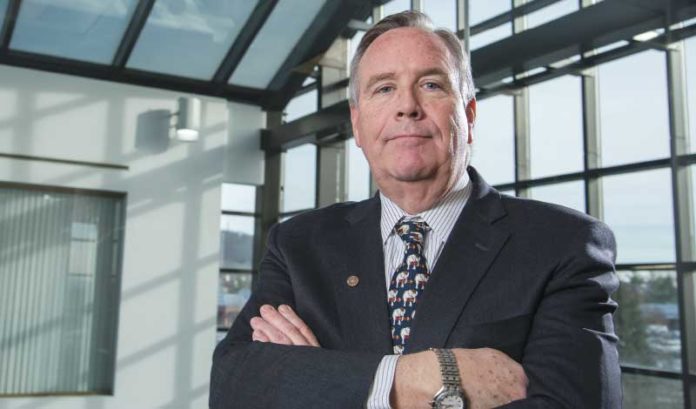 There’s a machine-versus-human calculus that’s going on in the world of money management.

The logline is that local firms specializing in financial advice are up against large competitors that have constructed battalions of robo-advisers — a high-tech automation tool that has made investment fees very cheap and the process devoid of human error.

It may not yet be that more financial advice is provided by machines than humans, but to say the industry is on that path isn’t hyperbole. Investors themselves — particularly those of a younger demographic — have shown they are willing to trust a robot for advice.

It comes down to this: If a robot can put more money in their pockets, then why not?

And, after conjecture about the technology being something of a fad, industry watchers have seen the robo-adviser model embraced at some of the largest firms in this space because of the ultracompetitive pricing it brings. And firms at the smaller end of the spectrum are paying attention.

BlackRock, the world’s largest asset manager, just last year made a decision to lay off career stock pickers and replace them with portfolio management machines. That company and fellow Wall Street behemoth Goldman Sachs struck a deal with robo-adviser firm Betterment to spread the new, automated approach to asset management far and wide. Wealthfront, which has lured clients in with a low-fee robo-advisory platform, manages billions in assets today with a doctrine of never utilizing human stock pickers.

John Babcock, president of Peapack-Gladstone Bank’s private wealth management division, sides with the humans, but understands automation is quickly changing the face of his business.

“On one hand, we don’t feel like we’re competing with the robo-adviser model, because we’re doing much more than a robo-adviser’s low-cost investing here,” he said. “That said, we’re constantly having to look at how technology is affecting our business, how our clients have different relationships with providers and how we continue to serve them.”

From the perspective of Babcock, whose institution is the largest bank-owned trust company in New Jersey, there’s a sought-after human element in money management that firms without automated advice systems can leverage.

It’s an approach that works for the bank’s particular client base, which has historically been people already retired, for whom preservation of capital is of paramount importance.

“The predominance of these clients will participate up-market, but are more concerned about withstanding down markets,” he said. “We know how to do that. And where humans in wealth management really add value is talking clients through those tougher times.”

That also ties into another fact about the robo-adviser trend, one pointed out by Fernando Garip, who heads M&T Bank’s Wilmington Trust wealth management service in New Jersey. He notes that the trend is something that gained momentum only at the height of recovery from the recession of a decade ago.

“A lot of things have yet to be tested in a down market, when the market finally reverses and a client wants to pick up the phone and want to talk to someone about it — not just to have a machine’s updated numbers,” Garip said. “Still, there’s no question technology is here to stay. Firms that are smart will not deny it’s happening, but embrace that machines are going to do tasks historically done by humans.”

No institution wants to have its services go the way of the 8-track.

In light of that, a lot of institutions are starting to embrace a cyborg-like blending of both human and machine solutions for financial advising services.

Richard Kroll, senior vice president of the wealth management arm of Investors Bank, implied that his organization was looking in that direction.

“The robo-adviser model will have a place, of course, and we’re preparing to develop what our own offering may look like,” he said.

The Short Hills-based institution is working with a third-party company on an automated financial self-help program for clients that will even include facial recognition technology that gauges and responds to cues about how someone feels.

But Kroll expressed some skepticism of the full-on automation being advanced in some segments of the financial world.

“From our perspective, there will always be a trust factor in face-to-face interactions that can’t be replicated on the web,” he said. “And, generally, we also serve a demographic that is — I wouldn’t say older, but more geared toward that approach.”

Less geared toward it are millennials. According to Capital One survey, only 69 percent said they would turn to a human for financial advice, even in times of market volatility.

You don’t have to tell that to Peapack-Gladstone Bank’s Babcock. He’s got two millennial-aged children of his own.

“So, I know well this demographic lives online, and really doesn’t want to take care of financial matters in person, so the automation might be great for them,” Babcock said. “There’s also interesting data that’s telling us we need to think about how we charge millennials to get them on the right road to investing and saving for their future.”

Wealth management fee schedules often have sliding scales that are based on an annual percentage of assets in a portfolio.

“But millennials are paying everything monthly — their Netflix, their cell phone bill, their dry cleaner,” he said. “So, the idea of paying based on assets and not a set monthly price is foreign to them.”

Babcock said it’s just another way wealth management firms are having to learn to adapt to a changing world.

“And it’s no surprise that the way things have been for decades won’t be the way it’s always going to work,” he said.

Despite the estate tax repeal, wealth management folks are not seeing the needle move much in terms of their affluent clients’ thinking about leaving the Garden State.

In fact, tax reform or other political forces might have made the situation slightly worse.

John Babcock of Peapack-Gladstone Bank said that a survey commissioned by his bank asked if Jerseyans would considering purchasing a retirement home outside of the state. In August 2017, 18 percent said they were. In December, when the details of the tax plan were revealed, the number increased to 23 percent.

“It’s not going to be so drastic that traffic jams on the Turnpike are going away anytime soon,” Babcock said. “But it’s enough to get us thinking about our future and if we need to establish some offices in key areas where our clients are migrating to.”

One wrinkle in this trend is that changes in technology — on top of changes in client expectations at wealth management firms — have made it so it’s possible to have the person managing your money not only be a stone’s throw away.

“It’s something the survey also asked — and we learned is that it’s generally not that important that a wealth adviser live in close proximity to them, as long as they have access to all their information online and ability to reach portfolio manager anytime,” he said. “That’s a much different response than what you would have gotten 20 years ago.”

Back to life: EDA board approves rules for Historic Property Reinvestment...