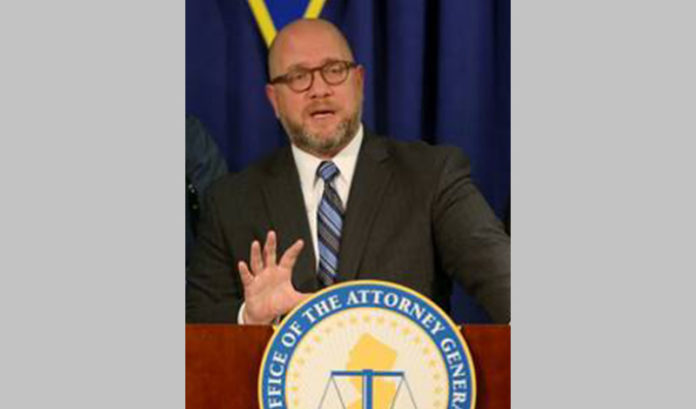 Porrino, who began serving as attorney general on an acting basis in June 2016 and was sworn in to the permanent role in August of that year, will be returning to Lowenstein Sandler LLP as chair of the Litigation Department, the firm announced Thursday.

Porrino was vice chair and co-chair of that department during his earlier time in private practice.

“Chris’ tenure as attorney general of New Jersey has been among the most productive in memory,” Lowenstein Sandler Chairman and Managing Partner Gary M. Wingens said in a prepared statement. “He is deeply respected across the political spectrum as a prosecutor, problem-solver and negotiator, despite serving during otherwise tumultuous political times. He brings with him to the firm a strong national reputation, and we’re excited for his impressive experience and leadership abilities to bolster our already-thriving litigation practice.”

Porrino had also served as Christie’s chief counsel, and as director of the Division of Law in the attorney general’s office. He will be the second former attorney general to join Roseland-based Lowenstein Sandler recently, which said Anne Milgram, attorney general from 1997 to 2001, was affiliating with the firm as special counsel to its White Collar and Tech Group.

“Lowenstein’s bench strength and national presence continue to grow, and the devotion and creativity of its lawyers are unparalleled in my experience,” Porrino said in a statement. “Given that this is my third tour at Lowenstein, the high esteem in which I hold the firm’s people and leadership should be clear. I am privileged to return to work with friends whose professionalism and talent I respect deeply.”

The second-ranking official in the attorney general’s office is also rejoining Lowenstein Sandler, as First Assistant Attorney General Peter Slocum will be a part of Porrino’s team with the firm. He, too, had been part of the Litigation Department before entering public service.

Murphy has nominated Bergen County Prosecutor Gurbir Grewal to be his attorney general.

Nominate someone for the 2022 ROI Influencers: Law