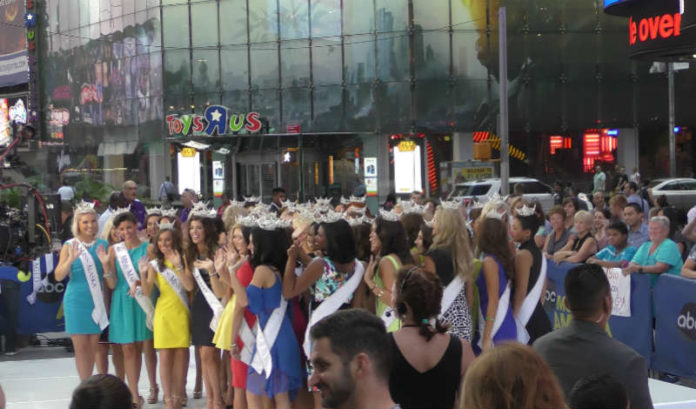 In 1921, some Atlantic City businessmen had an idea about extending the resort’s summer season and keeping the city’s hotels humming the week after Labor Day.

The idea was a revue of pretty women in bathing suits — an idea that became the Miss America pageant. But a lot has changed since then — with the pageant and with Atlantic City.

These days, the value of the pageant is measured in the amount of national exposure the city gets in the pageant’s annual telecast. And the pageant has insisted on ever-increasing subsidies from the city and/or the state as the show’s ratings declined.

Now, in the final year of a 2016 deal to provide the pageant with $4 million a year for three years from the Casino Reinvestment Development Authority, scandal has struck.

Thanks to some vulgar and abusive emails about former winners, the pageant’s CEO, president and most of the board are gone — and folks in Atlantic City are wondering aloud why the CRDA funds this organization.

When the deal was struck in 2016, the supporters of the $12 million subsidy cited the national exposure the city would get from the telecast produced by the pageant’s TV partner, Dick Clark Productions. But the show’s audience has shrunk from 8.6 million viewers in 2013, to 6.3 million in 2016, to 5.6 million in 2017. And the live performances from Atlantic City that, under the deal, were supposed to be featured on Dick Clark’s “New Year’s Rockin’ Eve” show, which reaches almost 60 million viewers, never happened.

In 2013, when the pageant was lured back to Atlantic City from Las Vegas, the CRDA cited a study promising $32 million in economic benefits for the resort. But in 2014, the CRDA told NJ Advance Media that it had never done any further study to determine the pageant’s actual impact.

This latest subsidy deal was a bad bet for Atlantic City from the start. And the current scandal makes it an even worse deal. At the moment, the Miss America Organization doesn’t even have a television contract. Dick Clark Productions has severed its relationship with the organization over the scandal.

John Palmieri, the head of the CRDA when the current deal was reached, says the CRDA “would be well served by severing the funding agreement and finding better ways to invest in community building activities.”

Democratic Assemblyman Vince Mazzeo summed it up well in a tweet: “Imagine the tens of thousands of additional room nights @Meet_AC could book with another $4 million in their budget. This is about ROI.”

I’m very glad to see changes in the @MissAmericaOrg, but imagine the tens of thousands of additional room nights @Meet_AC could book with another $4 million in their budget. This is about ROI. https://t.co/S1nY4UDMmx

(MeetAC is the CRDA division that books conventions and shows in the resort.)

The Miss America pageant may well reinvent itself in the wake of this scandal. But it should do so on its own dime. Because Atlantic City isn’t getting what it’s paying for.

Publisher’s Picks: What to look for when becoming an empty-nester

Build Back Better plan for child care, preschool will be bad...