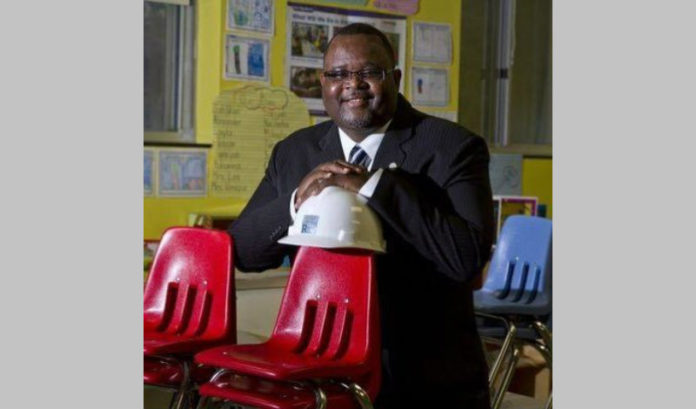 Gov.-elect Phil Murphy announced Friday that Asbury Park Schools Superintendent Lamont Repollet is his choice for commission of the Department of Education.

At a ceremony at Barack Obama Elementary School in the city, Murphy said Repollet will be tasked with overseeing improvements in public education and initiating a focus on vocational education, among other objectives.

“If we are to move ahead, we need strong leadership at the Department of Education with the real-world experience — both in an out of the classroom — to ignite an educational revolution. Dr. Repollet will be that leader,” Murphy said, according to a news release. “Ever since I began my campaign for governor, I have made it clear that one of my key focuses would be ensuring that every child, in every community, would have access to the very best education. In fact, the very notion of a stronger and fairer economy rests on a foundation of strong public schools that will allow all New Jersey children to get the tools they need to live their dreams.”

Repollet has been superintendent in Asbury Park since 2014, following nine years as principal at Carteret High School. The Carteret native, age 47, got his start in public education teaching middle school.

“Every student and every educator in every New Jersey classroom needs to know that someone has their back and will fight to help them achieve their dreams and live up to their full potential,” he said in the release. “From ensuring that every district gets full and fair funding, to creating the strong STEM curriculum that will drive our future workforce, to helping educators bring innovative teaching techniques into the classroom, I am committed to ensuring excellence in every school.”

Repollet has a bachelor’s degree from Trenton State College (now The College of New Jersey) and a master’s from Kean University, as well as a doctorate from Nova Southeastern University.

Workplace expert: Why managers are big now, senior leaders will be...