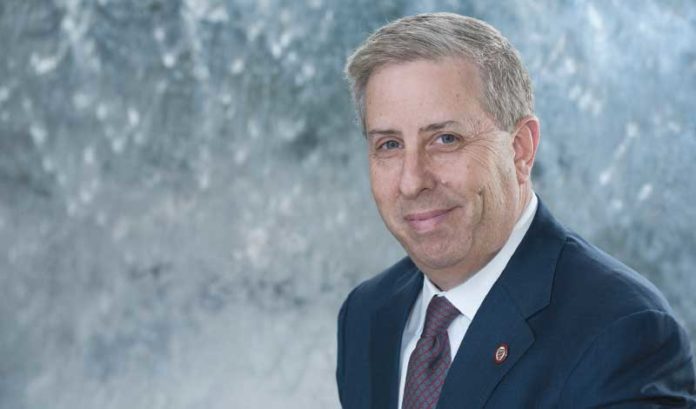 Two years ago, Elias Rauch and Jeff Gitterman, co-founding partners of Gitterman Wealth Management LLC in Edison, were thrilled to have the opportunity to speak publicly about a message they’re passionate about: You can make money while doing good with your money.

The 75 or so wealth advisers inside the modest venue weren’t the only ones to hear it.

Representatives from the United Nations have since approached the local duo to ask that they do a presentation for the organization on investing in a socially responsible manner, in front of at least 1,000 financial professionals.

At the same time, the two wealth advisers had started to nearly run out of venue space to talk to others about how the sustainability emphasis had become the thrust of their New Jersey practice.

Taking up the thought-leader mantle, Rauch and Gitterman began traveling outside the region to speak about environmental, social and governance (referred to by the acronym ESG): three factors considered central in measuring an investment’s sustainability and ethical impact.

They always mention one thing: They weren’t the first wealth advisers to promote this idea.

But it’s been evolving along the way.

Rauch said that there was a spectrum of wealth management firms also focused on this, but with very few being wholly dedicated to it. Over time, more in the industry have started to take an interest in it. That’s true both locally and across the globe, which is why the local professionals’ voices are being amplified now.

“The origin of this was that it was more about investing in a socially responsible manner, but conceding returns for doing that social good,” he said. “Additionally, it was a negative filter, in that they wanted to eradicate from portfolios those that were doing socially irresponsible things — environmental pollutants or alcohol or tobacco.”

Those two features of this sort of investing have changed over time, too.

Rauch said Gitterman Wealth Management has the tools and data to analyze these investments and come to conclusions that don’t require that clients concede competitive returns. It also involves an additive calculus that not only excludes certain investments but includes ESG investments.

Gitterman Wealth Management allows clients to get granular in their portfolios with deselecting companies that don’t score well by ESG criteria as well as adding investments judged as having a positive impact.

It has found success in a niche segment of the market that Rauch doesn’t expect to stay a niche for long, with trends on the horizon such as the increase of millennial clients.

“At the end of the day, people do want to put their money where their mouth is,” Rauch said. “We believe, in a decade’s time, this is not going to be a minority stake in portfolio construction, as in just a couple percent. It’s going to be entire portfolios.”

“When it comes to ESG, we’re leading from the wealth management side, and we hope it cascades over to the pension side,” Gitterman co-founder Eli Rauch said. “The hope is that we can develop a socially responsible strategy within the state’s pension system, but that would take a very different kind of effort.”

The firm works closely with university professor pensions. Rauch said those in academic circles have long demanded that their assets get invested in a socially responsible manner, and have made headway in getting universities to divest from fossil fuels.

“So, our academic client base is out in front of these issues,” he said. “But changing the entire state of New Jersey to be socially responsible in the same way is another issue altogether.”

It does happen to be an opportune moment to look at the prospects of doing so, he added, because the state is heading into a bidding process for pension proposals that occurs once every seven years. During the 2011 bidding process, the ESG space was not meaningfully involved, Rauch said.

“Now, as we go into 2018, we’ll have the capacity to get involved and present a comprehensive ESG-compliant strategy for New Jersey’s pension system,” he said. “So, it’s an interesting window that’s opening at just the right time for us.”