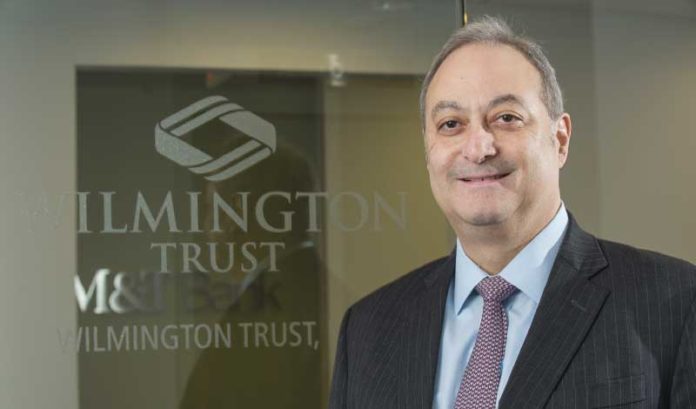 Like anyone even vaguely connected to the financial services industry, wealth management professionals see the Republican tax reform bill as presenting a highly consequential juncture for their sector.

Roy Williams, president and founder of Prestige Wealth Management Group, expressed that it’s also a time of opportunity. And all wealth managers are seizing on it.

“It certainly presents a lot of opportunities to re-evaluate long-term strategy with a financial professional,” he said. “There’s a lot that goes into what we provide to clients. And the (tax reform) is having an effect on every one of those areas.”

It means good business for wealth managers. But John DeAngelo, managing director and wealth adviser at the same Flemington-based firm, said there are also some clear downsides, such as the removal of a deduction specifically for wealth management fees.

“Still, it does benefit our business in a lot of ways,” DeAngelo said. “The more challenges out there for people, the greater the need for professional guidance. And our clients aren’t going to hire or fire based on a missed deduction alone.”

The typical wealth management firm client is — no surprise — wealthy. And whether that clientele has in the tax reform received a gift or not is up for debate.

“You hear a lot of times the talk about the wealthy benefiting from this, and it could be true in certain states, such as Florida or Texas,” Williams said. “In New Jersey, where we have real estate taxes and high income taxes, I think it’s very likely the wealthy will end up paying more.”

On the flip side, Williams said the anticipation of a corporate tax cut and money coming back from corporations’ overseas holdings has been a boon for an investor’s portfolio.

It’s complicated; and, ultimately, it points to there being a lot more than taxes involved in the sort of financial planning wealth managers do for their clients.

Fernando Garip, who manages Wilmington Trust’s northern New Jersey region, said clients have been eager to hear about potential impacts beyond their tax return, such as succession planning.

Garip said the situation today is one of private equity being flush with cash. And that money moving around is a trend that clearly comes to bear on wealth management.

“If a couple of owners walk away with significant cash as a result of buyout, they may have made money very unexpectedly — and are now faced with the question of, ‘What do I do now?’” Garip said. “They had all their money locked up in their businesses and suddenly (it) was unlocked and monetized in a liquidity event.”

Of the many implications of the tax overhaul, Garip rates this as the most significant for wealth management firms.

“We’ve seen several instances recently in which owners of companies have gotten offers on businesses they never dreamed they could’ve gotten,” he said. “Private equity is hunting for middle-market companies. It’s always a great prospect for us, too.”

Get out of town … the New Jersey Bankers Association’s members, a collective of banking institutions that stood to gain from corporate tax cuts, came out against the tax reform?

Getting out of town is exactly what Michael Affuso, one of the trade association’s leaders, said bankers were afraid might happen to their New Jersey clientele with the elimination of the state and local tax deduction.

“They knew they would probably see reduced taxes as C-corps and increased stock prices, but, regardless, they took a position antithetical to that because they felt it would be bad for their customers and bad for the state,” he said.

Affuso said the changes to the mortgage deduction — capping it at those borrowing less than $750,000 — also led to concern about how the local high-end housing market and residential mortgage business would fare.

From the financial advisory side of things, Roy Williams of Prestige Wealth Management Group is of the opinion that it’s having an immediate effect.

“I was talking with developer in Florida who was concerned because of the amount of clients here in New Jersey who can’t sell their homes between $700,000 and $1 million now, and so can’t buy in that range in Florida,” he said. “We feel it’s having a big impact on real estate.”

Reach Fernando Garip of Wilmington Trust at: fernando.garip@wilmingtontrust.com or 800-982-4620.