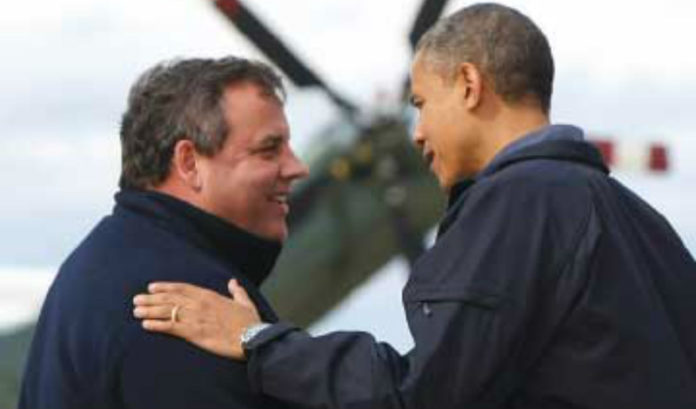 Any review of Gov. Chris Christie’s eight-year run in office should begin and end at the Shore.

Christie’s most ardent supporters will point to the leadership he exhibited in the hours, weeks, months and years following Superstorm Sandy.

And if you can remember back to when Christie’s leadership was amazingly good during a time that was horrifically awful — the state essentially was devoid of electricity and gas at a time when every function of the state government was crippled — his supporters will ask you to imagine what it could have been like.

They boast how kids were back in school within weeks, roads were fixed faster than anyone could have imagined and the Shore’s tourist industry was open for business by the next summer.

The recovery wasn’t perfect — issues getting aid to the right people in a fair amount of time still exist. But the recovery efforts were far better than how other areas have handled disasters.

Everyone involved in the aftermath says Christie deserves full credit for the leadership he displayed.

That leadership even included a handshake with President Barack Obama.

Christie was criticized for that gesture. Some say it hurt his presidential ambitions far more than Bridgegate. Others say it was a continuation of his bipartisan efforts with state Senate President Steve Sweeney and others — a move that enabled him to get so much done (early in his administration).

Of course, it’s been a long time since Christie has been given credit for anything.

Even his efforts to fight opioid addiction perhaps are not getting enough credit. They are a noble effort in an area where time is showing Christie was well ahead of the curve.

History may eventually help him rehabilitate his legacy. The further he gets from office, the more he may get credit for his efforts.

Take the 2 percent property tax cap. That may only be appreciated if it goes away.

Or the economic recovery of the state and the generous incentives that were used to rebuild many urban cores.

It’s fair to say our recovery seems to be lagging behind other states. But it’s also fair to say our economy is better by every conceivable metric. And fair to say Gov.-elect Phil Murphy will attempt to grow it in different ways than his predecessor. (Only time will tell us which way worked best.) Time, however, isn’t needed to pass judgment on everything.

Which brings us back to the Shore — and Christie’s greatest mistake.

The view of his role in Bridgegate is still mixed (and not necessarily based on which side of the political aisle you sit).

The view of his sitting on a chair at the Shore while the rest of the state’s beaches were closed to the public because of a legislative squabble may never fade.

No one, not even his most ardent supporters, will defend that move.

Was it an example of arrogance, hubris or a bad ending for a leader that had grown tired of endless attacks and low ratings, one who was still smarting from his failures in his presidential campaign and now realizing he had lost the ability to get his way back home?

Does it matter either way?

The only logical conclusion is that Christie’s run in office peaked and cratered at the Jersey Shore.

Manufacturing, STEM, logistics are keys to growing our economy

Why quickly rising COVID numbers (5,250 cases this weekend) may force...