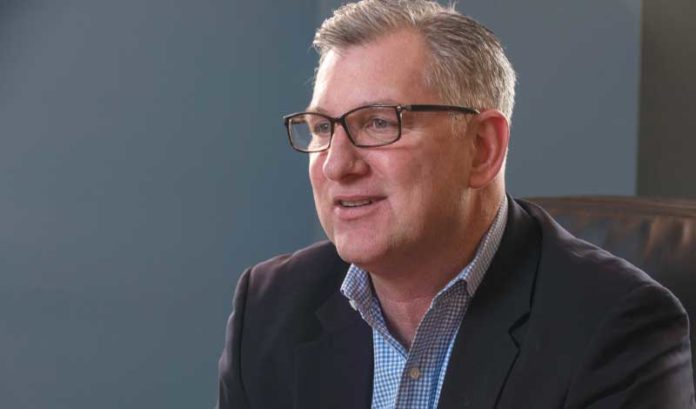 New Year’s Day marked the close of another successful year of business — and another year of more than $1 billion in revenue for one of the most profitable digital operations out there today.

The business of ransomware attacks.

According to FBI statistics, these hacks — in which a company’s computers are locked behind malware and only unlocked when a ransom is paid — are becoming more costly every year.

Kevin Gallagher, co-founder of information technology service provider Panurgy, is advocating cloud backup to New Jersey companies as a way of not boosting hackers’ salaries for the coming year.

“More companies are making the decision to switch over to the cloud,” Gallagher said. “Cloud backup has protections that mitigate risks like that — and more so today than five years ago.”

There’s no getting around the fact that such advice is self-serving, coming from the head of Cedar Knolls-based Panurgy, which offers a cloud backup service alongside a host of other IT products.

And, in years past, Gallagher would have been first to question the push to get everyone to embrace the cloud — or internet-enabled storage that spreads data across multiple servers and physical locations.

But he no longer does.

“There was a time when we were skeptical of the cloud, believe it or not,” Gallagher said. “We wanted to wait until it was ready for prime time. And we’re definitely there now.”

When the company launched in 1984, the cloud didn’t exist. Everyone had on-premise infrastructure for storage — and large infrastructure, at that time.

Gallagher said the progression of time has proved cloud storage to be preferable to investing in quickly dated physical infrastructure.

“In a traditional environment, you invest in servers and there is a lifespan to those things,” he said. “Even when they’re still working, you need to regularly upgrade these servers. And you add more storage, also with limited lifespans, along the way. It can get expensive.”

Alternatively, subscriptions with cloud backup service companies such as Panurgy allows businesses to pay for the amount of data being used and not worry about a costly refresh later.

This also removes a barrier to entry for startups that may not have the capital necessary for a major investment into physical servers, Gallagher said.

Gallagher has seen this be particularly advantageous for pharmaceutical startups.

“But the reality is, these services can work well in any industry,” he said.

“If you were to poll New Jersey companies and ask how many still have their infrastructure on premise, I think there’s no doubt it would be a large number,” Gallagher said.

“Back in the day, if you had a firewall or antivirus — you felt pretty safe,” he said. “As time progressed, and as hackers got better at what they do, there’s a need for more measures. Companies are becoming more aware of that, and more concerned about the security of their systems.”

Liability issues in general are a good reason for companies to start considering cloud backup options, Gallagher argues. Even a company with its own backup storage system on-site is still susceptible to power failures or other problems that can mean downtime, at best — or losing essential data, at worst.

There are companies that go the extra mile in keeping their data safe themselves. Gallagher said one of his firm’s longtime clients, a construction company, has everything it needs in terms of backups stored in a different location. So, even if the company’s own building were to be hit with something catastrophic, like a fire, the company wouldn’t lose its data.

“So, really, they’re totally fine,” he said. “But guess what? They’re paying for it. There’s a lot of costs associated with going down that road. It’s a choice they’re making.”

It’s the companies that aren’t choosing to do any planning at all that are in trouble.

“Those are the folks that are really vulnerable — and that’s a lot of companies,” he said. “They don’t want to write that check. But it might be a bigger one they’re writing because of it.”

Like stepping through a time machine, cloud backup can reverse a company’s system to 15 minutes prior to the moment a hacker infiltrated it.

“It’s important to have a backup in order to do that,” Kevin Gallagher of Panurgy said. “If you get breached, you want to do away with whatever was a result of that attack and get back to business.”

Popular cloud storage services that you upload files to — such as Dropbox or Google Drive — may not function the same way, because a company can unknowingly upload corrupt files. Additionally, the services may not be backing up a company’s system or offer a way to revert back to a clean version in a way that doesn’t involve paying a hacker’s ransom.

“With our solutions, you’re backed up not only to our data center, but also to a data center in Seattle,” Gallagher said. “So, if something were to happen here, their data is still safe.”