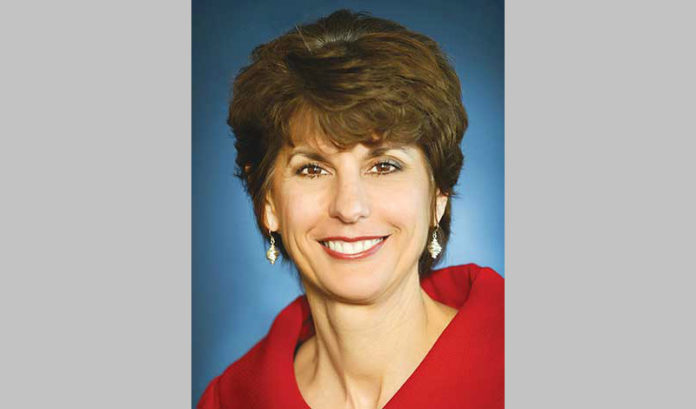 Talking Points is an occasional feature in ROI-NJ that recaps key points of view across the state. Lori Grifa is a partner at Archer & Greiner P.C., and a former commissioner of the New Jersey Department of Community Affairs.

I represent developers of hospitality properties, specifically hotels and restaurants. Last year, on at least five separate occasions, municipalities demanded partial affordable housing payments when my clients sought building permits, despite the fact that, since 2008, the law provides that this fee is not due until the end of construction — not at the beginning.

Upon my intervention, some towns quickly withdrew their requests and others reluctantly retreated. At least one township attorney, however, stubbornly insisted that the 2008 statute dealing with this issue did not apply.

This year, it is my fervent hope that municipalities will recognize and implement this now 10-year-old law and finally stop this practice.

Nonresidential developers have paid these fees into segregated funds held by municipalities, without regard to the municipalities’ enthusiasm or lack thereof for creating affordable housing within their boundaries. Indeed, by 2008, some municipalities had stockpiled millions of dollars of fees that had been paid in good faith but never spent. To remedy this practice, that year the Legislature enacted a forfeiture provision for funds not committed to projects by 2012.

This statewide law replaced “payment in lieu” fees that were implemented, with COAH’s blessing, by local ordinances with wide disparities across the state and little relationship to the specifics of where and when the affordable housing would be built in relation to receipt of the payment.

But that same statute also provided for the timing of the payment of the fee, providing in relevant part that: “The payment of nonresidential development fees required pursuant to sections C.40:55D-8.1 through C.40:55D-8.7 shall be made prior to the issuance of a certificate of occupancy for such development. A final certificate of occupancy shall not be issued for any nonresidential development until such time as the fee imposed pursuant to this section has been paid by the developer.”

Thus, the law clearly links the payment of the fee to the issuance of the certificate of occupancy, and there is no provision for an upfront payment, nor a partial payment or deposit. The fee is not due before then. Yet, many towns continue to demand an upfront payment.

In fairness, the demand for an upfront or partial payment is not without some historical basis. In the years before the enactment of the statute, partial payments of the fee were provided for by the COAH rules, adopted in COAH’s Second Round, which governed the period from 1994 to 1999. When those rules expired in 1999, the practice held over until Third Round Rules were adopted in 2004 and revised in 2007. However, the 2008 statute superseded the agency’s rule and this earlier practice nearly a decade ago.

Recognizing that some municipalities are simply operating on outdated ordinances (COAH historically provided model ordinances for the convenience of local governments), it is hard to understand why some municipalities are so unwilling to recognize the force and effect of the 2008 statute. These monies have never been available for anything other than affordable housing and, since many towns have been reluctant to build or fund it, it is puzzling why construction officials and town administrators continue to demand receipt of this dedicated payment many months and even a year or more before it is due.

Even though COAH no longer functions, its parent agency, the Department of Community Affairs, obviously still does. DCA could issue an instructional bulletin through either its Office of Local Planning Services or its Division of Local Government Services, reminding local governments of the appropriate procedure for this fee assessment. In the vacuum left behind by COAH’s demise, DCA could easily provide this guidance. It should.

The League of Municipalities is similarly poised to provide this guidance. It should. Finally, developers can assist in the process by addressing the issue at the time the building permit is solicited, by asking for an estimate of the COAH fee and reminding local officials when it is due.  Developers also can provide the requisite form, which does not provide for a partial payment.

The issue is not complicated.  It is statutory, and municipalities just need to follow the law.