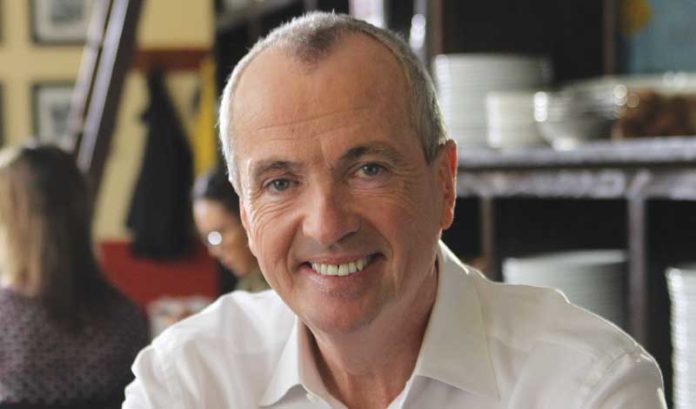 He has made a strong statement in diversifying the top positions in the state; effected changes in some industries that are preparing to see his campaign promises realized; and started working with legislators on measures and issues he wants to address.

Here are some key industries and issues to watch for as the state prepares for its incoming Democratic leader, who will be inaugurated Tuesday, and what some of the state’s top officials and business leaders have to say about them:

Despite the recent potential hiccup caused by a memo from U.S. Attorney General Jeff Sessions, the issues has created a buzz in the industries that stand to gain. Health care lawyers are now identifying themselves as cannabis lawyers, cannabis practices are cropping up, the real estate industry is pitching its prime locations and experts from Colorado are setting up offices in the region.

In a tweet last Wednesday, Jersey City Mayor Steve Fulop voiced his support: “I’m a supporter of legalization of marijuana + in next few weeks our planning dept is going to clean up JC zoning laws so that we can get ahead of where we’ll allow/not allow dispensaries, grow facilities etc. we want our zoning to be clear w/community input + to avoid lawsuits.”

The tax reform at the federal level has certainly put a damper on the initiative, and has Senate President Steve Sweeney (D-West Deptford) taking a step back and looking for an unofficial task force to study the potential impact in light of the Congressional action.

After Gov. Chris Christie’s last State of the State, Sweeney said: “It’s really early, and I didn’t say I was against a millionaire’s tax. I said what’s happened in Washington causes us to take a step back. If we look at taxes, it’ll be a done in a way that helps move the state forward, not move it backwards. There’s a smart way of doing it and a not smart way of doing it.”

The recent letter from Murphy to NJ Transit’s senior officials, asking for resignations, caught the attention of many last week, but the administration has already been making moves behind the scenes. A recent joint Senate and Assembly committee hearing was held to collect information on the long-delayed train control system that can stop derailments and crashes, as well as staffing and revenue concerns of the agency.

Assembly Judiciary Committee Chair John McKeon said at the hearing: “Our goal is to have that in the next 30 days to assist the new administration in turning this transit agency into the best agency in the nation.”

The state is primed for greater startup activity with the biopharma sector, tech sector and health care all focused on and invested in it. With a growth of innovation hubs and incubators in the state in the past two years, and Murphy voicing frustrations over New Jersey’s slow pace of growth with startups, there is bound to be greater focus on this area of growth.

The New Jersey Tech Council’s James Barrood recently said: “There’s a consensus in the tech community in favor of tech policies combining financial incentives, lower taxes and more flexible regulations. It’s not about choosing just one element: These all combine to support R&D, nurture invention and help entrepreneurs take breakthrough innovations to scale. Gov.-elect Murphy can learn from former Mayor Michael Bloomberg’s playbook, supporting New Jersey’s tech and innovation ecosystem with many of the tactics, tools and publicity efforts Bloomberg utilized across the river. Murphy’s impressive network of industry, government and high-profile figures suggests he can exercise similar types of leverage here, if he chooses.”

It’s an issue that public employees are also dealing with, and requires an innovative direction in light of the predicted slow gains in stocks. Sweeney said the issue is one that Murphy has extensive experience with from his former life on Wall Street, and he is waiting to give the governor-elect a chance to take his place in the political arena before moving forward.

The idea is one that aligns with a growing pocket of support for public banks at municipal levels in major cities across the country. There are those who have suggested the Economic Development Authority could be an existing avenue repurposed to reflect the public bank idea, while others believe it will be a heavy lift to create an institution just steps outside Wall Street.

Law firm Brach Eichler, in discussing marijuana, supported the idea: “The Murphy administration has been advocating for a state bank, which, so long as it truly can exempt itself from federal oversight, could overcome (financial crime enforcement) obstacles and build a customer base with an expected $2 billion in deposits. This could create an excellent environment and a great start for an institution whose mission is to provide loans that stimulate small business activity. But that would mean launching an unprecedented banking enterprise very quickly.”