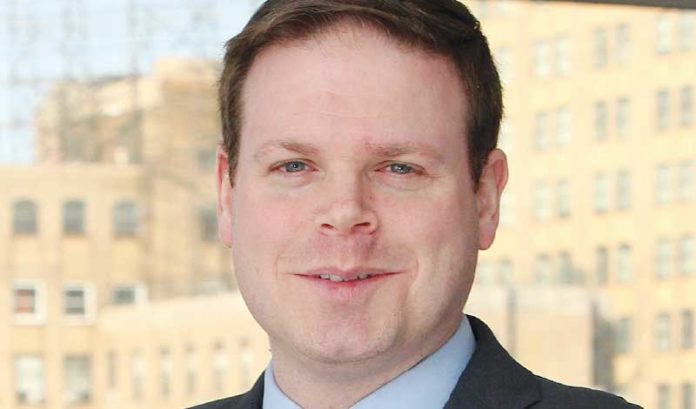 The fact that Timothy Ferges has to reckon with technology in his legal practice is easy to see.

Ferges deals with estates. And, as he explained, fewer of the 21st century individual’s possessions are things you can touch.

As a trust and estates attorney at McCarter & English LLP, Ferges has to assist in helping figure out how property will be managed on death or incapacitation — even if that property is a Facebook page.

It has been a confusing position to be in — until recently, when New Jersey enacted the Uniform Fiduciary Access to Digital Assets Act. The act, which became effective as of Dec. 12, clarified that an individual has a property right to their broadly defined “digital assets,” and that those assets can be managed by a fiduciary appointed to do so.

“This is important, because such a significant portion of property is being replaced by digital assets today,” Ferges said. “For many people, a whole virtual estate exists and, unless someone designated can get into these accounts, they may be lost forever.”

In the event of a person’s death or incapacity, an executor of an estate plan has been officially allowed to be designated access to password-protected online accounts under the act. More than 30 states have passed a similar law, giving a wide swath of lawyers power to compel custodians of digital assets — Google and other big-name tech companies — to let them in.

There was formerly no reason the tech companies had to do that. Ferges said the terms of service that users agree to upon registering with a website were the final word on such matters. Those agreements typically don’t include provisions about fiduciary’s accessing and managing an account.

Often, the only recourse was to get a court order. But New Jersey’s new statute has cleared up the legal ambiguity surrounding the obligations of custodians of digital assets such as email accounts, cloud-based storage accounts and more, Ferges said.

“And it’s important that attorneys become educated on the various types of digital assets a client may have today,” Ferges said. “They should become familiarized with it because there is no doubt their clients own an array of these assets, and that they’ll need to know how it operates.”

Allan C. Bell, chair of the Sills Cummis & Gross Trusts and Estates Practice Group, said his own experience is that these digital assets primarily have sentimental value for beneficiaries, even if there is the possibility of a financial layer.

“For some, it’s almost like these are family heirlooms,” he said. “These are assets that hold significant emotional value, such as photos or online family histories. Right now, I’ve had more experience with that than assets of significant monetary value.”

Outside of the collections of books, music or other content that the decedent may have purchased online, Bell said it’s conceivable that an online domain or other accounts for services in a person’s name carry a hefty business value.

Ferges added that there may also be situations in which the person handling a will is attempting to inventory someone’s assets, but encounters a dearth of hard copy records due to the increase of online statements. He said a fiduciary may need to access to an email account to get a fuller view of total assets in such cases.

Both Bell and Ferges stressed the importance of people thinking about what to do with their online presence — whether deleting or saving accounts — and considering adding language in wills to that end.

“This should be an important consideration for people,” Ferges said. “If you don’t plan for this, you’ll be stuck with an agreement which may preclude any access to an account that may have information or other things that are of great importance.”