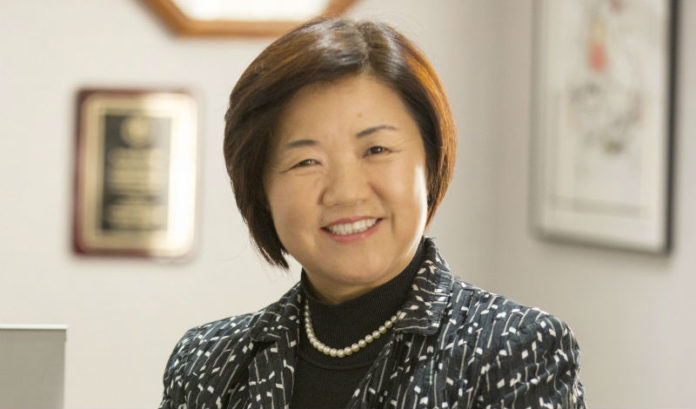 The Asian health services program at Holy Name Medical Center has been growing steadily in the past few years, and is gaining national recognition for its success.

It began more than seven years ago with the Korean health services program, and has now expanded to five veins, including Chinese and Filipino, which were added in 2016, and Indian and Japanese, which were added last year.

The program’s vice president, Kyung Hee Choi, has been championing the effort since its inception, with the support of the Teaneck hospital’s senior leadership.

“We talk about managing health at a large scale, at the community level, as opposed to just fixing health problems one problem at a time in a hospital setting,” she said.

In fact, she has even been invited to speak about the program at the American Hospital Association, and has been approached by health care providers from New York City, Chicago and as far away as California.

The program in New Jersey has grown significantly through the amalgamation of 280 Asian-American physicians affiliated with the hospital in northern New Jersey.

That spills outside the home county of Holy Name, Bergen, and into Essex and Hudson, the “gateway” counties of New Jersey, Choi said.

The hospital is now formalizing its cultural sensitivity lessons learned into a format that can easily be disseminated, through the media and organizations, and can be copied anywhere.

“It should be of interest for all health care providers … especially as a new business model,” Choi said.

The key to success relies largely on the lessons learned after rolling out the Korean services first — which implemented simple items like seaweed soup for women post-birth, and Korean channels and newspapers — and the infrastructure that was set up at that time.

“Once there is a solid program, a comprehensive program, that is tried, tested … the lessons learned —  how to reach out to the community partners, how we recruit physicians, what are the success factors and key ingredients — it’s just a matter of expanding the infrastructure,” she said.

The Indian program included expanding Holy Name’s presence into community centers in Hudson County, where there is also a large population.

And there are common elements to each group, despite the cultural differences.

“Over 10 years, we have accumulated the know-how of culturally sensitive care, especially with patient-centered care,” Choi said. “Everyone has a culture.”

And that goes beyond ethnicity and religion, and includes sexual orientation and preference as well.

“We really need to start with understanding where patients are coming from and what are their culture and value systems,” Choi said.

And learning where there are gaps in care and why.

For example, older Asians have greater instances of five specific cancers, and they also tend not to have health insurance. Through the program’s efforts, 7,000 previously uninsured individuals were signed up for the Affordable Care Act last year.

But surveys show there is still more work to be done.

“The results clearly show that there are disadvantaged population segments, especially African-American, Latino and Asians. We still have quite a bit of a gap to close,” Choi said.

Double strength: BD able to check for COVID and influenza with...

Bayer to sell animal health business for $7.6B