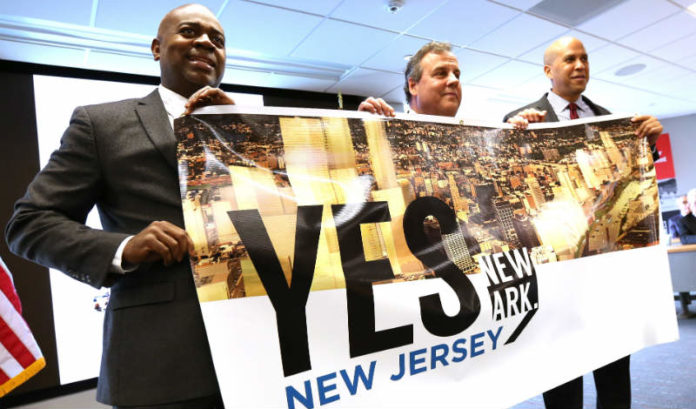 Amazon’s announcement that Newark was one of 20 finalists for its second headquarters, dubbed HQ2, drew joyful reactions from politicians all over the state.

While Newark was the only New Jersey entry on the list of 20, Philadelphia also was selected as a finalist, pleasing those in the Camden area, despite the fact that Camden’s entry did not make the cut.

Here’s a look at some of the reactions.

“In the last decade, Newark has experienced unparalleled growth, paving the way for many new companies to call our city home. From a highly educated workforce to a robust transportation network and central location with strong anchor institutions, Newark offers many strategic logistical benefits that would help Amazon HQ2 thrive.

“As a former mayor of Newark, I am so proud of how far our city has come during my tenure and since, and of all the work my mayor, Mayor (Ras) Baraka, has done to bring us to this point. A Newark HQ2 would mean tens of thousands of local jobs, a boost to our regional economy and small businesses, and an opportunity for Amazon to take a tremendous stake in the continued transformation of our great city.”

“Bringing Amazon’s second headquarters to New Jersey would provide substantial and long-lasting benefits with new jobs and sustained economic activity. New Jersey has what it takes and Amazon recognizes that. We have all the attributes that would make New Jersey a prime location with a skilled workforce, the best colleges and universities and a strategic location with access to highways, airports and shipping ports.

“Acting proactively with a specific plan was the wise thing to do. We have now moved much closer by having Newark selected as a finalist. We stand behind the proposal and we will continue to work to convince Amazon that New Jersey is the best location for their new headquarters.”

“This is great news for Philadelphia, Camden and South Jersey. We believe if the Philadelphia metropolitan region makes the final cut, it will be a win for the overall region and that it will benefit our area with billions of dollars in new development and more than 50,000 new highly paid employees. Furthermore, we believe that Camden City’s rebirth and economic growth in Camden County had a direct impact on the proposal and played a key role in boosting it to the next level.

“Of course, we would have been overjoyed if the Camden proposal made the cut, but when I sat with the Philadelphia director of commerce, Harold Epps, a month ago, I told him and the Philadelphia Economic Development Corp. we would be working with the city if they were picked and if Philadelphia makes the final cut. There is no question in my mind that Camden and South Jersey would feel a positive impact based on the size and scope of the investment Amazon would bring to the region. I would be remiss if I didn’t remind residents that a rising tide lifts all boats and this corporate e-commerce giant would deliver a long-lasting wave of economic growth if our region captures it.”

“It is a great day for the city of Newark. We are ready to take on a new venture and to serve as Seattle’s counterpart in hosting Amazon’s new headquarters. We have all of the assets to not only meet, but exceed Amazon’s needs as it grows its operations. From access to the top professional talent in the world, a robust transportation network, top-tier universities and an arts and entertainment scene that will benefit the company and its workforce. We are also a unique tech hub, and hold the distinction of having the fastest internet in the country.

“Hosting Amazon would be an enormous win for our city and the entire state, creating tens of thousands of jobs, generating billions in investment and contributing significantly to our economy. I am grateful the Legislature committed its support to bringing the headquarters to our state, joining the elected officials at all levels who are working to make this happen.”

“As a legislator who represents Newark, I cannot be more proud that our city is getting the recognition and spotlight it deserves. Newark is experiencing a transformation with increased economic activity and redevelopment, and I believe we are the perfect suitor for this company. I want to thank the elected officials and residents who rallied behind this effort. I’m proud of all we’ve done to get here, and I’m committed to working to push us over the finish line.”

“I’m extremely happy to hear that the Philadelphia metro area will be a finalist for Amazon HQ2. Certainly, we still believe that Camden is the best possible place for Amazon; nevertheless, we know and we’ve said before that the city will see a tremendous benefit if our region makes the final cut. In fact, we are throwing all of our support behind the Philadelphia proposal, because if Mr. Bezos decides to locate in Philadelphia, Camden, South Jersey and the Pennsylvania suburbs will be flooded with billions of dollars in economic development.

“More than 50,000 highly-skilled Amazon employees flooding the region would be a game-changer and transformational for us and the rest of the metro area. That said, we are cheering on our colleagues in Philadelphia and stand ready to assist their proposal in any way possible.”

“I’m very excited to see that Newark remains under consideration for Amazon’s new headquarters. Amazon received proposals from 238 locations, so to have Newark rank among the final 20 is great news. I remain confident that Amazon, when it takes a close look at each finalist, will realize that Newark has everything it needs. It’s the focal point of a massive economic region, featuring a burgeoning technology center, the nation’s fastest internet, world-class transportation infrastructure, renowned higher education facilities, an amazing culture and history and a diverse and talented workforce.

“No place in America offers the great potential that Newark does for Amazon. Newark is the ideal location, and New Jersey’s recently approved incentive package will ensure economic development, innovation and job creation for years to come. I look forward to this process continuing and Newark getting the opportunity to shine.”

More from ROI-NJ on Newark and Amazon:

Murphy announces he will nominate Persichilli for health commissioner